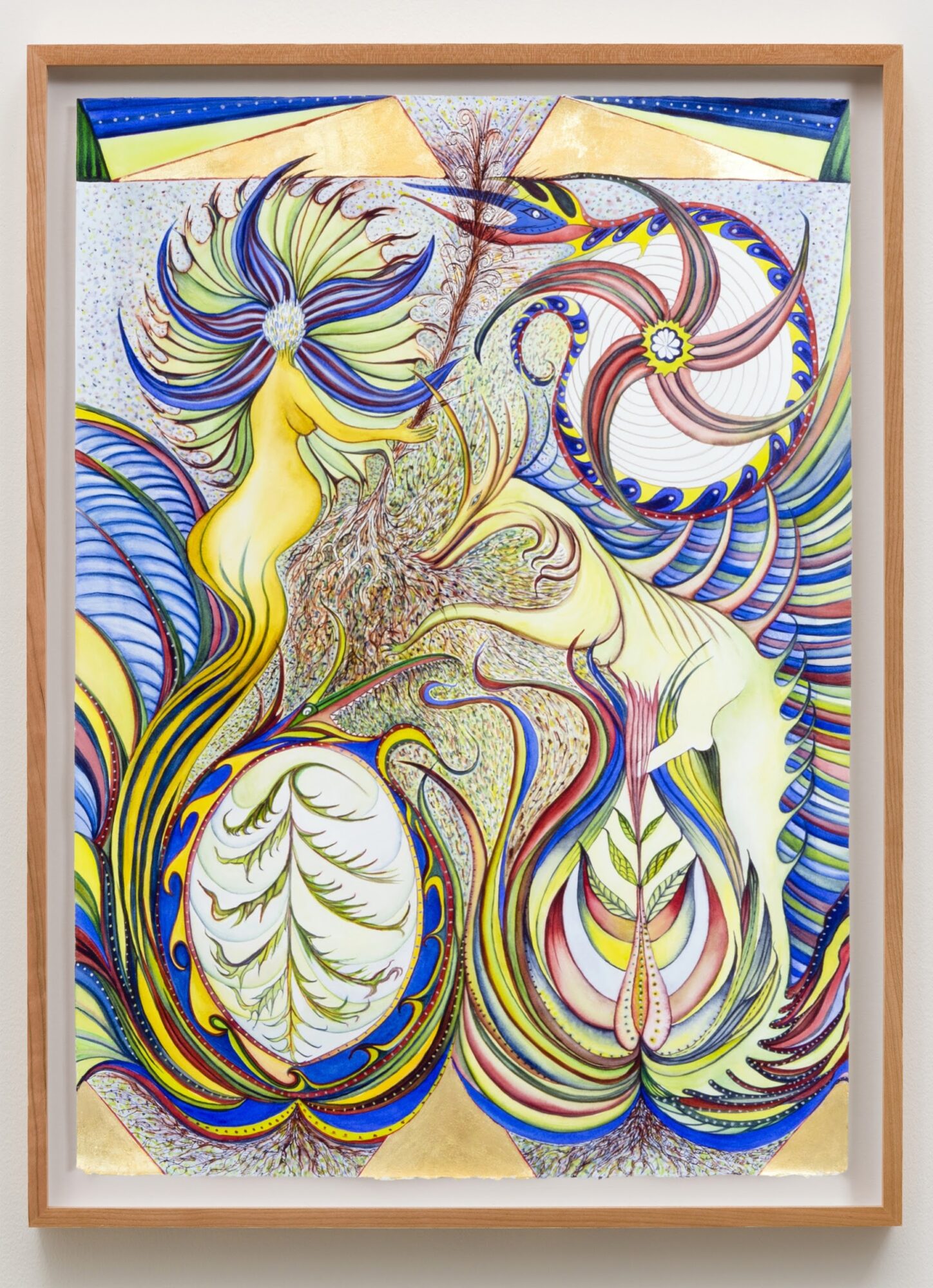 Sisters of the Sun:
Faith Wilding and Sarah Ann Weber

Oak trees are starting to bud, the daffodils and hyacinths I planted last fall are entering full bloom, and even the odd rabbit hops across the lawn, much to my terriers’ frustration. It’s Wednesday, April 22, 2020, the fiftieth anniversary of Earth Day, and week six of Illinois’ shelter-in-place order. First celebrated in 1970, this global movement to drive transformative change for people and our planet remains relevant, necessary, and urgent – perhaps more so than ever before. The activisms of the 1970s and 1980s continue to resonate with so many of us. What do they have that speaks to us now and what strategies need to be deployed to bring them into the present to do another day’s work?

We find ourselves in a new geological epoch, the Anthropocene, one which begins around 1950, defined by radioactivity, plastic pollution, and concrete. Mother Nature, for millennia depicted as a goddess, bears witness to the folly of man as his collective activities dominate the planetary ecosystem. In her 2020 lecture at Vermont College of Fine Arts, Faith Wilding spoke of a tension between nature and culture, a tension that has destructively played out as Global Warming. My thoughts go back to COVID-19 and its—arguably—manmade origins, through our species’ encroachment on the natural world. Thomas Lovejoy, the “godfather of biological diversity” has stated that two to four viruses are created every year due to human interference. (1) As humanity—or essentially capitalism—extends itself like tendrils across the Globe, is it not inevitable that, in some way, we become a hybridization of ourselves and the world around us? How does this crisis allow us to evaluate our current economic and political situation and, in the words of Wilding, create a safe space for manifold life forms and forms of living? Perhaps this translation matrix of activisms, this hybridizing of forms, is one of moving beyond being human? As scientist Martin Rees quipped, “Human societies could navigate these threats, achieve a sustainable future, and inaugurate eras of post-human evolution even more marvelous than what’s led to us.” (2)

At the University Club of Chicago, the institution where I serve as curator and caretaker of the permanent collection, two works from Wilding’s Pages from the Scriptorium series (1983) are a resonant example of this hybridization of forms, beings, and energies. One work depicts a human form, overlaid with angular black dogs, as if being consumed; in the other, the human form (for which Wilding used her own body for scale) is intertwined with three ultramarine birds, twisting around her in a delirious dance. These works—worlds within worlds—map topography, time, culture, and psychic space onto one another, connecting past, present, and future, carving out a place that allows for notions of time that intersect the imaginary space of the viewer standing before them. (3)

In her new series of watercolors Wilding continues to explore the mapping of individual identity, collective conscious, and cyclical time. In the painting 3 Dragons, 1 Goddess (2020) we see the merging of spirits depicted; the goddess sprouts from deep in the ground and her head bursts into flower, in anticipation of a delicious moment yet to come. Her body is curvaceous, her belly pregnant and her breasts swollen; she is fertile and so is the golden land from which she grows. This series of delicate watercolors, characterized by loose spirals, concentric shapes, and flowing lines, speaks to Wilding’s embrace of pleasure, joy, and unapologetic sexuality.

Returning to the question of adopting, adapting, and advancing activist strategies from one decade to the next, the work of Sarah Ann Weber, luscious and brilliantly pigmented, ache with the promise of 1970s utopian politics (so clearly articulated in her installation Chicago 1969, presented at EXPO CHICAGO 2019). Those activisms—specifically those of the Women’s Movement—have been shaped and reshaped by the interests and desires of those who bore witness to them: the videographer who documented the events, the historian who writes about them, and the artist who mediates their memory. Today a new generation of artists mine the chronicles of the Women’s Movement for its political significance, adapt strategies and tactics for the 21st Century, create their own futures, and write their own histories.

Wilding and Weber form part of an inter-generational lineage of West Coast female artists, both with deep connections to Chicago and practices that embrace the nuances of paper and performance, watercolor and collage: so-called “women’s work.” From seminal performances such as Waiting (1972) to the three-part installation Embryoworld (1997-98), which addressed newly emerging reproductive technologies such as IVF, Wilding has continuously critiqued notions of the knowable and the easily coherent (female) self. Weber creates intoxicating floral works that ensnare the senses with carefully rendered colored pencil and watercolor and, in more recent works, with the stripping back of the image with sandpaper, the temporal mining of a water soluble medium. Look closely and, nestled amongst her dense, psychotropic environments, you will find androgynous (human) subjects. As with Wilding’s work, using pattern and decoration, we see these figures hybridize with the polyrhythmic flora and fauna around them.

These promiscuous and chaotic scenes nod to the aesthetics of the late 1960s, a time when Wilding was studying for her undergraduate degree at the University of Iowa, during the heady days of First Wave feminism. Weber and Wilding embrace the exuberant, the seductive, and the power of female sexuality. Rather than Weber’s work being a simple aesthetic quotation of the earlier period, this deployment of concentrated pigmentation, fluid scale, and female eroticism is a bridging of two moments in time and, for this virtual Frieze New York, two artists. Wilding has long explored the topic of environmentalism through the lenses of both art and feminism. Today, as just under 300 million Americans are under some form of shelter-in-place order due to COVID-19, a return to the transformational politics of the 1970s to address issues regarding the environment, the economy, and intersectional feminism seems tempting. I therefore return to the question: What do the activisms of previous decades have that speak to us now and what strategies are needed to be deployed to bring them into the present to do another day’s work?

Andre Lepecki argues that emancipation may be achieved through a redistribution and reinvention of the body, that political freedom and expression are fundamentally predicated on movement. (4) What are the multiple roles a body can play in this choreography: the Political Body, the Spectating Body, the Imagined Body, the Absent Body? Both Wilding and Weber—through their embrace of vivid color, carnal forms, and a multiplicity of performative energy—explore or advocate for an emancipation of the body through its figurative reworking. Our identities—political, emotional, intellectual—are in a constant state of reinvention, renegotiation, and reimagining. As part of that transmutation of identity, both individual and collective, we have moved away from the unionized revolutionary movements of previous decades into an age of networked movements, both political and artistic, that are characterized by their provisionality and flexibility in scale. It is this very flexibility that allows for us to work, adapt, and grow, to live and affect change in the zeitgeist of this moment.

Weber’s latest drawings dig deeper into the tension between the individual and the collective, with most depicting human forms, their bodies (in absence) highlighted by coiling flora. The dense landscapes of pink, purple, and blue bombard the eye with pictorial devices and seemingly slip, slither, and slide around the actors in each scene. In drawings such as Let the Wolves Out (2020), created by Weber during California’s shelter-in-place, a sense of claustrophobia tightens around the figure, the intense color palette closely resonating with the deep indigos and forest greens that flood Wilding’s watercolors. Drawing from the pictorial anthology Children of the Sun (1968), many of Weber’s works depict the Californian naturalist movement and its origins in 19th century Germany; from naturopaths to philosophers, nature boys to reform movements. Her delicate, lace-like, drawings chronicle, combine, and complexify a multitude of identities, ideologies, and idioms. Monster in the Garden (2020), a painterly landscape almost nine-feet wide, seems to fully encapsulate the sacred hybridization of human and nature, individual and collective, as human form disappears from view, wrapped in twisting vine and succulent moss, to become pure supernatural energy.

I look back to the budding oak trees, the daffodils and hyacinths, and I hear the birds tweeting their melodious calls. Spring is upon us and there is a sense that perhaps there is a way forward, for humanity to live in collaboration with nature, to radically hybridize, even? When we look back at 2020 in fifty years’ time, will we see this as a moment where we learned new ways of thinking, speaking, and relating to each other? Can art, as Wilding muses, save us by opening up a space to visualize what is absent and missing, what is needed now, and how image and symbol making can provide creative solutions?

(1) https://www.theguardian.com/world/2020/apr/25/ourselves-scientist-says-human-intrusion-nature-pandemic-aoe
(2) https://www.theguardian.com/environment/2016/aug/29/declare-anthropocene-epoch-experts-urge-geological-congress-human-impact-earth
(3) Papaioannou, P., “From orality to visuality: the question of aesthetics in African cinema,” 152
(4) Lepecki, A. Choreopolice and Choreopolitics (or, the task of the dancer), 2013 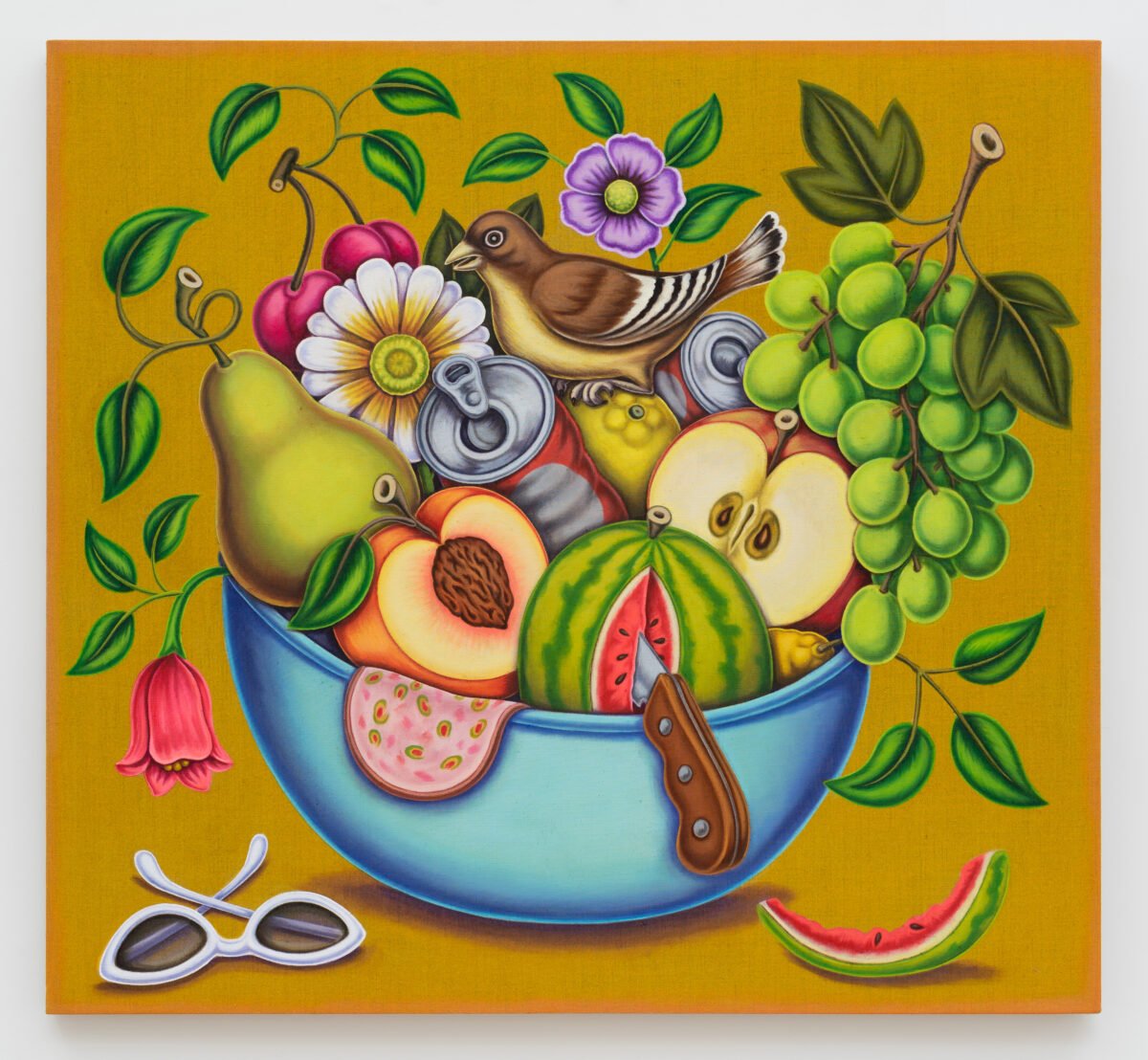 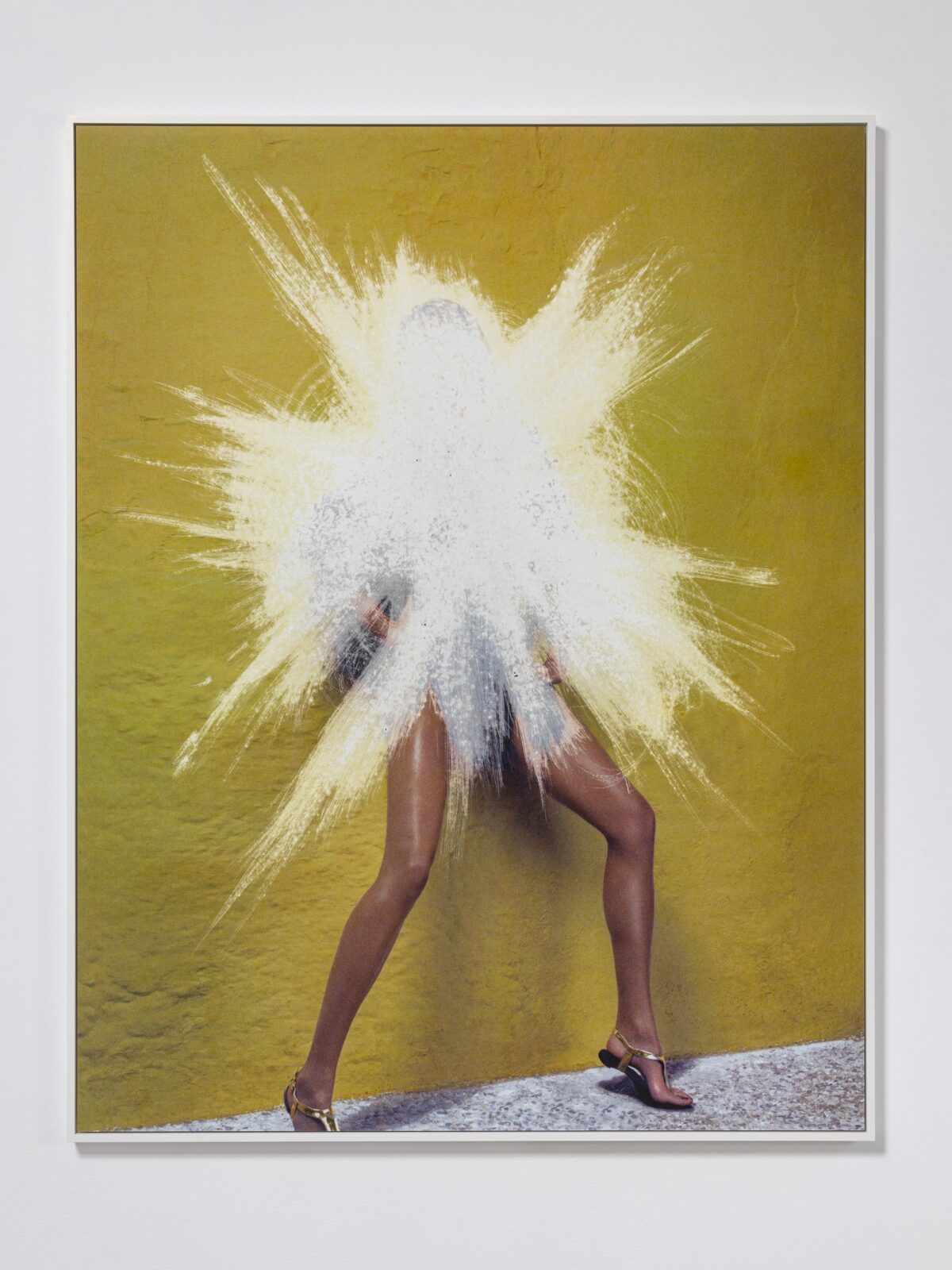 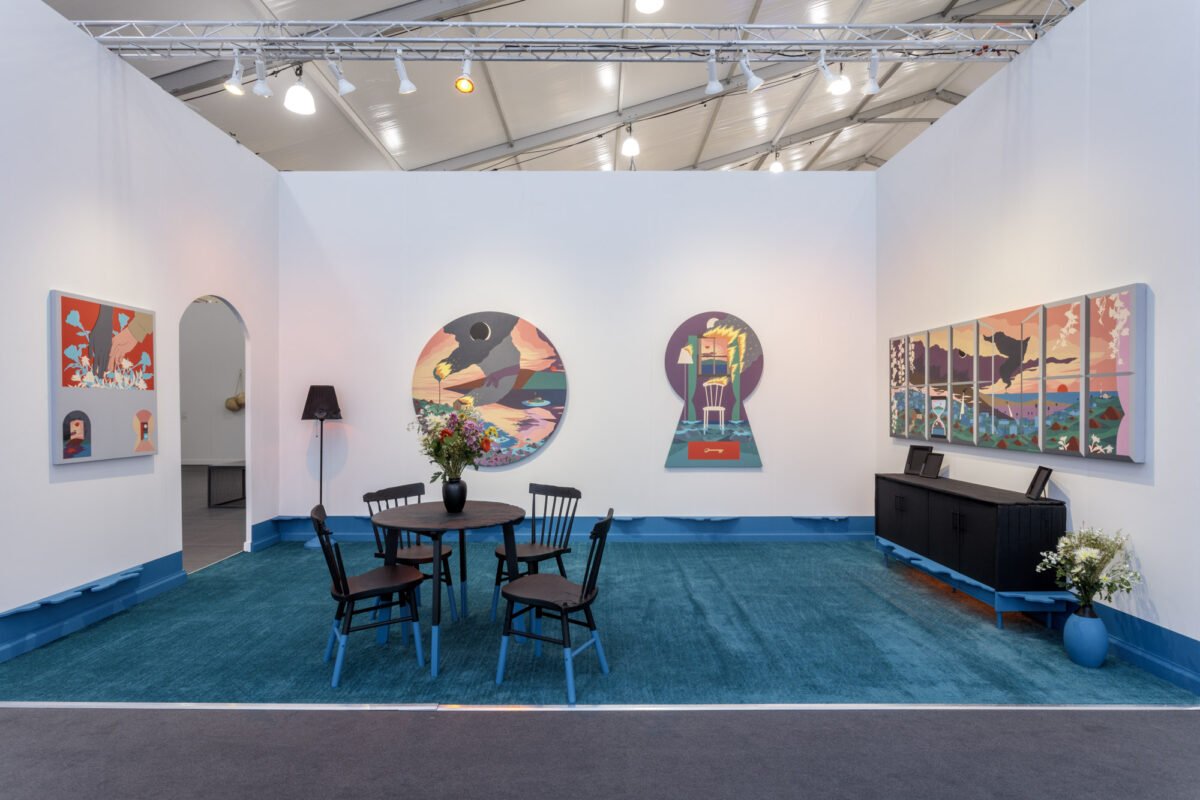 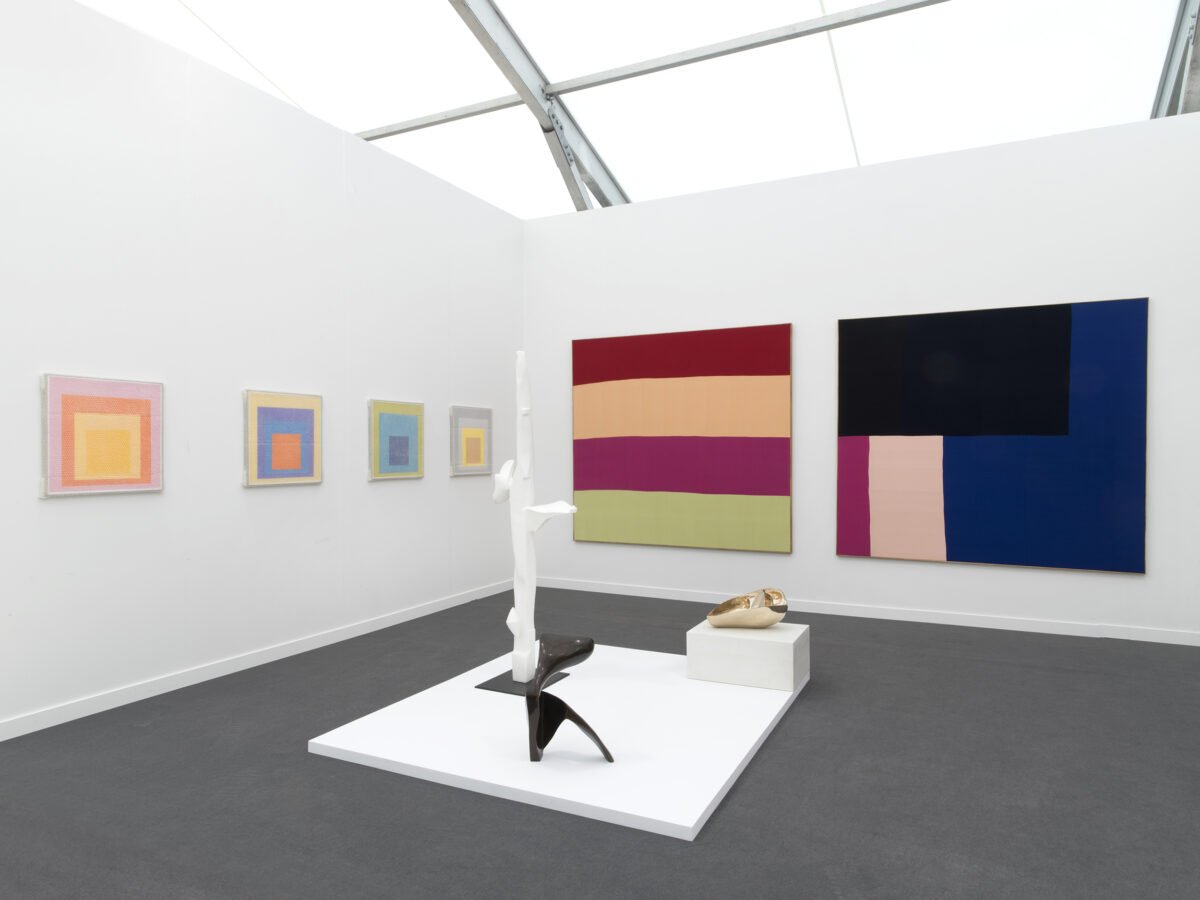 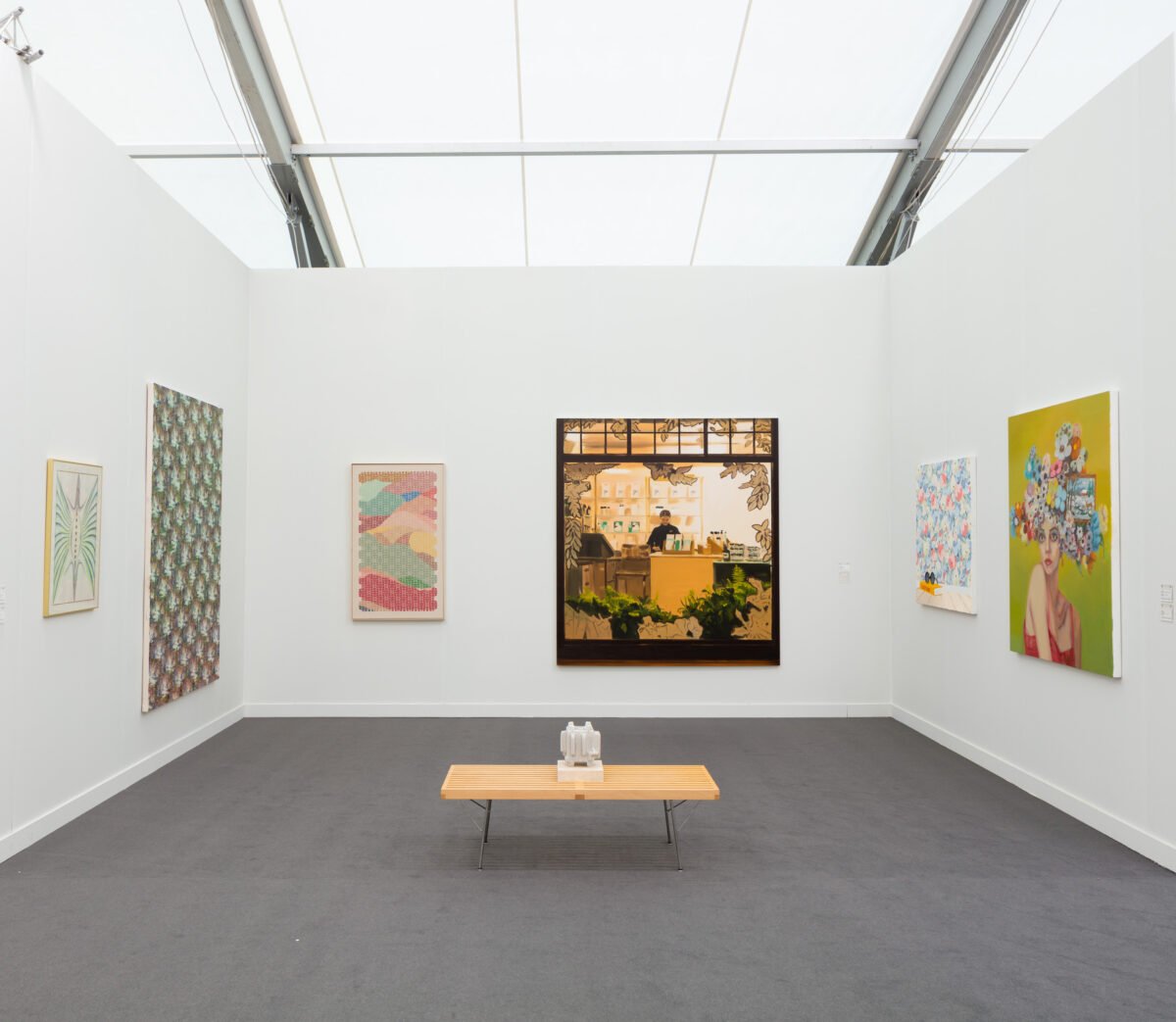 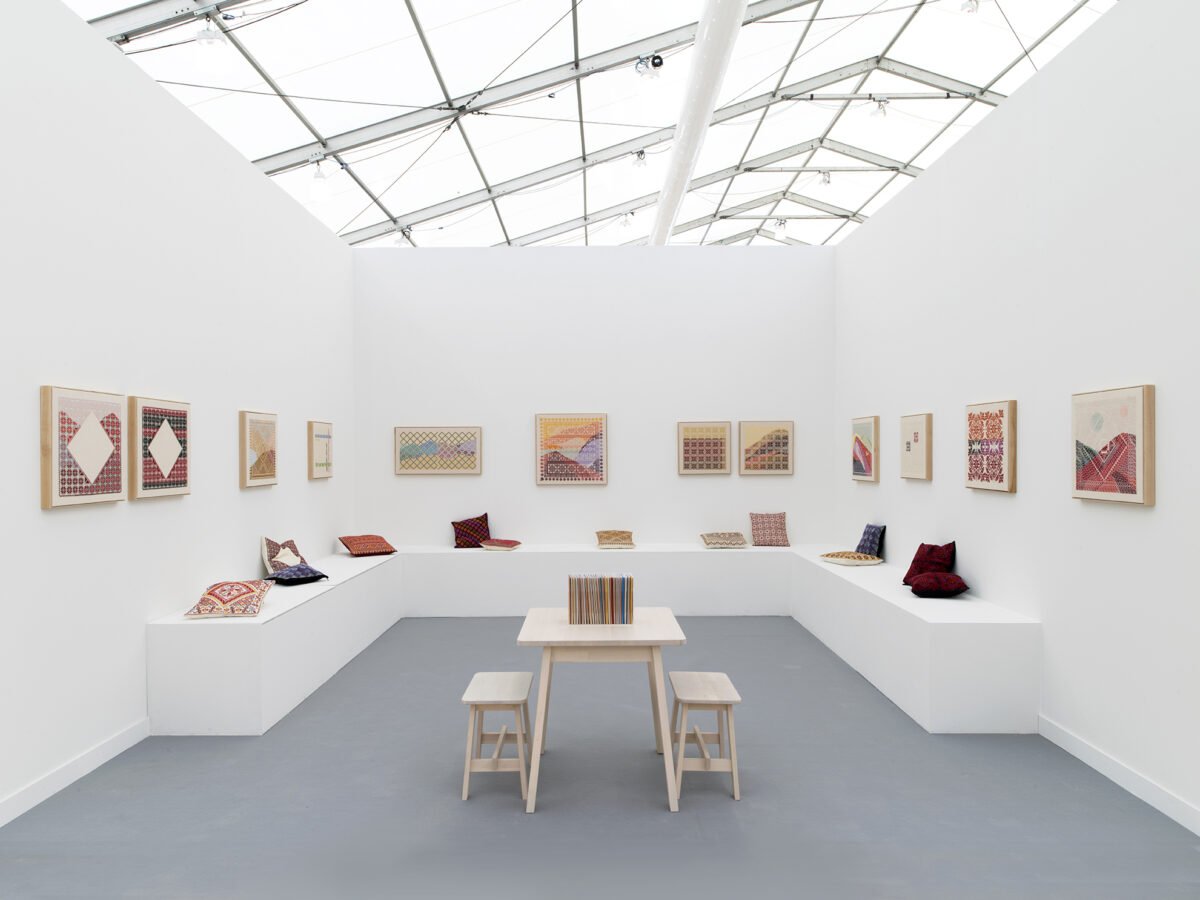