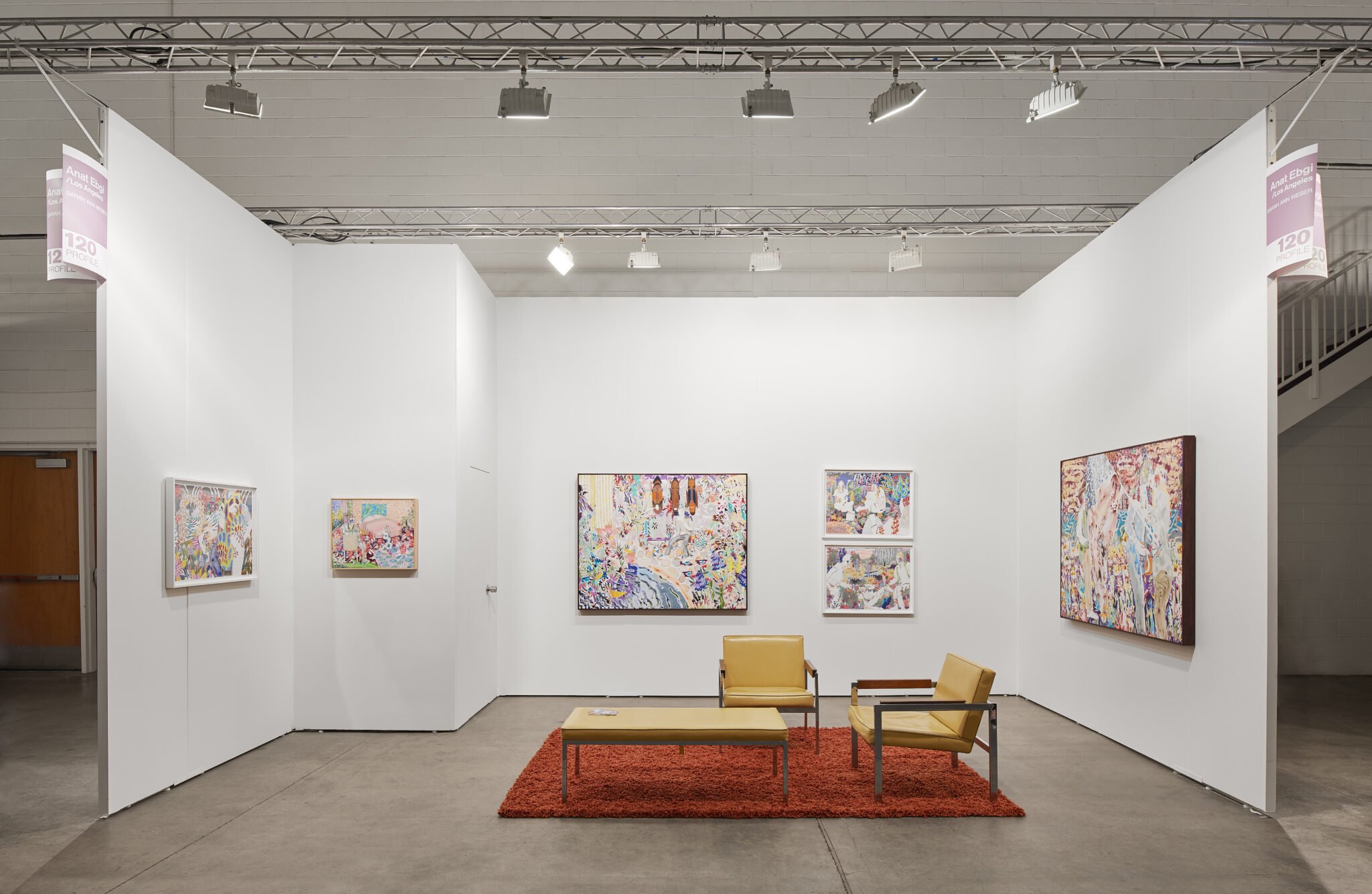 A Chicago native, Sarah Ann Weber, draws reference from the tumultuous unrest of her hometown in the 1960s. Her imagery explores the disconnect between violent scenes of protest during the 1968 Democratic National Convention and photos of Hugh Hefner lounging in the original Playboy Mansion, which was located in Chicago’s Gold Coast neighborhood. Hefner perfectly embodies this complicated moment in history; he was a political agitator despite his reputation as a flagrant hedonist, unapologetic in his pursuit of pleasure and opulence.

Weber bestows each image with a whirl of psychedelic colors and blossoms rendered in watercolor and colored pencil. Beneath each delicately patterned surface lies something unmistakably sinister. In the beautiful chaos, it becomes unclear whether figures are dancing or fighting, lounging or scheming. 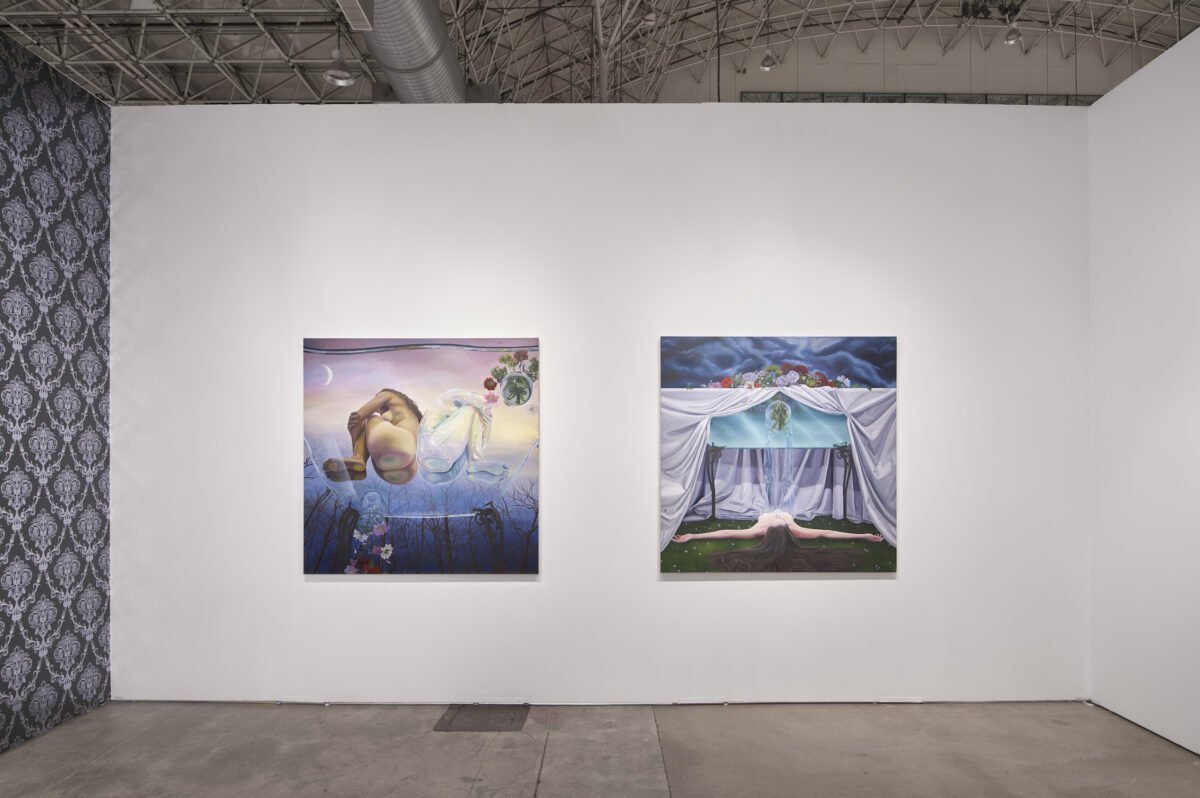 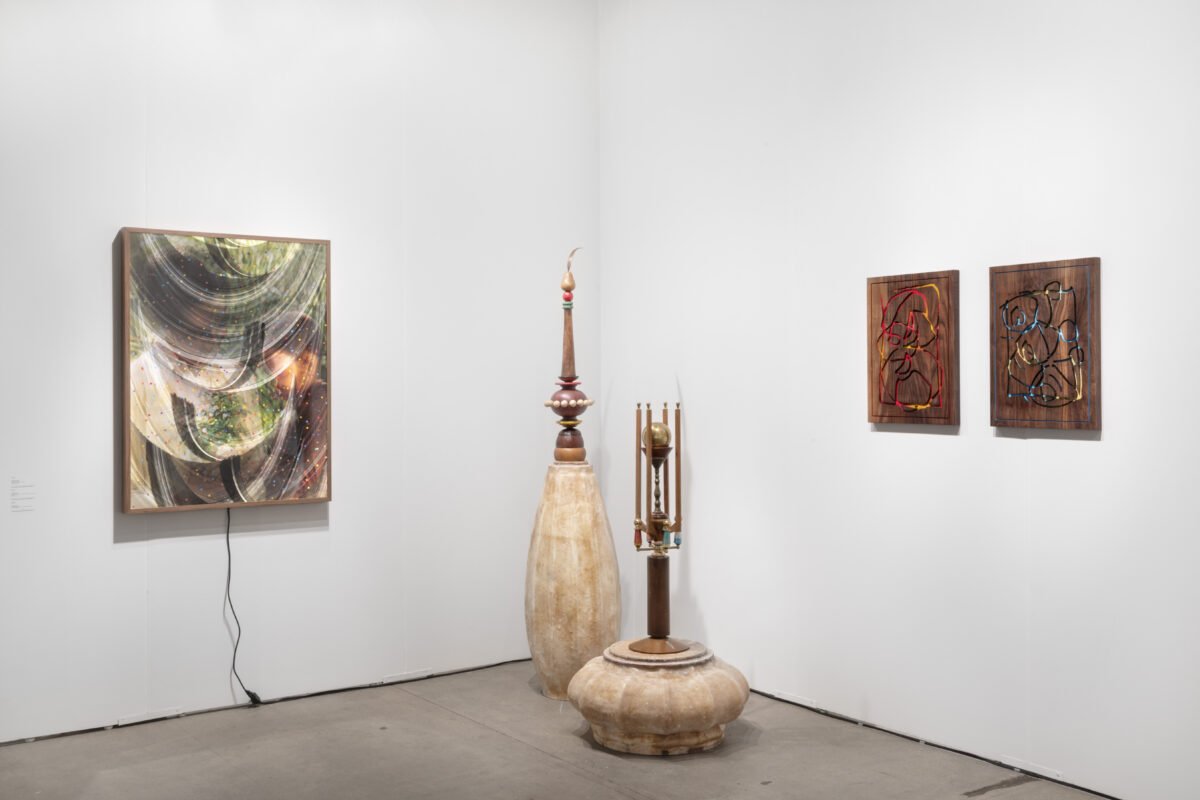 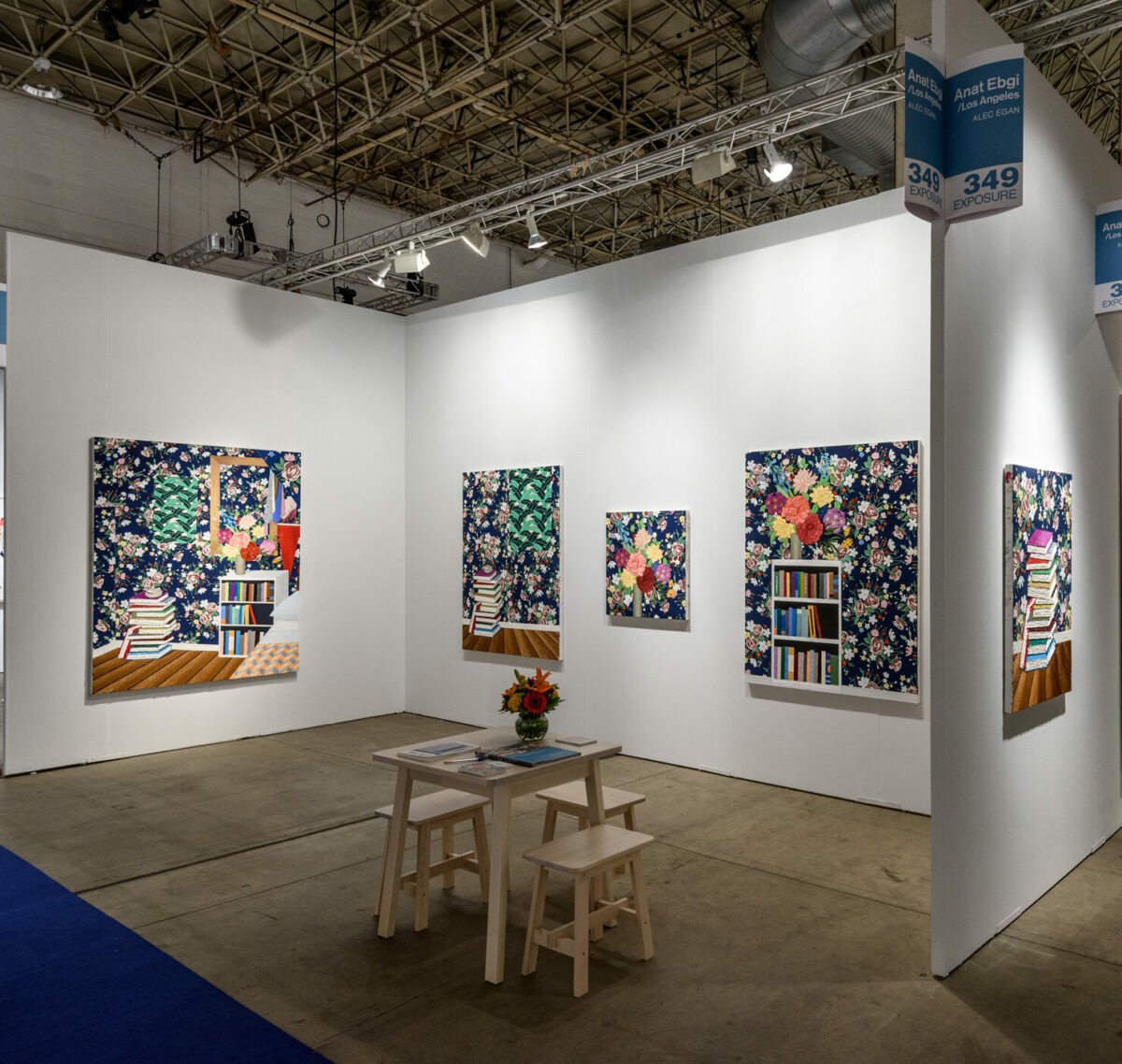 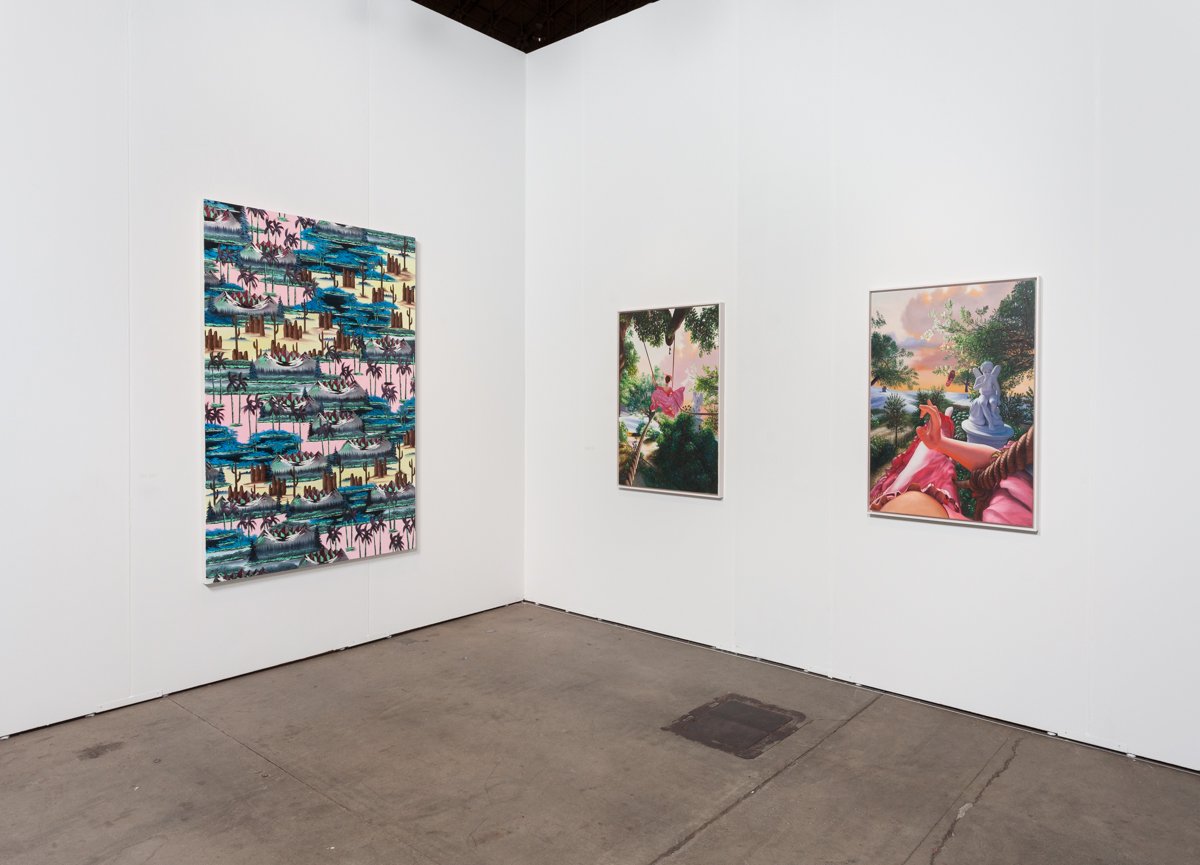