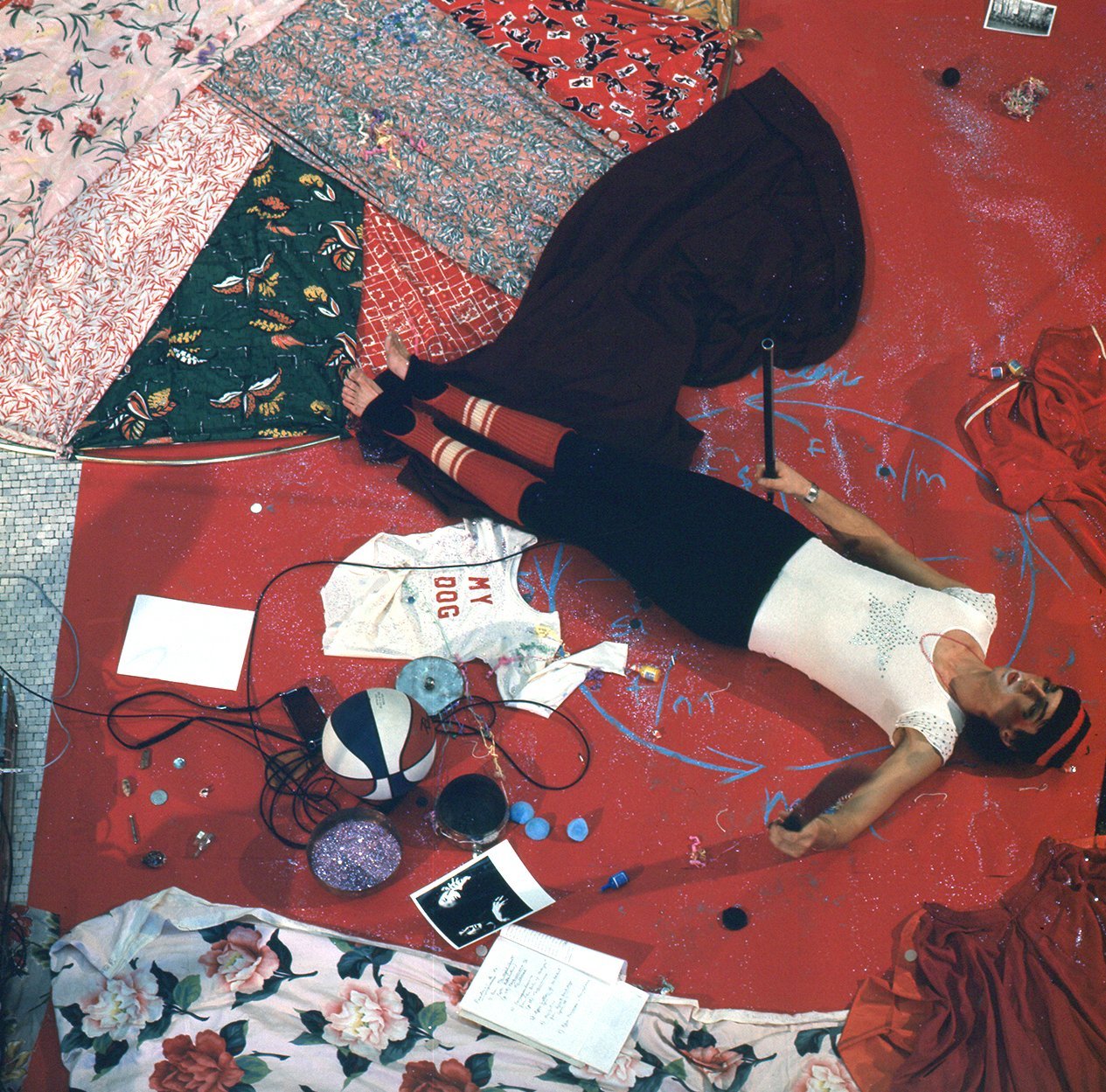 Anat Ebgi is pleased to present the historic restaging of Tina Girouard’s Pinwheel (1977) for the inaugural Meridians sector at Art Basel Miami Beach. In partnership with the Lumi Tan (The Kitchen), as Curatorial Producer, the performance will take place each day of the fair December 3-8, 2019.

The near hour-long piece features four performers creating a stage-like environment in four quadrants using silk patterned fabrics. As the action unfolds, each performer incorporates base objects and elements all connected to their given personae of ANIMAL, VEGETABLE, MINERAL, and OTHER. The performers activate the space and enact rituals defined by Girouard’s symbolic language according to a detailed set of instructions and diagrams.

The original staging of Pinwheel, which included Girouard acting as both director and performer, made its debut in the Great Hall of the New Orleans Museum of Art in 1977 as part of the exhibition Five From Louisiana, alongside the works of Lynda Benglis, Robert Rauschenberg, Richard Landry, and Keith Sonnier.

Pinwheel is Girouard’s grand finale performance of “Solomon’s Lot,” a durational project of nearly a decade centered around several lengths of uncut Japanese silk from the 1940s with interconnected performances, videos, photographs, and both painterly and sculptural installations. Through each new installation or performance Girouard exposed the way the rigid armature of “Solomon’s Lot” allowed for interpretation, ceremony, and the spiritual through performative action.

Girouard’s work and legacy finds itself in a unique position at the intersection of several movements. Her works are connected to the post-minimal movement through her close association with 112 Greene Street, but also deeply associated with the Pattern and Decoration movement in New York. Throughout both of these movements her work is strongly intertwined with feminist art history with her consideration of domestic space and the “women’s work” that has become indicative of her practice.

The performance of Pinwheel at Art Basel Miami Beach Meridians is produced in collaboration with Lumi Tan of The Kitchen and generously supported by The Miami Beach EDITION.

Tina Girouard (b. 1946, DeQuincy, LA) was an early founding participant of 112 Greene St., FOOD, the Clocktower and PS1, Creative Time, and the Fabric Workshop. Girouard’s exhibition history includes a 1983 mid-career retrospective mounted at the Rufino Tamayo Museum in Mexico City, and international events such as the 1980 Venice Biennale, the 1977 Paris Biennale, 1977 Documenta VI and 1972 Documenta V, Kassel. Girouard’s work has been exhibited widely at galleries and museums including: Leo Castelli Gallery, The Kitchen, Walker Art Center, New Orleans Museum of Art, Museum of Contemporary Art Chicago, Palais des Beaux-Arts Brussels, Holly Soloman Gallery, Los Angeles Institute of Contemporary Art, David Zwirner, and the Museum of Contemporary Art Los Angeles. Girouard currently has works on view at MOCA Los Angeles for the exhibition With Pleasure: Pattern and Decoration in American Art 1972 – 1985 curated by Anna Katz and the Ludwig Muzeum Budapest for the exhibition Pattern and Decoration. Her work is in the permanent collections of the Museum of Modern Art, New York, NY; Institute of Contemporary Art, University of Pennsylvania, Philadelphia, PA; and the Stedelijk Museum Actuele Kunst, Gent, Belgium. Girouard lives and works in Cecilia, LA. 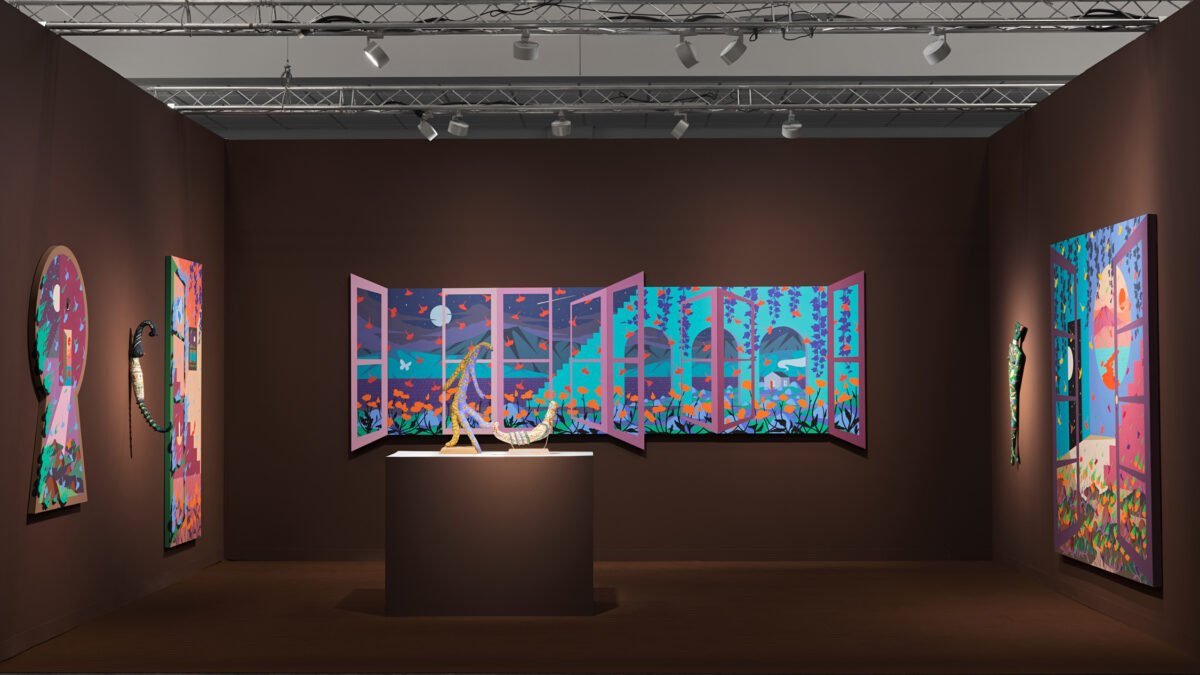 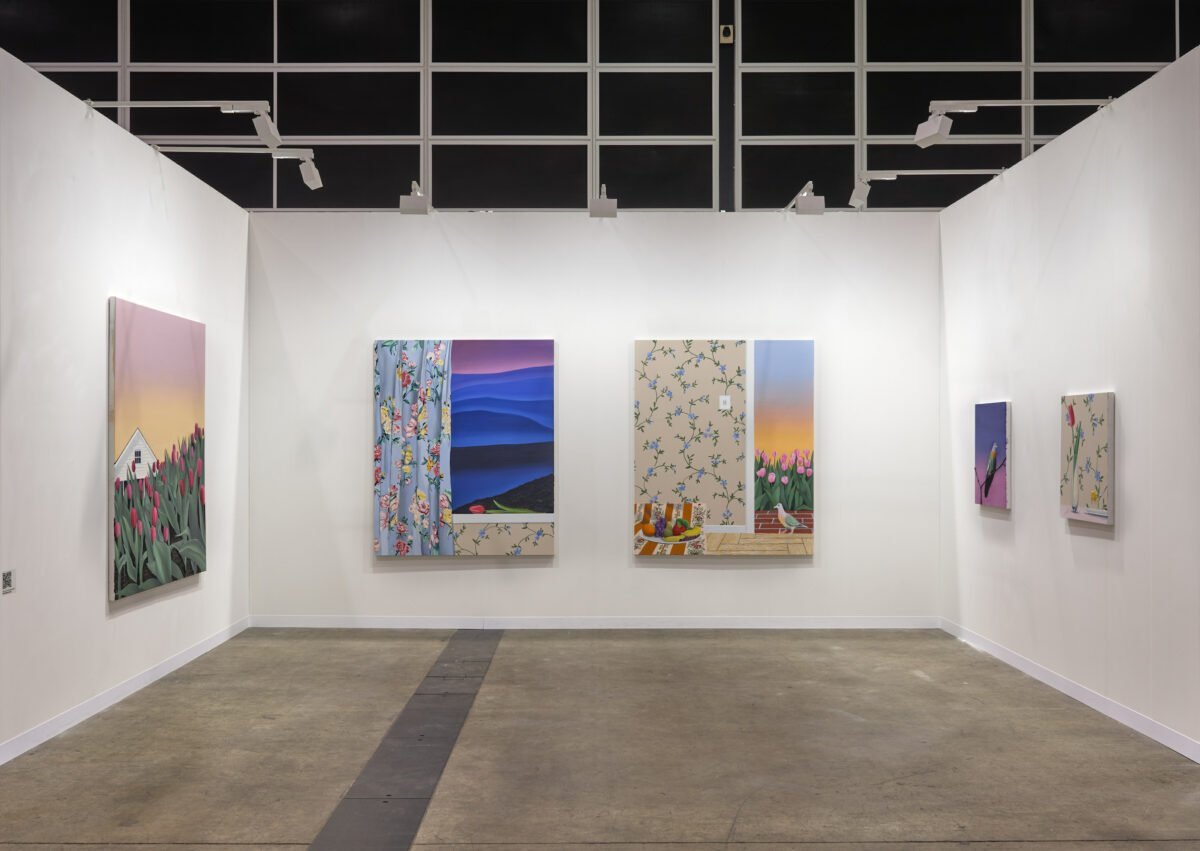 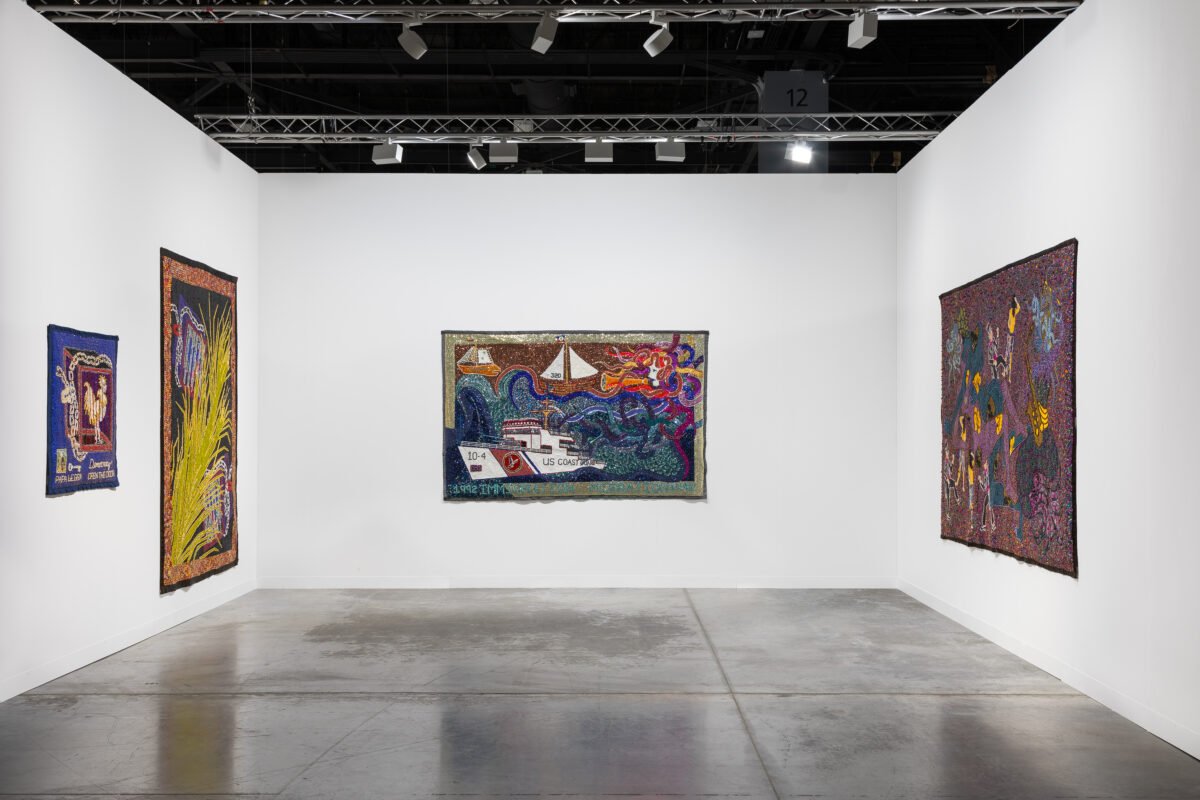 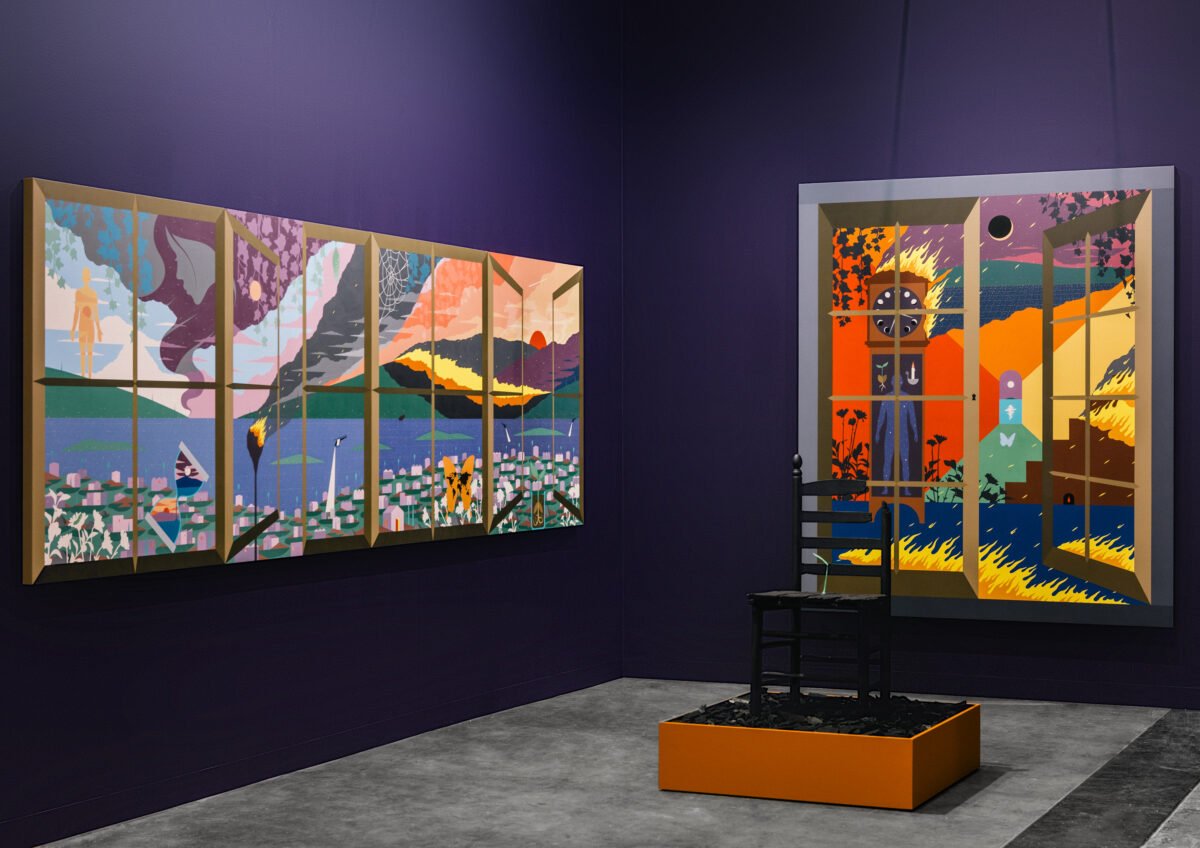 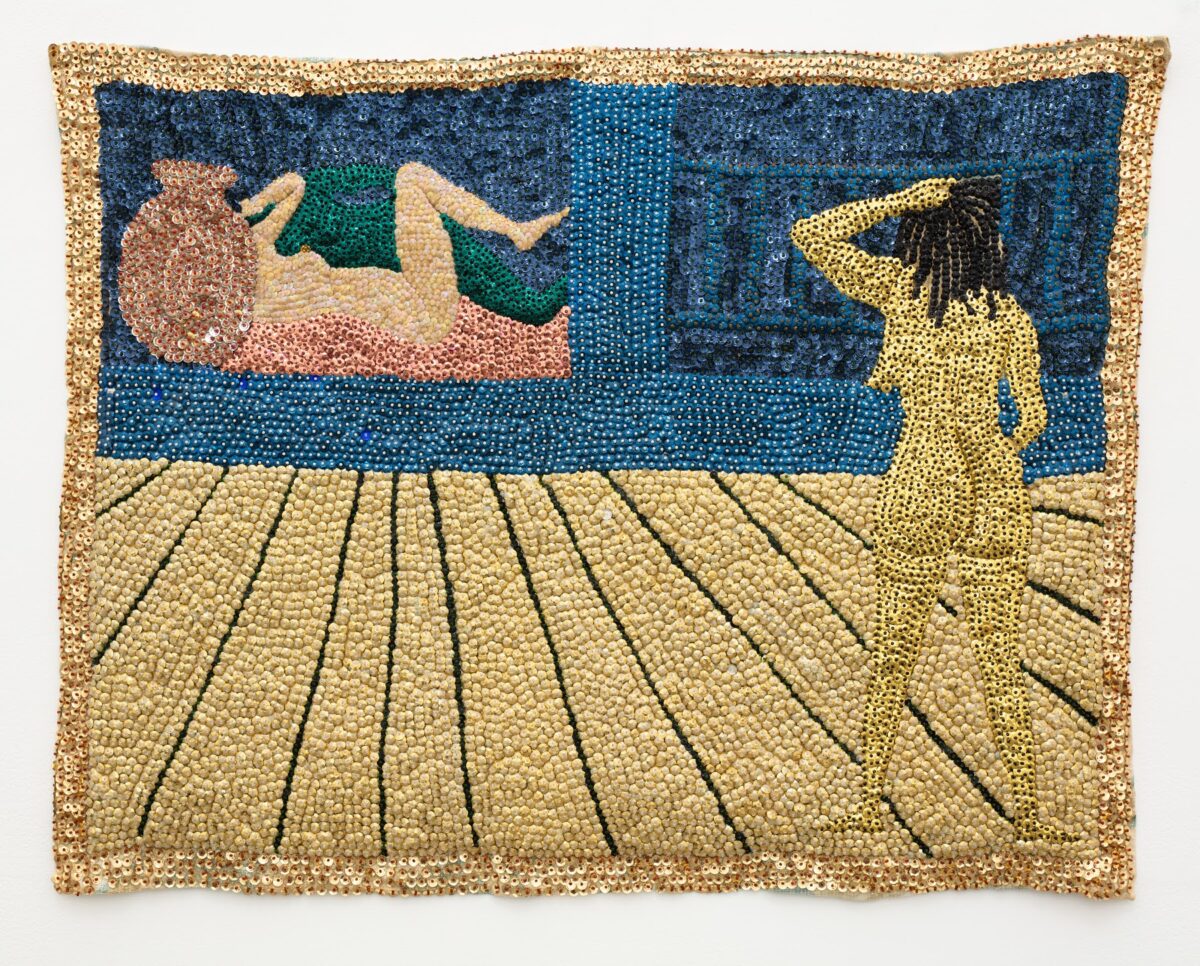 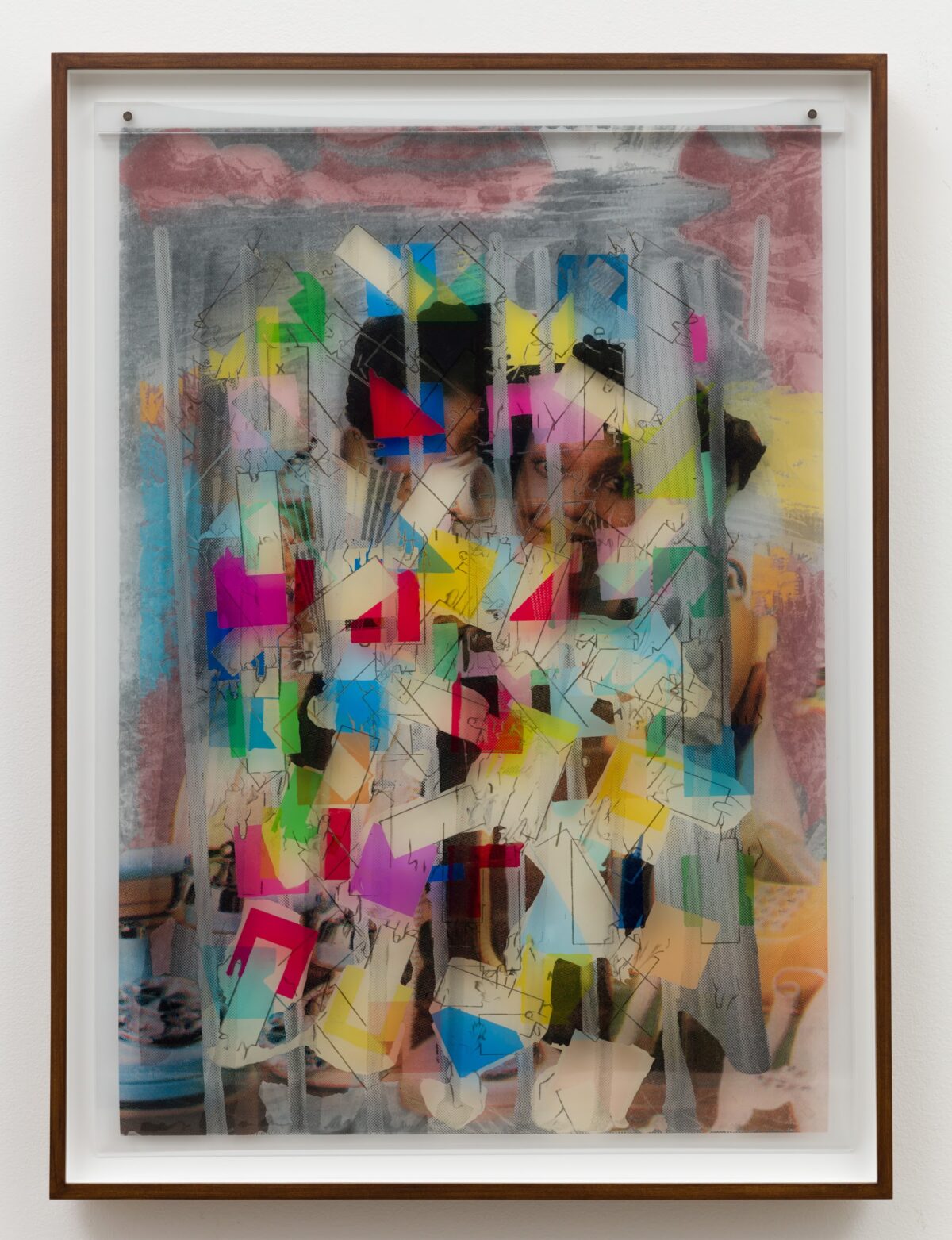 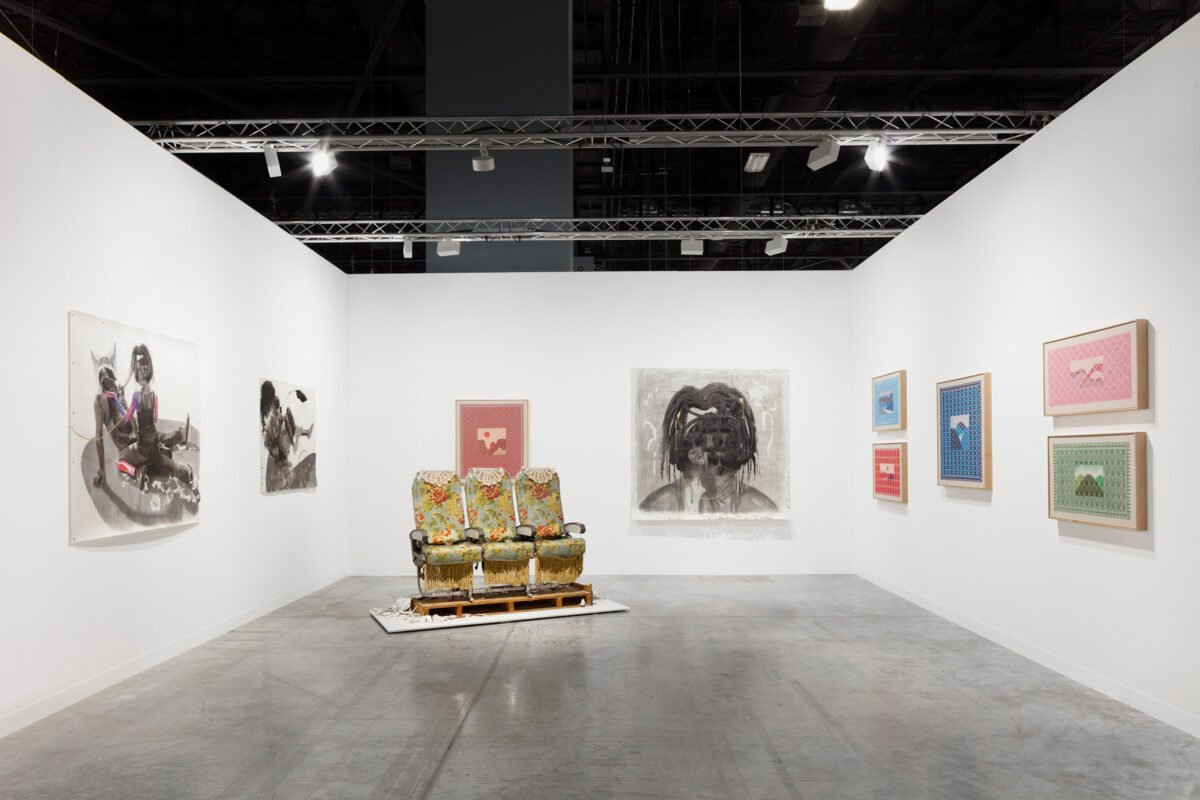 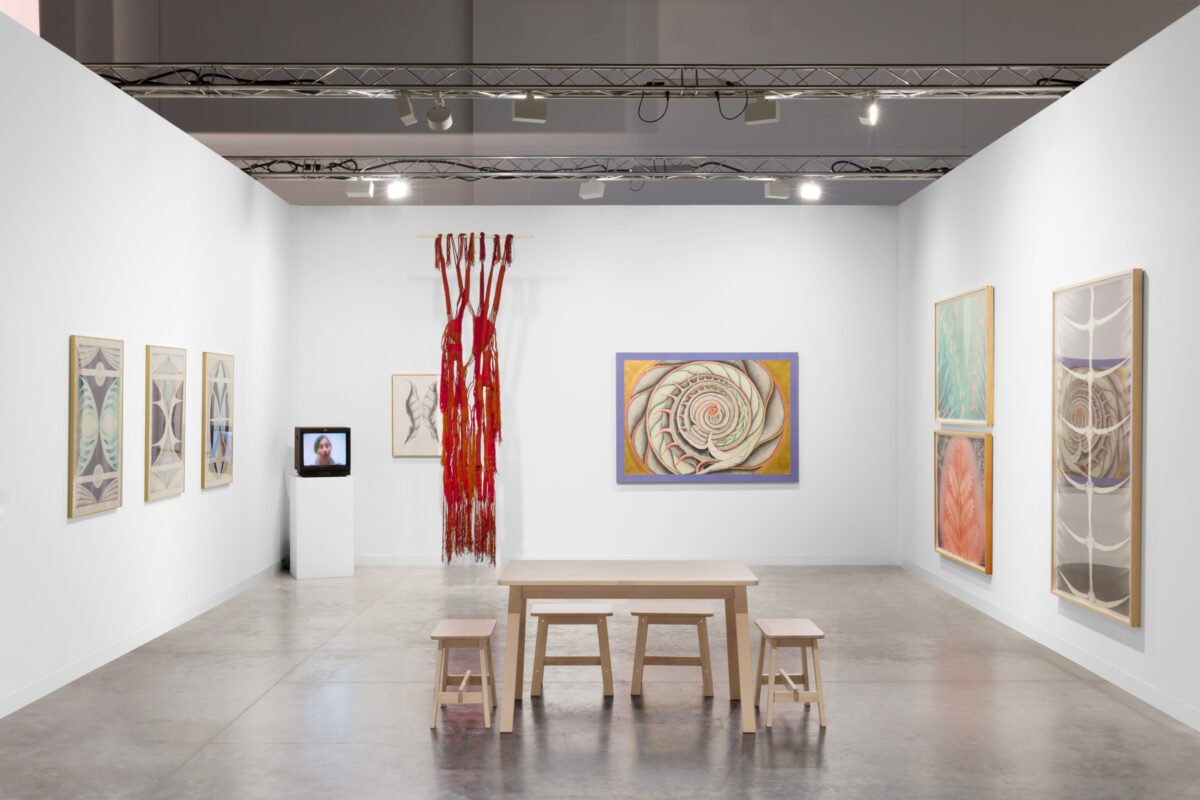 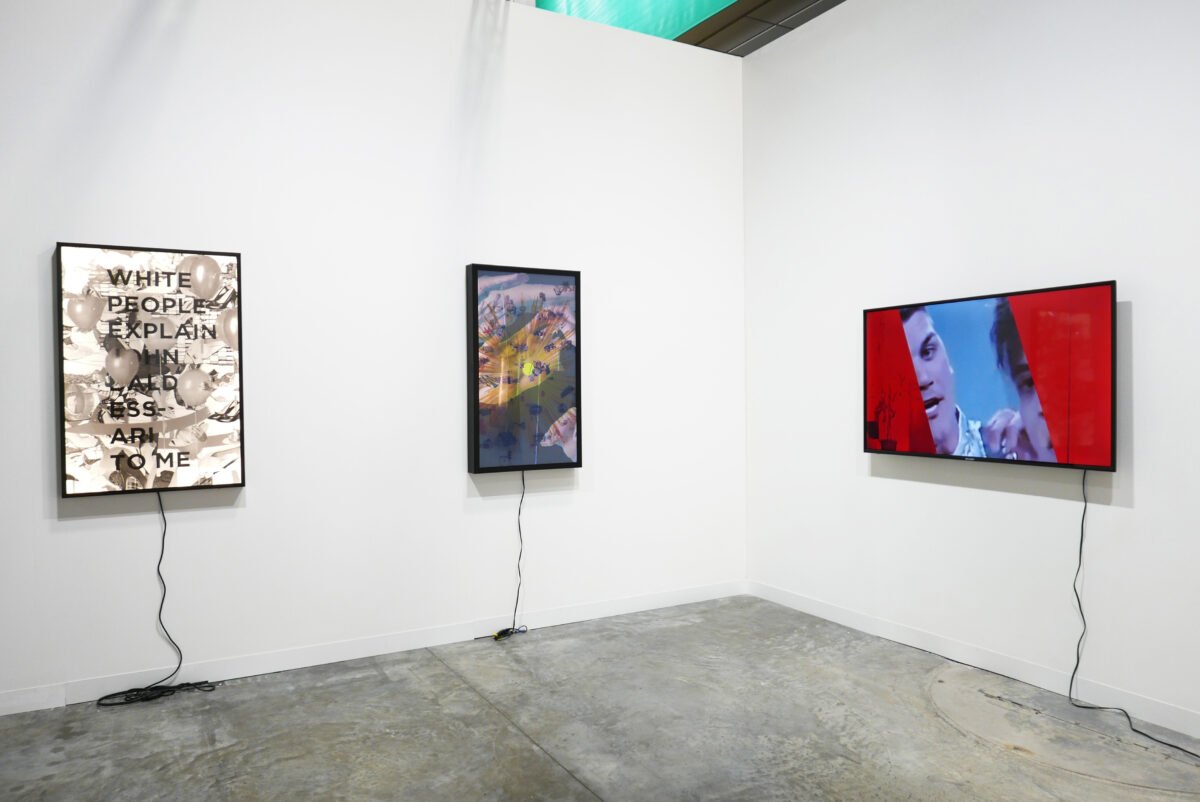