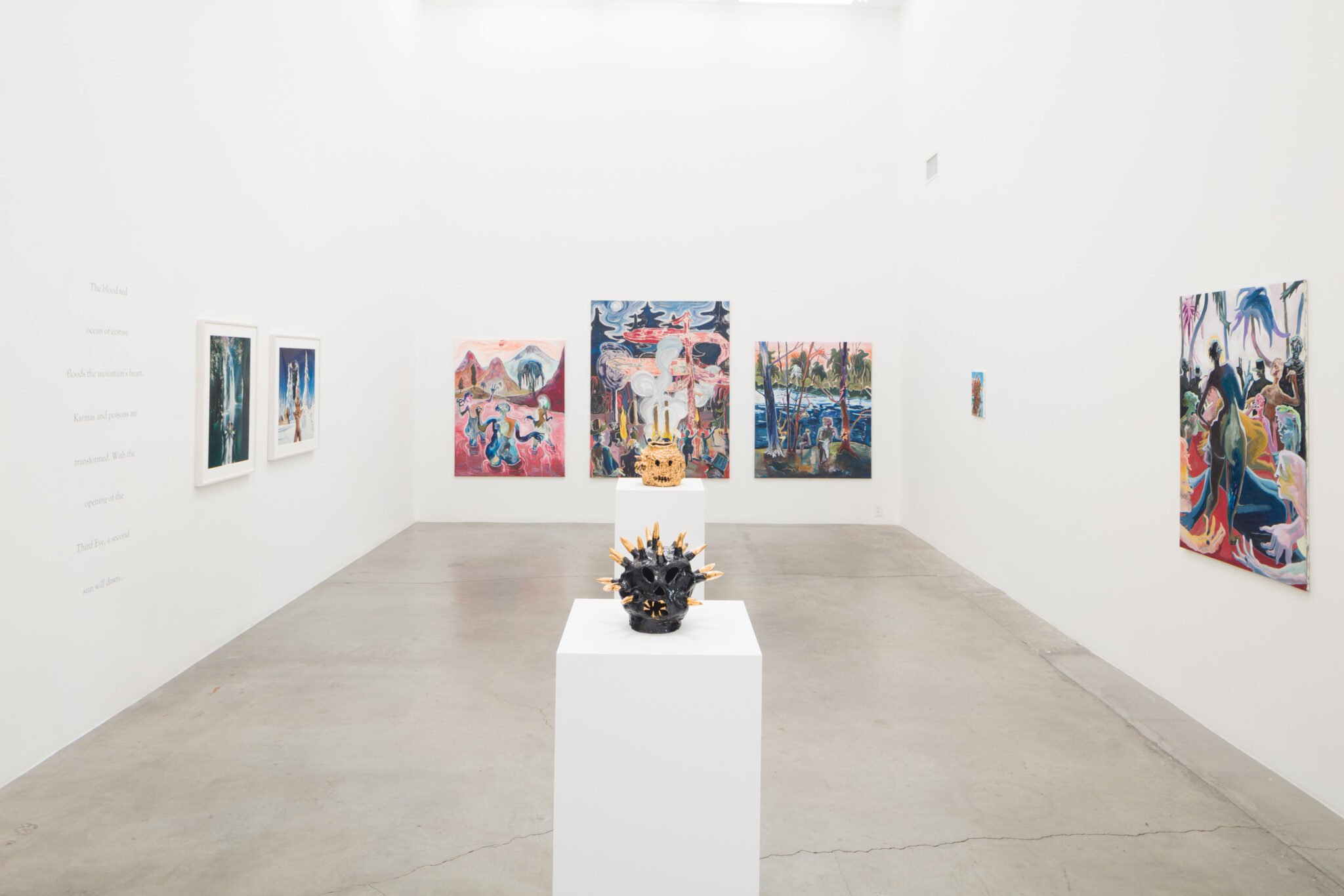 Venus is in retrograde, in Lucifer, the morning star. The Moon connects with the Sun at 9:23 PM, the votive’s out. The Russians hacked my account, so while my data’s getting exorcised I head to the sperm bank for a little relaxation. The real opioid crisis is happening behind the church, it’s a vibrating little talisman promising me everything I want. ACCEPT. SUBMIT. The shrine razed, the stars aligned; the altar begat the pedestal, the exclusive kunsthaus now the temple of yore.

Working across a range of media, these five artists summon existential desires in the contemporary void, focusing on collective memory alongside social and historical myths. Fashioned in the likeness of his oft-comical paintings, Jay Stuckey’s plush dolls come to life, slyly residing somewhere between confession and depraved spoof. Phases of color suggest unease in Angela Dufresne’s paintings, her oil canvases ripple with certain deviance, suggesting a Pre-Raphaelite, cinematic reverie of details and motion. No one form has a definite identity, Dufresne’s subjects are as loose and fluid as her painterly hand. This thread continues in Pierre Knop’s crayon, graphite and oil paint tableaus depicting figurative scenes of historical satire, made fantastical through earthy, exaggerated ironies. Based on archival images and public ceremonies, Knop’s converts political chaos into humorous anachronism. Frederik Næblerød offers grotesque commentary through raw, gestural paintings alongside a stoneware piece entitled, Four Seasons, each side a monstrous visage cast in 14 karat gold. Over a four decade career, Penny Slinger has established herself as a surrealist sorceress, sifting through the subconscious to create highly erotic and mystical experiences. Slinger’s sculptures, writing, and collage work celebrates the feminine, beckoning a pre-modern idolatry through ritualized incantations of the cosmos.

Please join us in this sacrifice.