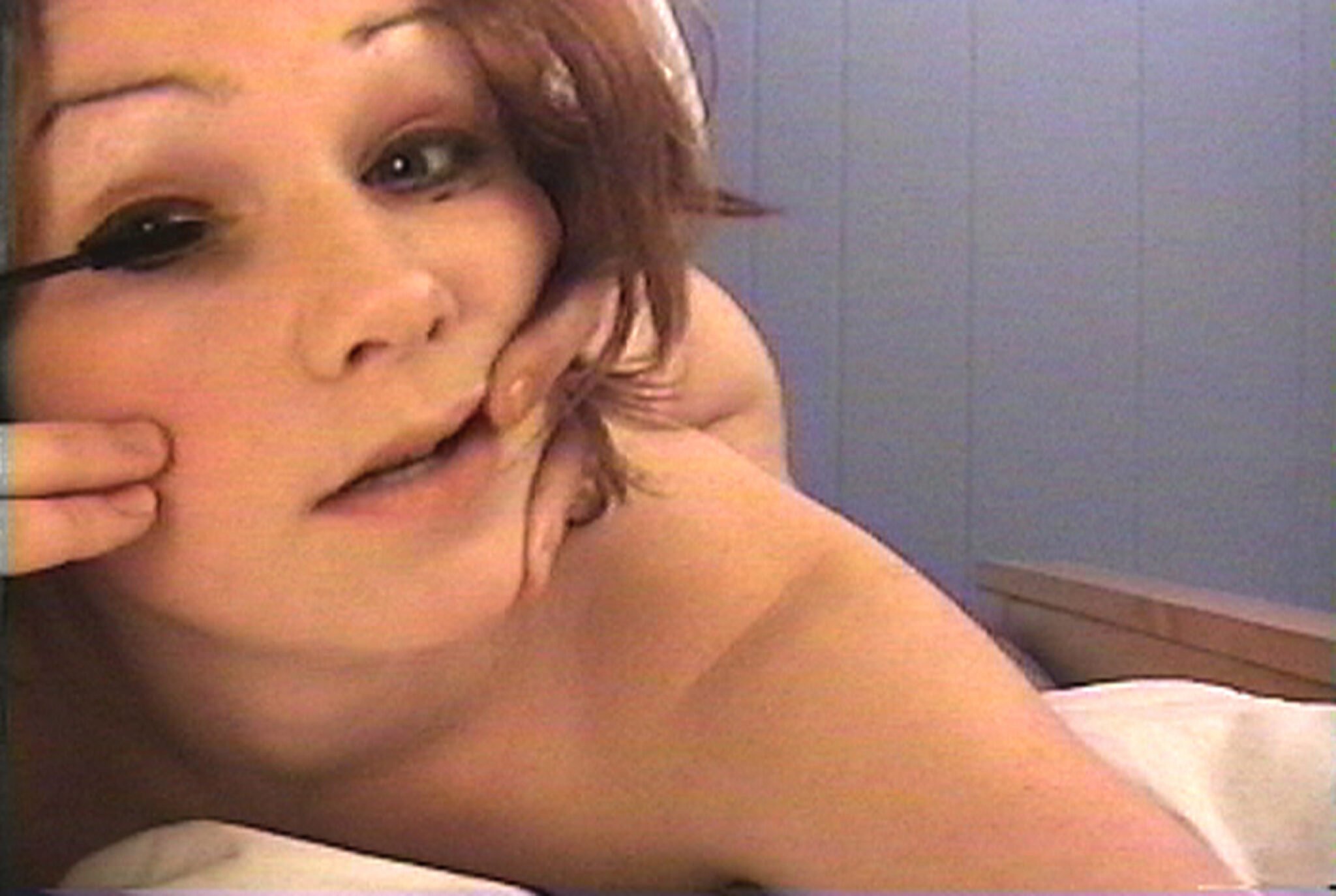 Last year while reading several of Nabokov’s novels, I kept coming across the word undulation. Fascinated by the wave-like repetition of the word, its sinuous form so suggestive of the way language itself conceals as much as it reveals, I began to conceive of the concept of this exhibition of all video and film. “The Undulation of Something Faintly Familiar,” a line from Nabokov’s Pale Fire, is an intervention into processes of meaning and possibilities of action.

My curatorial approach was unconventional, as a video artist myself I saw the installation as an opportunity to create one large new work, comprised from the individual videos and films selected. Isolating certain pieces while creating mounds and sculptural piles of monitors and screens, with the experiential goal of something akin to stepping inside a Nam June Paik. I then invited Rita the founder of Vanity Projects, a nail art and video project space in NYC to collaborate. Taking a cue from the performative content of the exhibition, during the opening reception nail artists will perform themed nail manicures for guests which will broadcast on a live-feed.

The installation grasps at aesthetic pleasure in its collapse, eliciting a choreography of image upon image, sound upon sound, mounting an initiatory experience rooted in a divination. A series of mimetic transferences, melding and overlapping into an anachronistic ensemble, forming a metaphysical hypnotic dance of moving, invincible undulating, undulation.