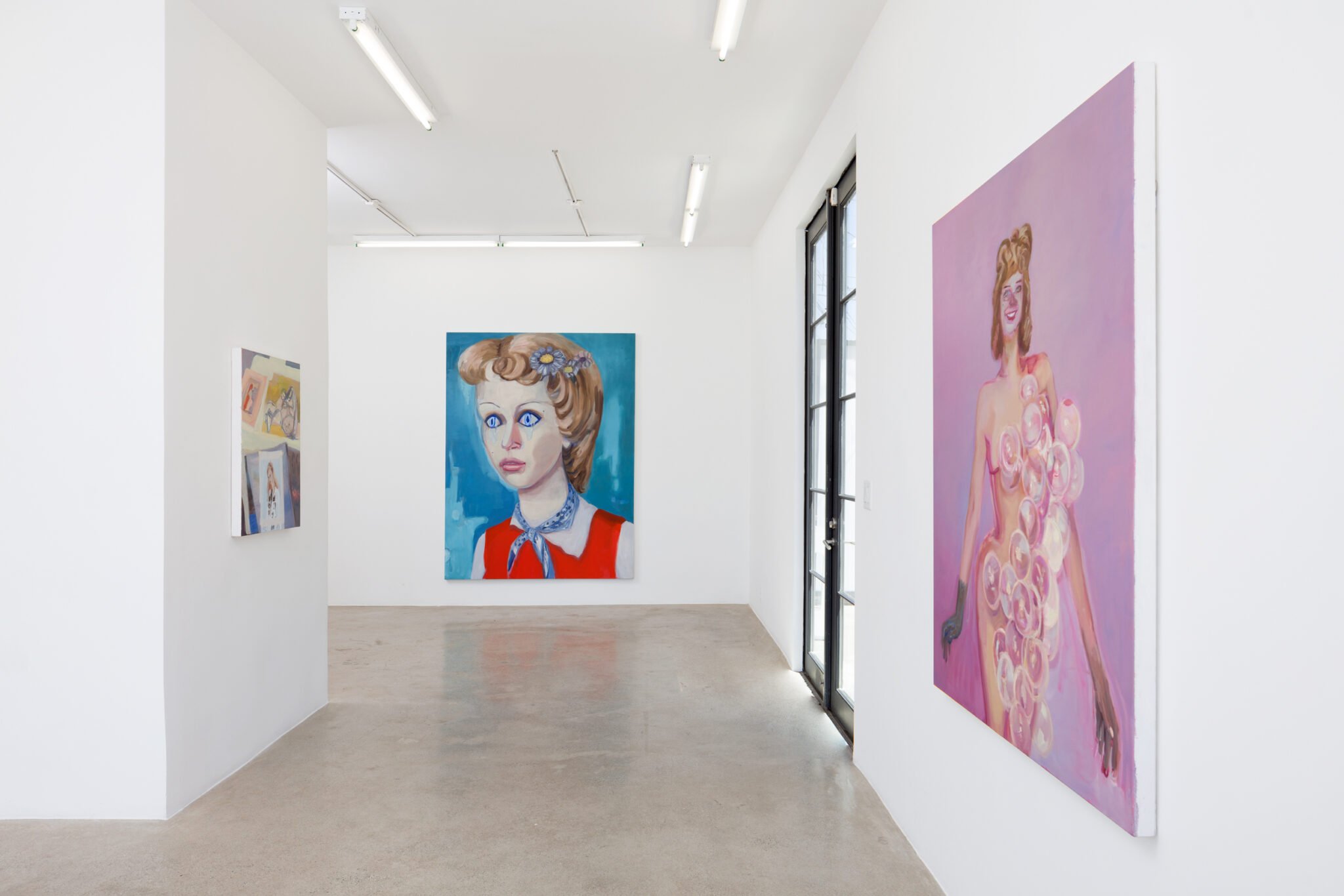 Anat Ebgi is pleased to announce The Splits, the first major solo exhibition of Canadian painter Janet Werner in the United States. The exhibition will span the main gallery and our AE2 space.

Developed over a practice spanning thirty years, Werner’s figures revel in multiple, fragile personalities culled from fashion magazines, children’s toys and art history. Despite their representational qualities, each subject remains an ambiguous distortion of references, devoid of one, singular identity. Trading in the traditional “likeness” of naturalist portraiture, Werner focuses on gestural tension and the deceit of traditional beauty.

Flattened against tenebrous, watery voids or indeterminate architecture, women stare blankly into space, inviting one to look beyond the predicament of each character, mirroring the viewer herself. Empathy amongst emptiness, the work may appear abstract at close glance, yet taken as a whole, the figures become exquisite corpses self-referential in scale, violently rendered in pointed paint strokes suggestive of crisis.

This new body of work further reorients the intention behind the gaze, as Werner shifts from paragon to process directly. Now in situ, they peer out amongst the tape, folded and crumpled photographs and cut-outs which inform their creation in the artist’s studio. Rather than relying on the tropes of the feminine or portraiture at large, Werner subverts the figure further — it becomes arresting and abject, aware of its construction. The ingénue reclaims her body, as in the case of the fragmented, many-armed Spider, who rebukes the legend of the Black Widow temptress. In Table with Picasso, one model slyly peeks out from below Werner’s effortless rendering of a Picasso, challenging the latter artist’s insipid quip, “All women are machines for suffering.”  Werner exposes the mechanisms of this misogyny, manipulating the act of spectatorship and myth of production. If there is suffering, trauma is situated in Werner’s formal consideration of the consumable waif. The smudged furrows, tears and creases anatomize the internal, asserting a worth to pain beyond the performance of gender or glamour.