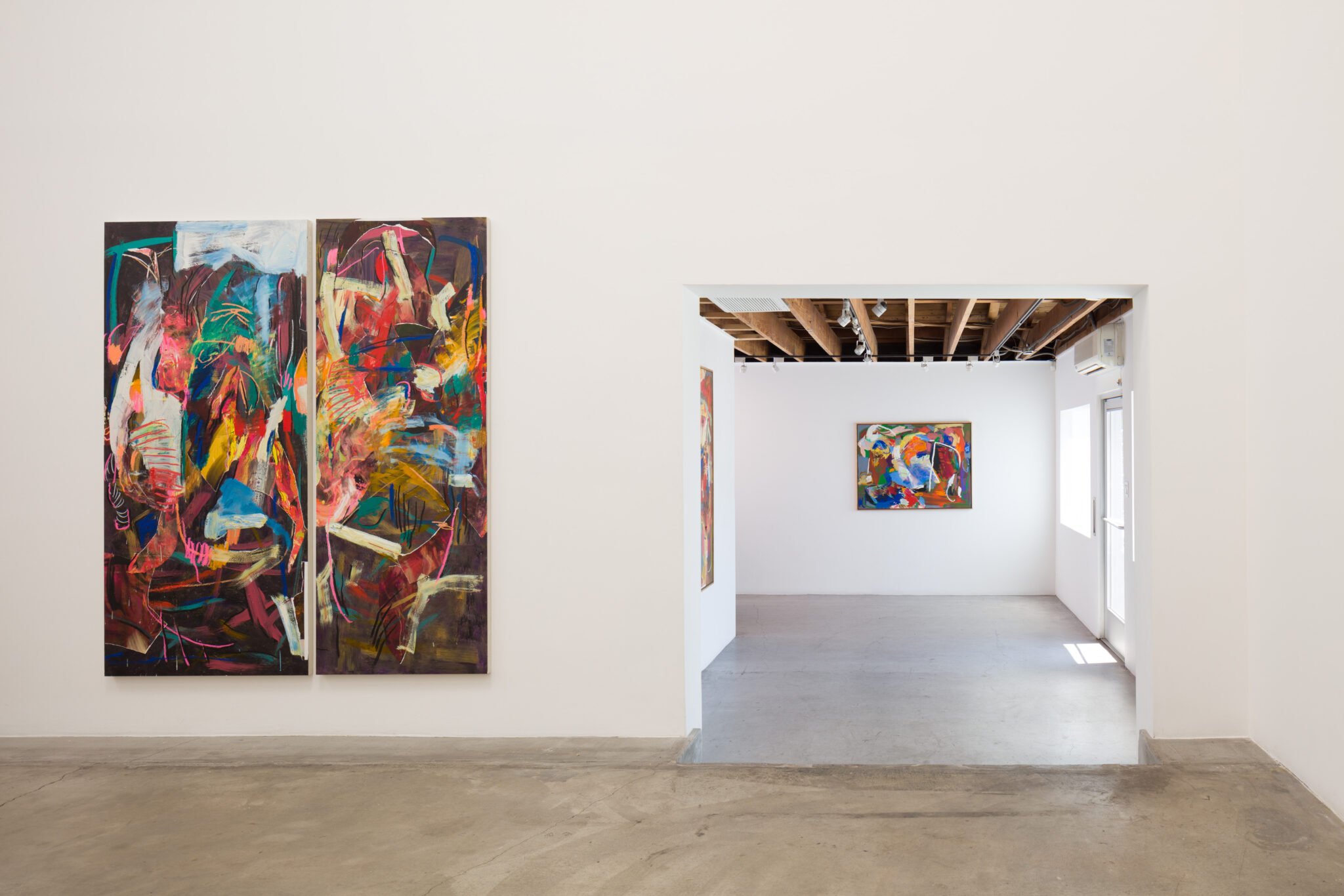 Anat Ebgi is pleased to announce Tempest, a solo exhibition of painting, sculpture, and video by Los Angeles based artist Michael John Kelly. The exhibition will be on view from July 20th through August 24th. An opening reception will take place at 2660 S La Cienega Blvd on Saturday, July 20th from 5-7pm.

Across media, Kelly’s work strikes at the fourth dimension, exploring emotional, instinctual, and capricious realities. With this new body of work, the artist seeks to reveal theoretical, spiritual, and conceptual planes. His wild sense of color and gesture defies demands of concrete ideas and compositional logic, freeing viewers to experience a renewed sense of the world.

Kelly’s initial gesture—broad and brushy washes of underpainting—determines the foundational mood and personality for his paintings. Next he photographs these preliminary gestures and imports the photos to his iPad, where the paintings undergo layers of digital transformation, modulating color palettes, stretching forms, obliterating the original underpainting into something completely new. Returning to the analog, he prints the reworked paintings onto large sheets of paper. Tearing the sheets into smaller pieces, Kelly collages them onto the painting.

In a final act that is equal parts degradation and conjuration, Kelly attacks the collaged-painting with oil stick and paint. Smoldering, splitting, contorting each composition, the results are stunning achievements full of action and emotion. Kelly cites Kandinsky and Malevich as significant influences on his conceptual thinking; both artists explained that their work contained responses to spirituality, invisible feelings, and the unknown.

Kelly pushes viewers to consider what might lay beyond a representational register. Through a complex and free-flowing process, spanning the digital and analog, he excavates his pictures from within. As abstractions, each work is an exploration of painting as a conduit (though imperfect) of feeling. He parts the veil of reality to expose a world of blazing color and vibrating forces.

Michael John Kelly (b. 1975, Provo, Utah) received his MFA from the University of California Los Angeles in 2014. He also received a BFA in painting and drawing from Brigham Young University in 2004. Kelly has exhibited his work in group and solo exhibitions across the United States at Gavlak (Los Angeles, CA), Pacific Design Center (Los Angeles, CA), Torrance Art Museum (Torrance, CA), Fredric Snitzer Gallery (Miami, FL) and 68 Projects (Berlin, Germany). He currently has work on view at 68 Projects where he completed an artist residency in the spring of 2019. Kelly lives and works in Los Angeles, CA.