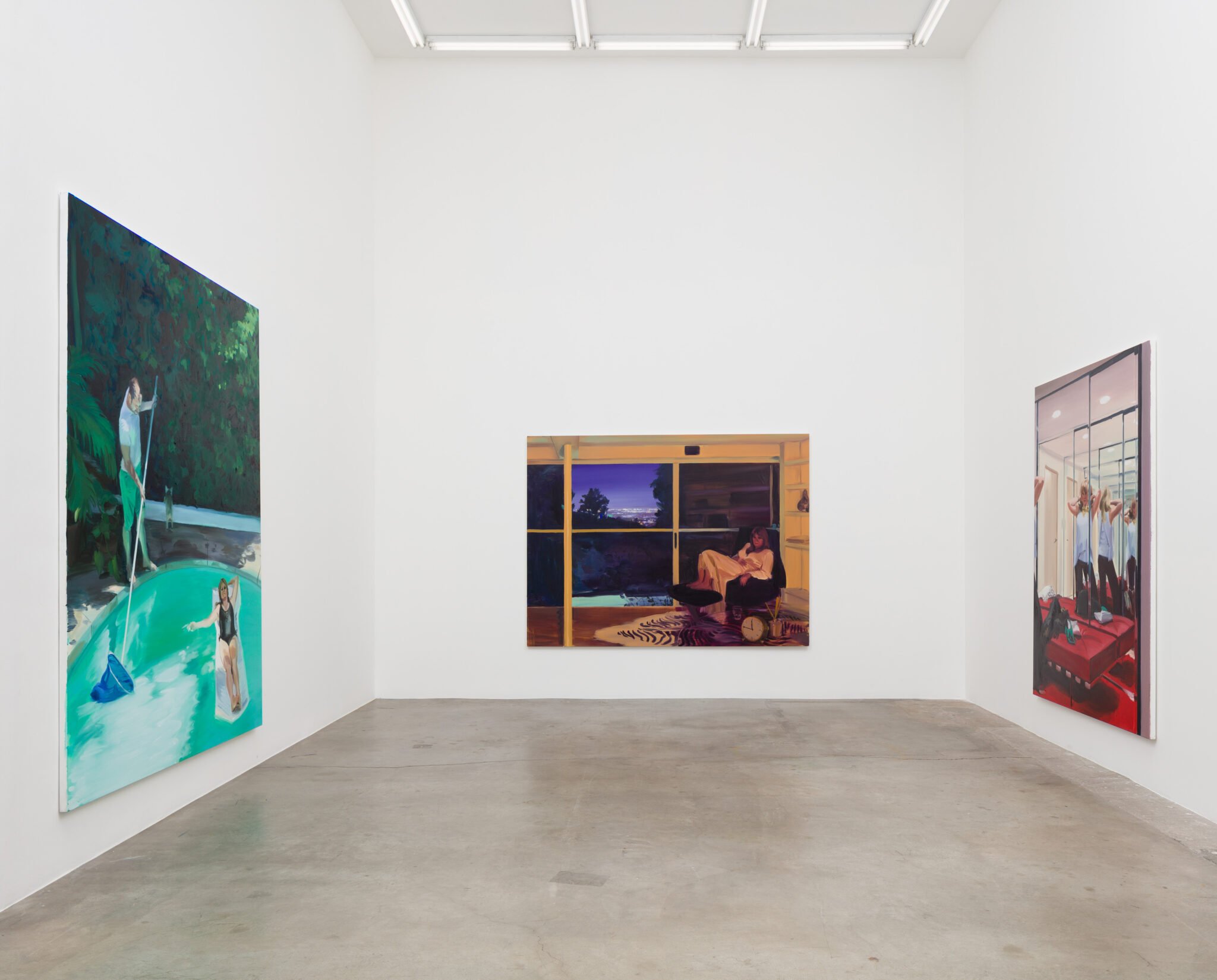 Anat Ebgi is pleased to announce Sunset, the first solo exhibition of Caroline Walker in Los Angeles. Featuring new large scale paintings and intimate works on paper, Walker’s exhibition focuses on the figure of a woman within the psychological spaces of a modernist Hollywood Hills home. The exhibition opens Saturday, Jan 13 and is on view until March 10.

As a cohesive body of work, Walker’s paintings hint at a larger narrative that is never fully revealed to the viewer. The central character in Sunset is an aging beauty queen accompanied by her two small dogs, a pool boy, and a makeup artist. The viewer is given glimpses into the feigned private life as the woman moves about her day engaged in leisurely activities. Despite her attendants, the woman appears strikingly isolated within her environments— floating in the pool, brunching at the Beverly Hills Hotel, dwarfed by the towering greenery in the pastel light of dusk.

Walker’s paintings build upon the cinematic language of Los Angeles life. The icons and emblematic locations of the city are pulled throughout the constructed scenes. The main figure, a former Miss Colorado, becomes an actress in Walker’s paintings, playing into the fantasy and cinematic trope of the LA woman with the enviable life of ease and affluence. Using a hired model in a rented home in the hills, Caroline’s work becomes an appropriation of the process of movie making. Her paintings are captured moments of a carefully composed set, yet distanced from their photographic origins through painterly gestures that abstract the body and exaggerate the psychological space they inhabit.