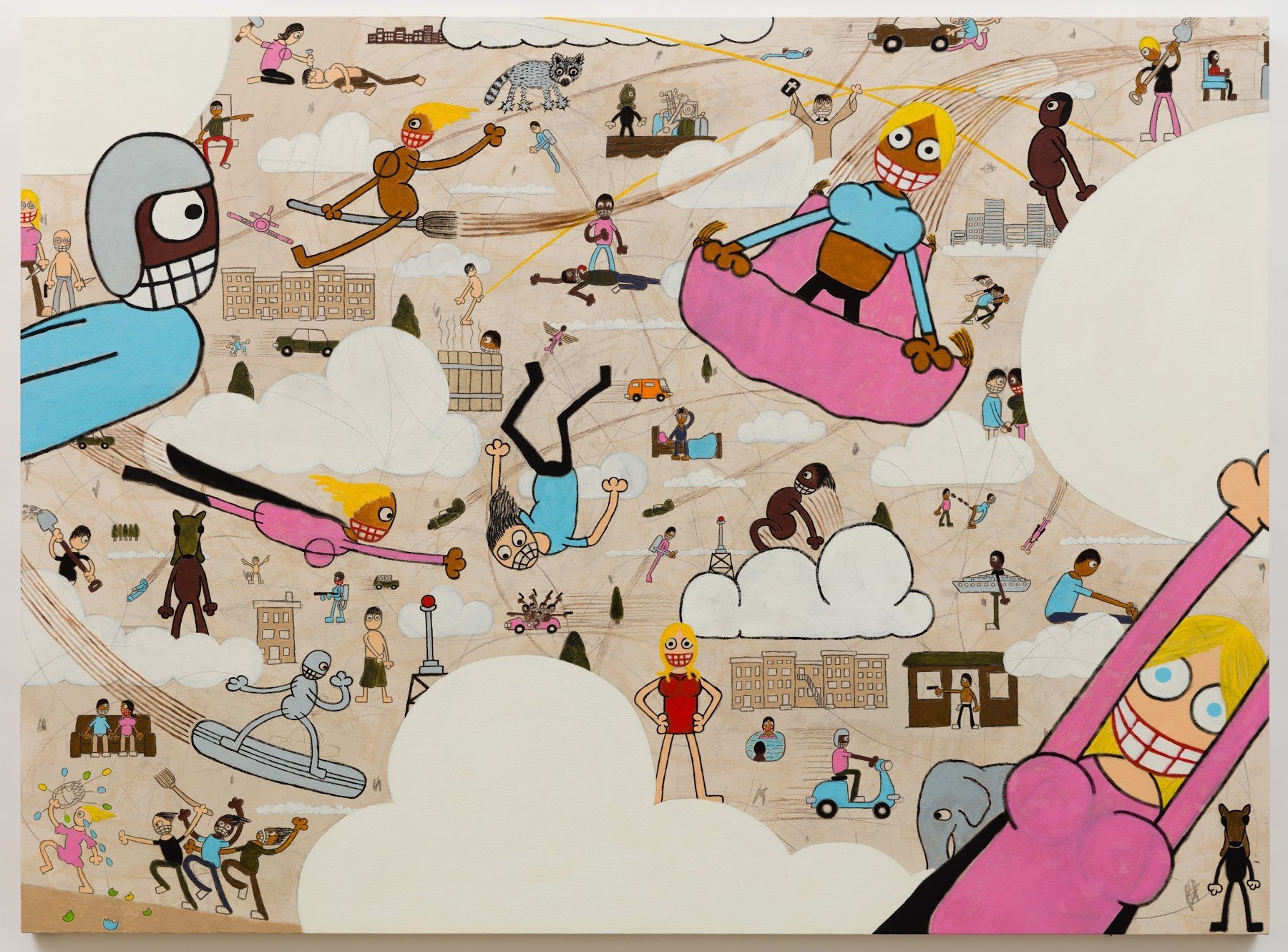 Anat Ebgi is pleased to present Suddenly, an online exclusive selection of new work by Jay Stuckey, curated by artist Derek Boshier. On view from August 10 – 31.

It is a genuine honor to have Derek Boshier curate this show. I first met Derek around ten years ago. Being a self-professed “student of the game,” I knew of Derek well before we met. His 1961, “Special K” painting, as well as a host of other works are legendary to me. To paraphrase LCD Soundsystem from their 2002 song “Losing My Edge,” Derek was there. He hung out with Peter Blake and Pauline Boty in The Day!

From the moment we met, Derek was and continues to be a wellspring of energy. While he’s happy to share stories from his past, Derek doesn’t rest on his laurels; he is constantly active, constantly curious, and always, always making new work. Over the years of our friendship I have learned a great deal from Derek, and not just in terms of studio practice, but also in the more nuts and bolts aspects to forging a career as a practicing artist. He is a true friend and guide.

Given my respect and admiration for Derek, it was with some trepidation that I asked him to curate this show. What if he says “no”? So many thanks to Anat for suggesting it and encouraging me to approach him with the idea. But given what I have written above, of course Derek said yes. He is always searching, always ready to engage. A heartfelt Thank You to Anat and Derek for making this show happen. I still can’t believe I got to work with Derek Boshier on an exhibition. My Stars!

Derek Boshier (b. 1937, Portsmouth, UK) began his career exhibiting in London in the 1960’s after graduating from the Royal College of Art in 1959, where he studied alongside fellow Pop Artists David Hockney and RB Kitaj. Boshier has shown extensively in the U.S. and Europe, including recent group exhibitions at The Walker Art Center in Minneapolis, the Kunstmuseum Wolfsburg in Germany, and in a two-person show at Galerie Albert Baronian in Brussels. His work has been acquired by The Menil, Houston, TX; The Tate Gallery of British Art and The British Museum in London; The Brooklyn Museum, New York; and The Centre Pompidou, Paris, among many other collections. He lives and works in Los Angeles.