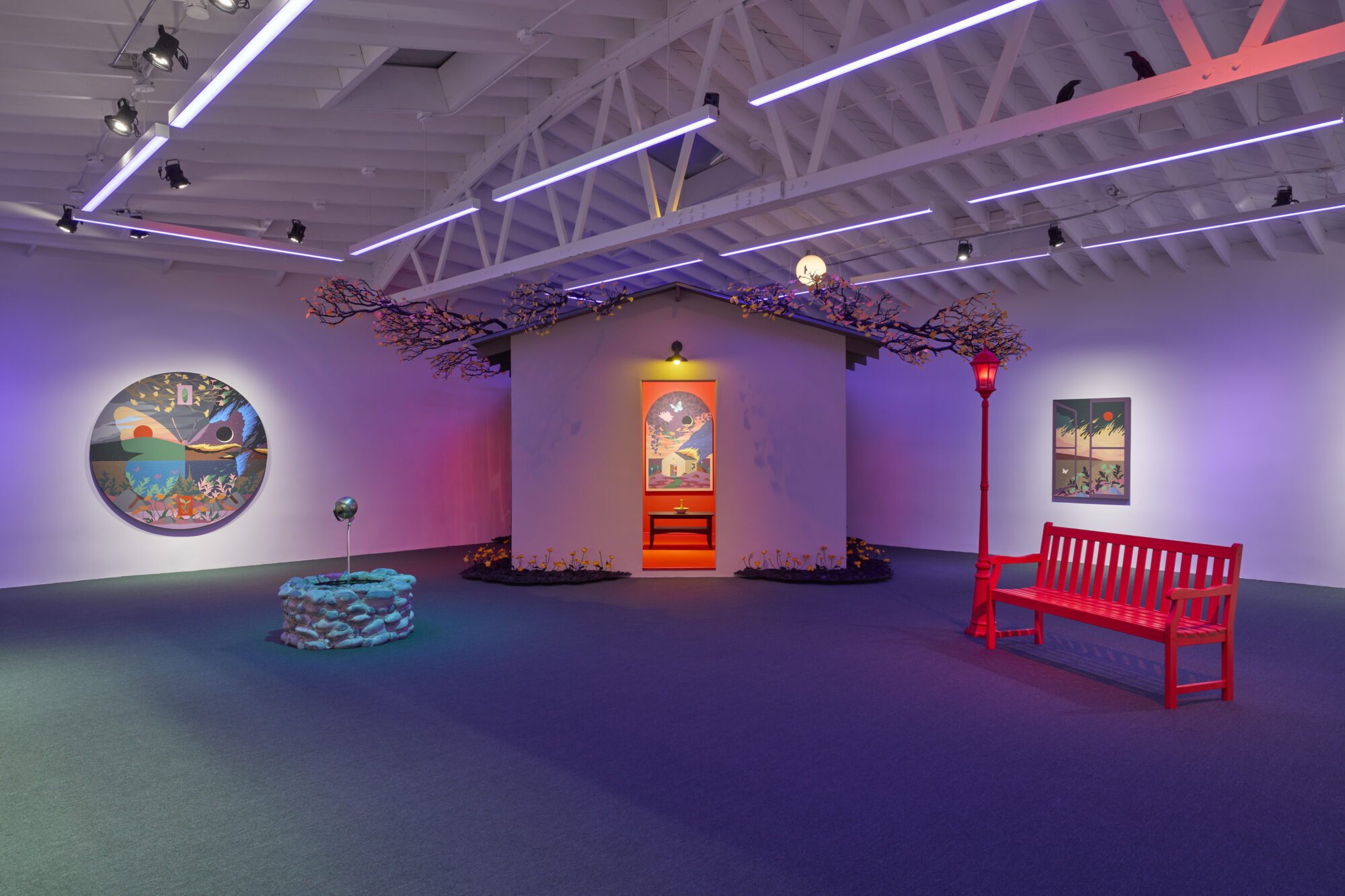 Anat Ebgi is pleased to announce Apparition, an immersive exhibition by Los Angeles artist Greg Ito. On view at 6150 Wilshire Blvd, opening Saturday, October 2, 2021. This is Ito’s first solo exhibition with the gallery and follows up The Arrival of Spring, a solo presentation at Art Basel Hong Kong earlier this year.

In six new paintings Ito deep-dives into his expansive cinematic compositions. These works contemplate themes of new life, metamorphosis, and the ghosts we live with—personal history, generational trauma, and the invisible weight of being alive. Among Ito’s subjects are flaming hillsides of Southern California, sprawling city streets surveilled by helicopters, and smoky sunsets; this darker imagery is contrasted by blooming poppies, flittering ginkgo leaves, and butterflies.

In his largest painting to date, a five-paneled work titled Motion Picture, Ito depicts a dramatic and layered landscape framed by arched floor to ceiling windows and billowing burning curtains. Fundamentally a storyteller, the artist is driven by the momentum of narrative and repeating motifs—moons, suns, flames, keyholes, clocks, teapots, and horizons—that operate with a dreamlike logic that is playful with scale, superimposition, and silhouettes.

Prominent in a corner of the gallery is a large house with a pristine facade that visitors can enter. Once inside, it is revealed to be damaged and burned out. The house on fire is a recurring symbol for Ito and functions conceptually as a self portrait. It speaks not only to his grandparents’ experience as Japanese-Americans during World War II and their forced removal to internment camps, but also his own experience as a fourth-generation Angeleno with immigrant roots. For immigrant families, home is both where you are and elsewhere; it is a fleeting and fragile refuge from the outside world, where connection to the past is preserved and hopes for the future are nurtured. The idea of home also takes on a new profound meaning for Ito, who became a father earlier this year, speaking to his desire to build a secure and stable life for his new family.

Two sculptures in the exhibition underscore spiritual and mystic elements of Ito’s practice. Placed outside the house is a floating teapot fountain that appears to be infinitely pouring itself into a stone wishing well. Inside the house, a bowl of ramen with a pair of hashi suspended midair, spin clockwise infinitely on a table. Both works draw attention to metaphysical and oppositional forces—presence and absence. 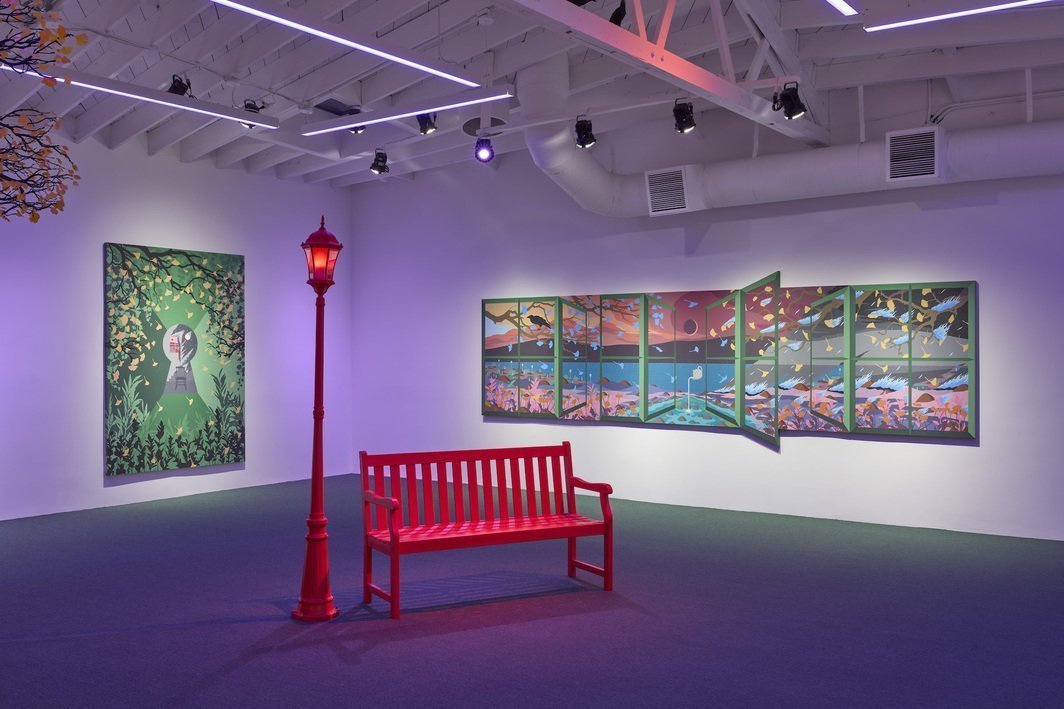 “Apparition,” assumes the form of an immersive installation and is suffused with yearning—for a deeper connection to the past or, perhaps, a better today. — Annabel Osberg 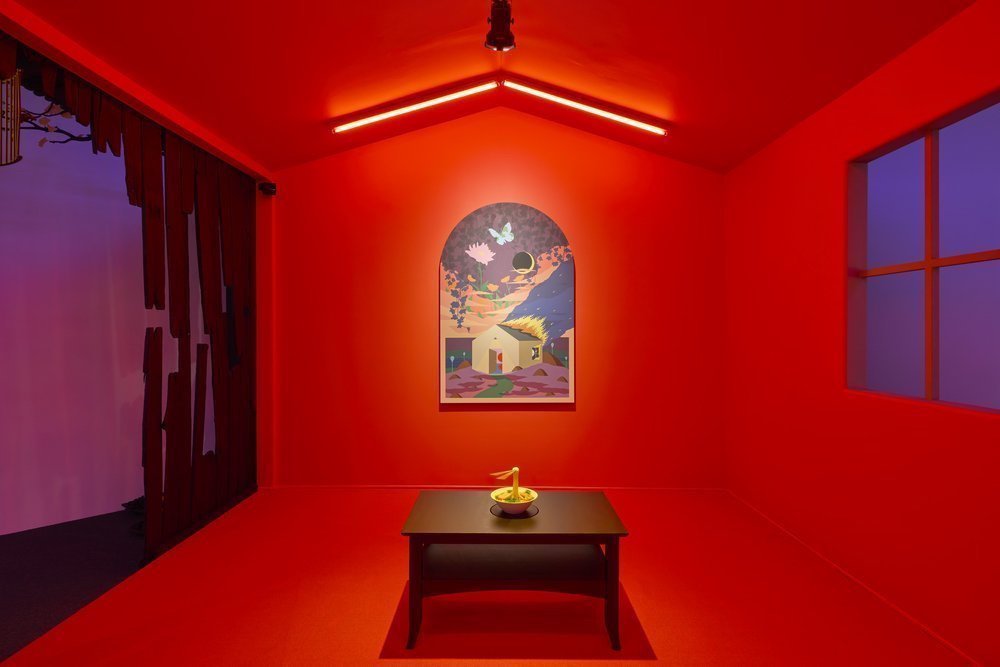 In Conversation with Greg Ito

By interspersing both aspects of destruction and decay with growth and wonder, Ito’s work represents the non-linear and complex process of change, both good and bad. — Anna Brosnihan 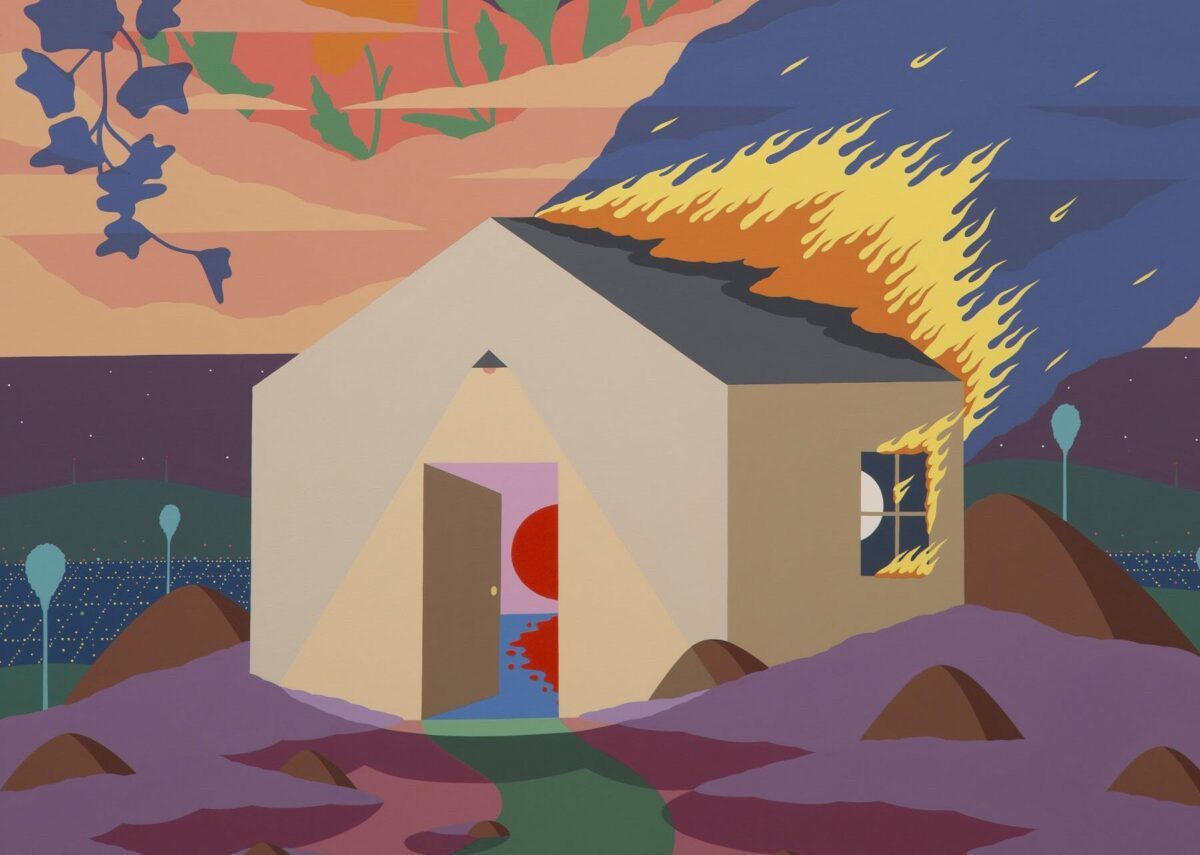 Ito explores themes of new life, metamorphosis, and the ghosts we live with—personal history, generational trauma, and the invisible weight of being alive. — Anna Schneider 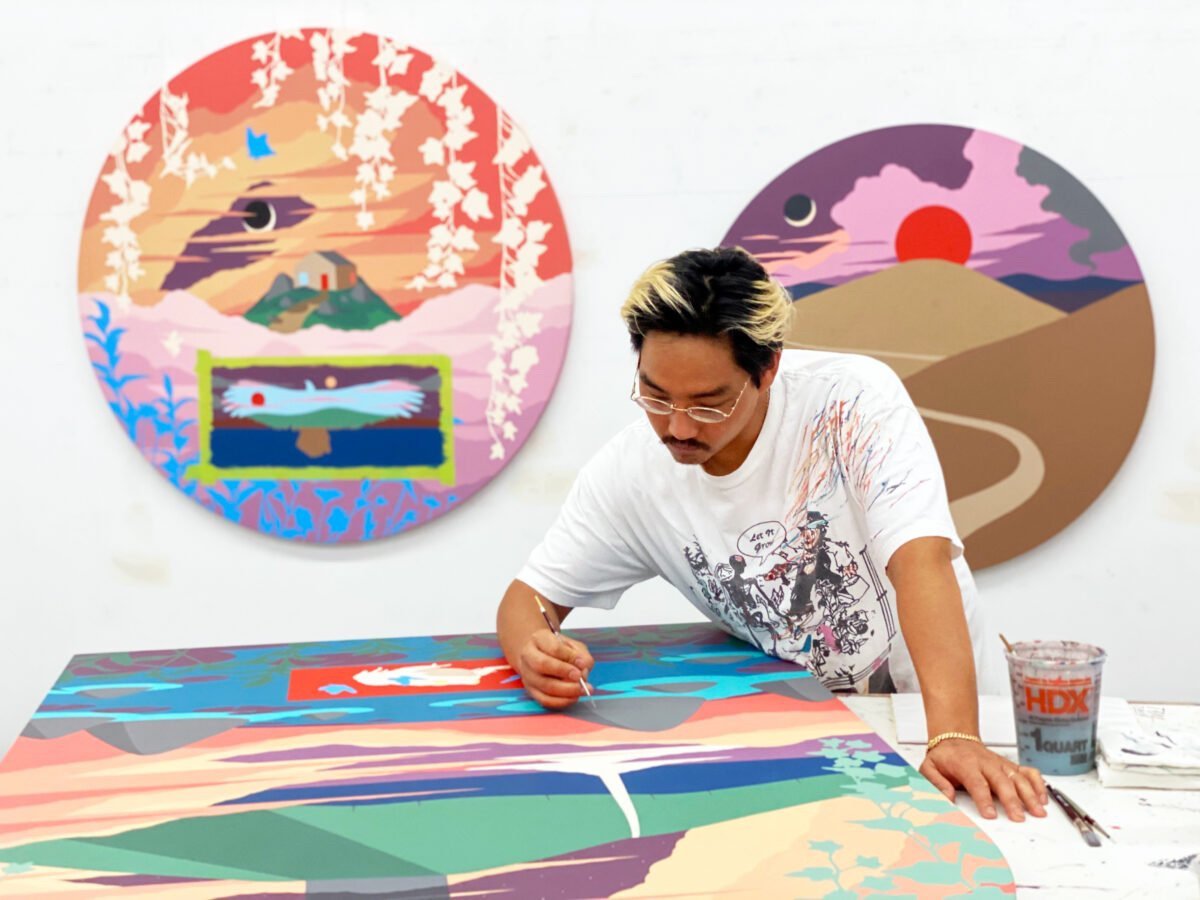 When Greg Ito moves from the canvas to work in sculpture and installation, whether crafting vistas for the wall or walk-in environments, his narrative symbolism is always pursued with a painter’s sensibility. — Shana Nys Dambrot