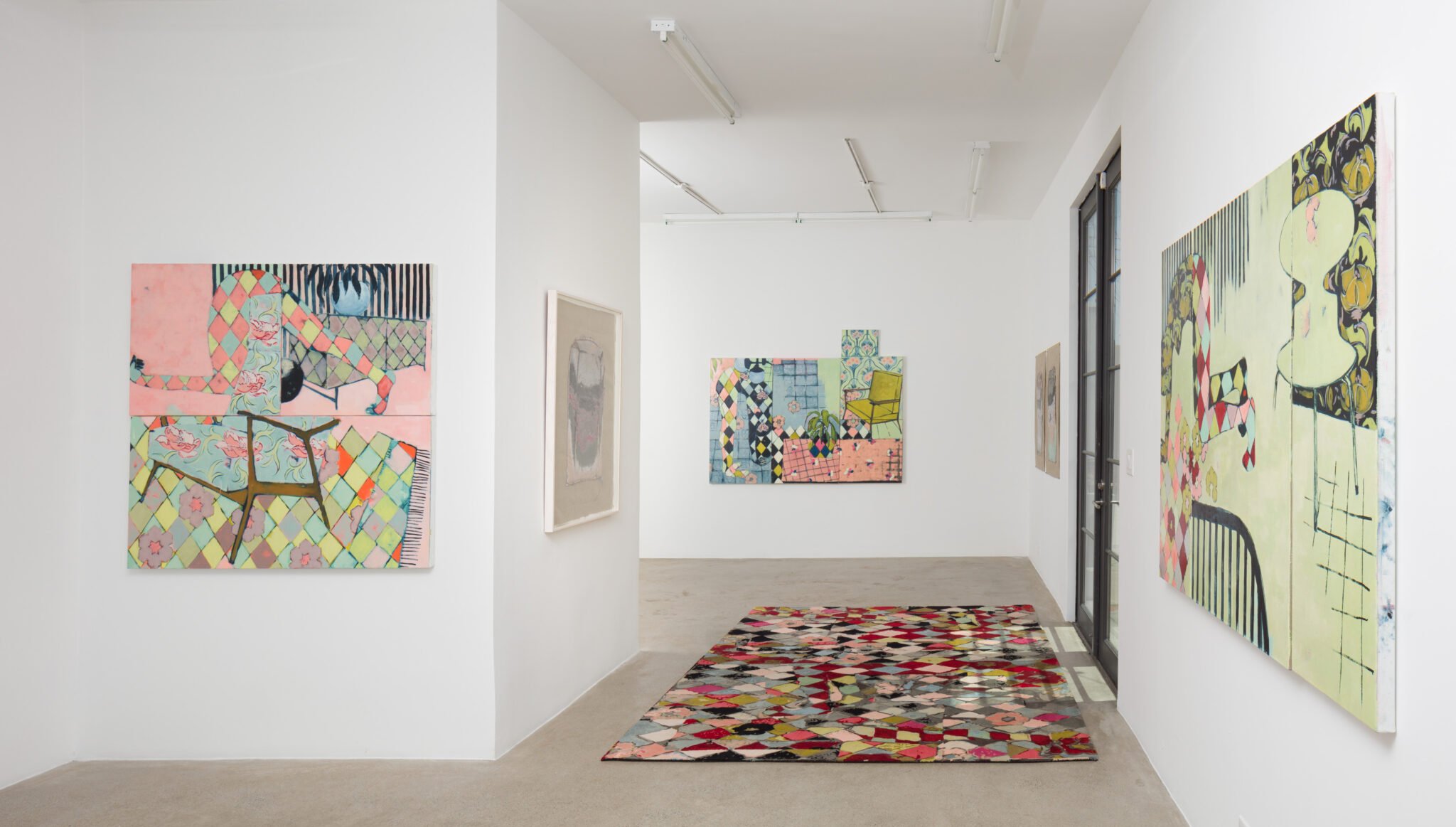 Anat Ebgi is pleased to announce Double Entendre, a solo exhibition by London-based artist Sara Berman, curated by Tamar Arnon & Eli Zagury with an accompanying essay. The exhibition will be on view in AE2 from June 30th to August 11th. An opening reception will take place Saturday June 30th from 6-8pm.

Dense tessellations of gendered bodies recede into a mélange of harlequin diamonds and Vespasian checkerboards. Often comprised of several panels joined together, Berman’s practice embraces the architectural; ambiguous fusions of perspectives, patterns and appendages environ throughout the densely layered canvases. These collage-esque distortions produce a physiological tension which retain a loose and playful corporeality, amid contortions of limbs. Berman’s scenography of the domestic interior flattens the plane, compressing space in such a way that furniture, ornament and body seem to exist on top of one another, a somber non-hierarchy of rich colors punctuated by soft vulnerability.

The larger canvases which often incorporate textiles within their painted plains, are accompanied by collaged works on paper, freestyle embroidery studies on linen and a collection of Lint works, depicting utilitarian, genderless garments (sweaters). The latter works refer to the figure and the relationship between the body and the spaces it occupies through the material build-up of thread, hair and dust infused within, alluding just as much to bodily accretion as psychological accumulation.

Working across these various mediums of paint and textiles, the works are bound together by a commitment to the exploration of materiality and its corporeal possibilities in a considered investigation of the body and the spaces it occupies.

Sara Berman (b.1975) lives and works in London; she completed her MFA at Slade School of Art, UCL in 2016. From 1998 to 2012, Berman worked as a fashion designer, founding her eponymous fashion brand. Her work has been shown widely at venues such as the National Portrait Gallery (London), BAK Museum Utrecht (Netherlands) Galerie Huit (Hong Kong) and Sapar Contemporary (New York).