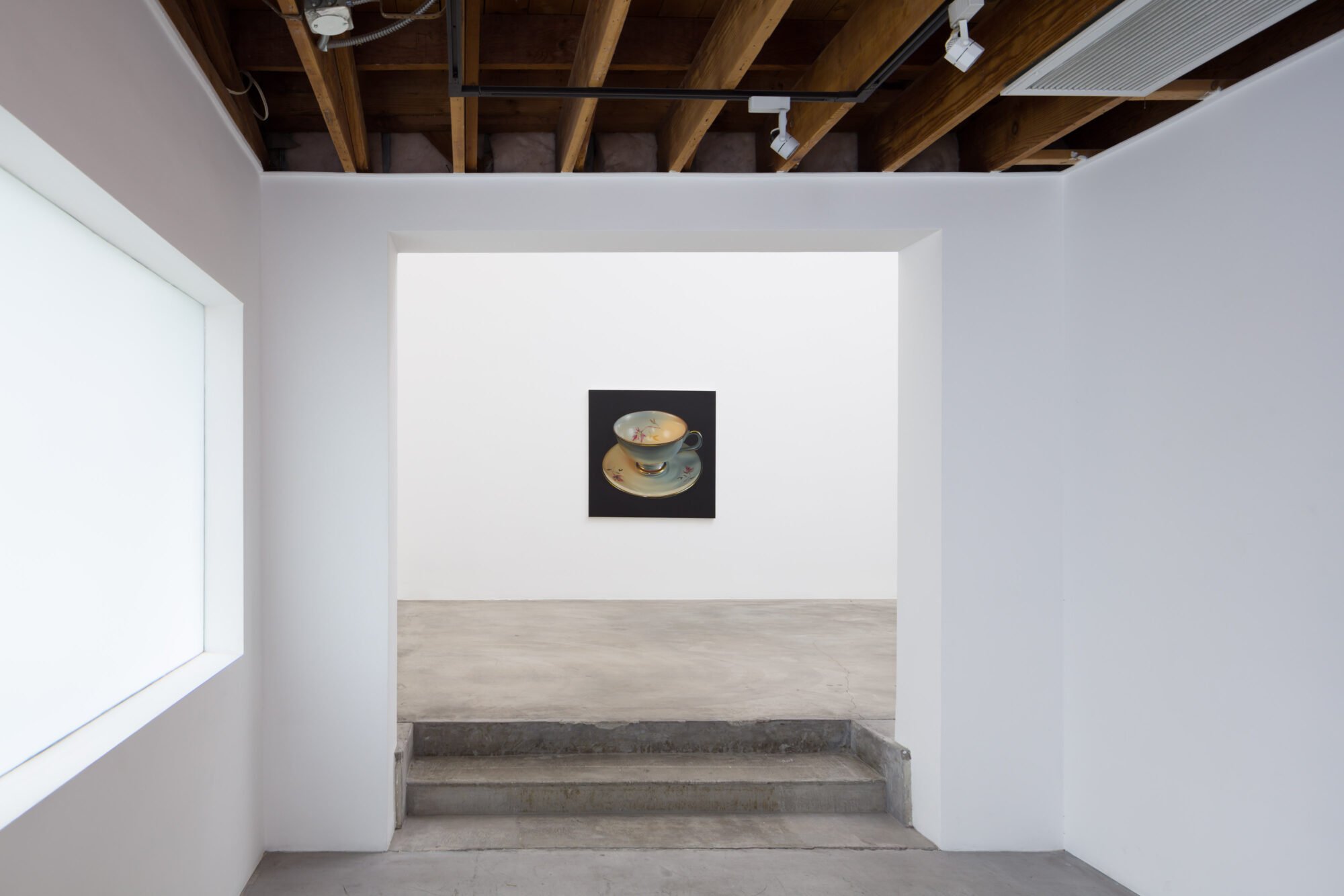 Anat Ebgi is pleased to announce Teacups, an exhibition of new paintings by Los Angeles artist Robert Russell. On view at 2660 S La Cienega Blvd, opening Saturday, January 23 and running through March 6, 2021. This is Russell’s third solo exhibition with the gallery.

Robert Russell consistently addresses ideas of memory, iconography, and mortality in a personal language that is attentive to beauty, the history of painting, and the role of photography. Best known for his photorealism, Russell’s latest paintings are marked by a distinct soft focus indicative of the tenderness, personal affection, and emotional depth with which he approaches his subject. Set against a field of velvety black and decorated with blooming flowers, the gleaming porcelain bouquets seem to invoke the poignancy of memento mori and vanitas paintings, reminders of life’s fragility.

Through his considerate treatment of space and perspective, Russell carefully renders the teacups at such an enlarged scale that to approach the paintings is to shake loose the subject matter, to step into abstraction, to slip into a void. The picture falls apart into flourishes of brushstroke and tonal shifts. The dexterity of the work’s painterly execution is apparent. The luminous flowers on each cup require different painting techniques, creating a juxtaposition of styles throughout the gallery. Pure white marks indicate the camera flash light source and bring into sharp contrast the light absorbing matte black background.

Since the 1960s, many painters have turned to photographs, not just as source material, but as a primary subject matter. Russell bases his compositions on utilitarian photographs collected from various sources such as eBay listings or online estate sales. He mines this idiosyncratic ‘archive’ of snapshots searching for teacups that hover between ornate and ordinary. Russell elevates these objects, unserious and unimportant; painting them in earnest, he transforms what is common into an elegy.

As in previous bodies of work, ‘Book Paintings,’ and ‘Portraits of Men Named Robert Russell,’ the artist has narrowed focus on a single subject, while also landing on something seemingly infinite—an important conceptual conceit. As teacups their meaning is clear, that is, their functionality is clear, however as paintings, Russell has summoned a serene and transcendental image channelling the ineffable. 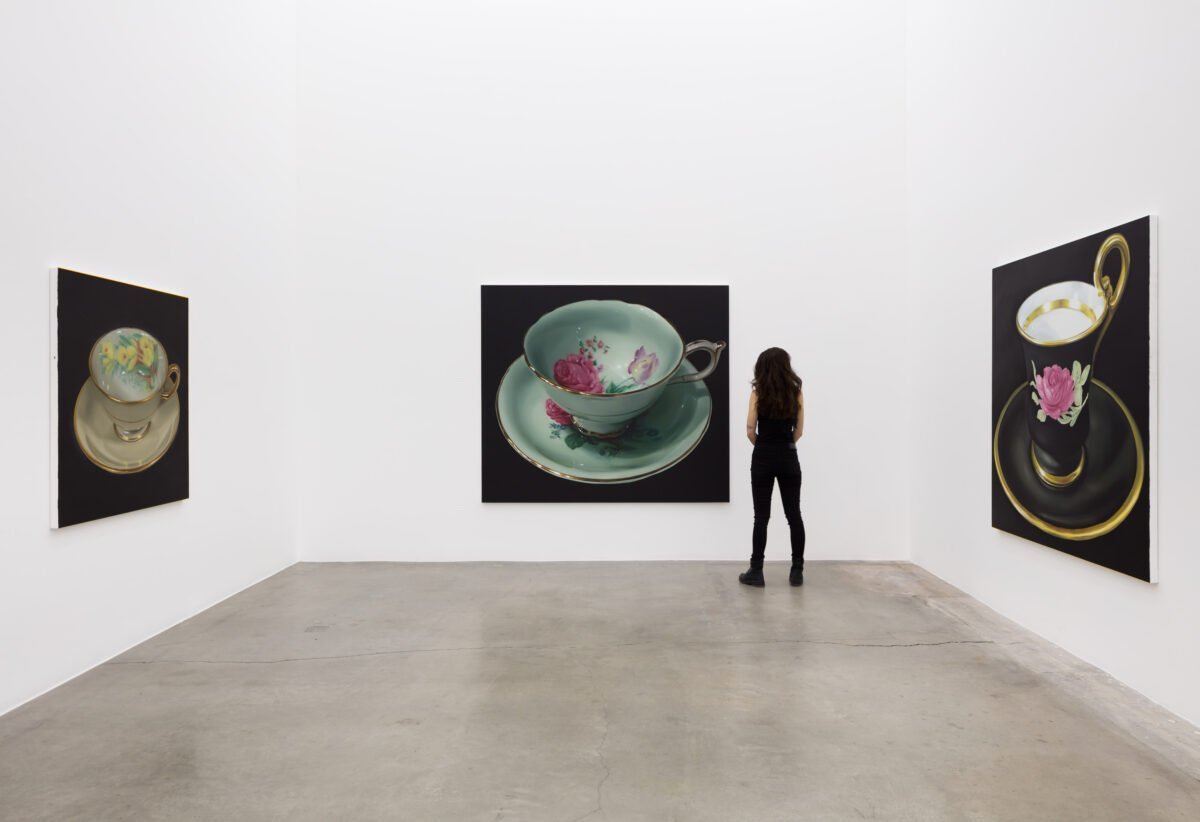 Russell’s work is simultaneously rooted in painting and in conceptual art. He is invested in the ideas of reproduction, seriality, and transformation, as each of his projects presents variations on a theme. — Jody Zellen 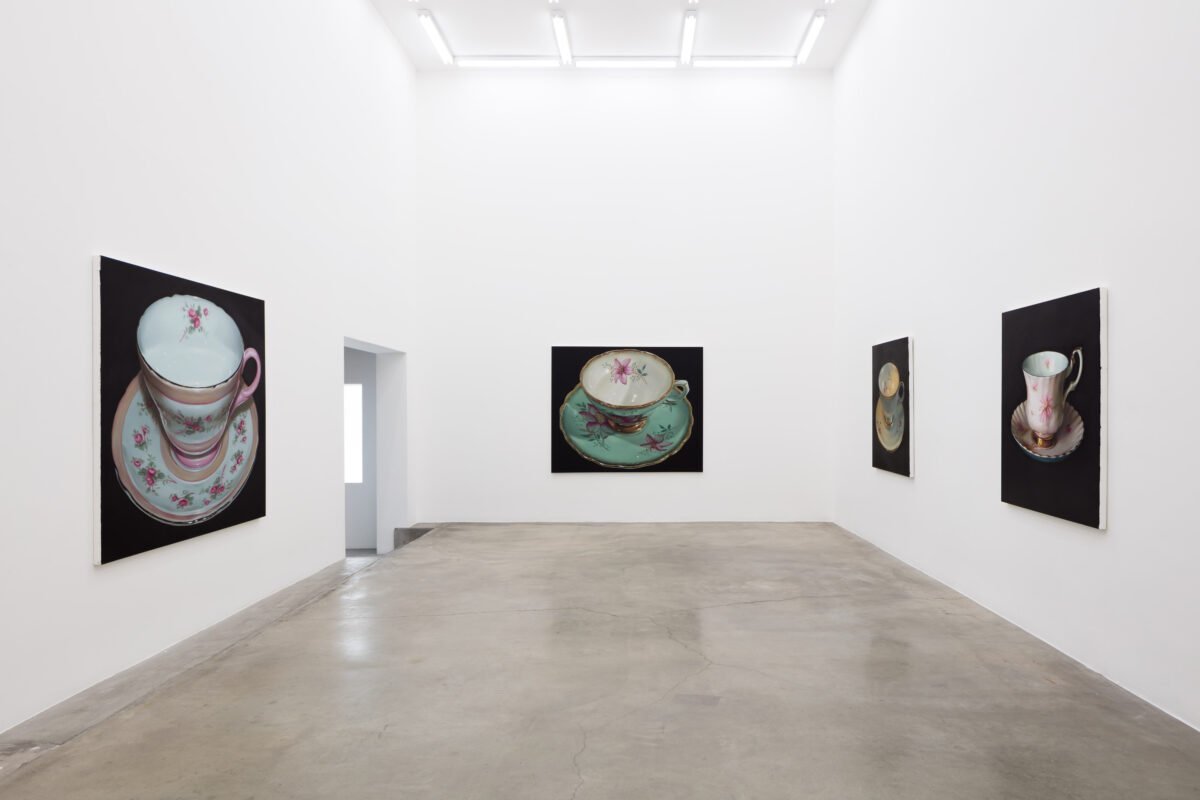 Russell is best known for his photorealist paintings, which address themes of memory, iconography, and mortality. His work often nods to art history and also reflects on the increasing importance that photography plays today. — Francesca Aton 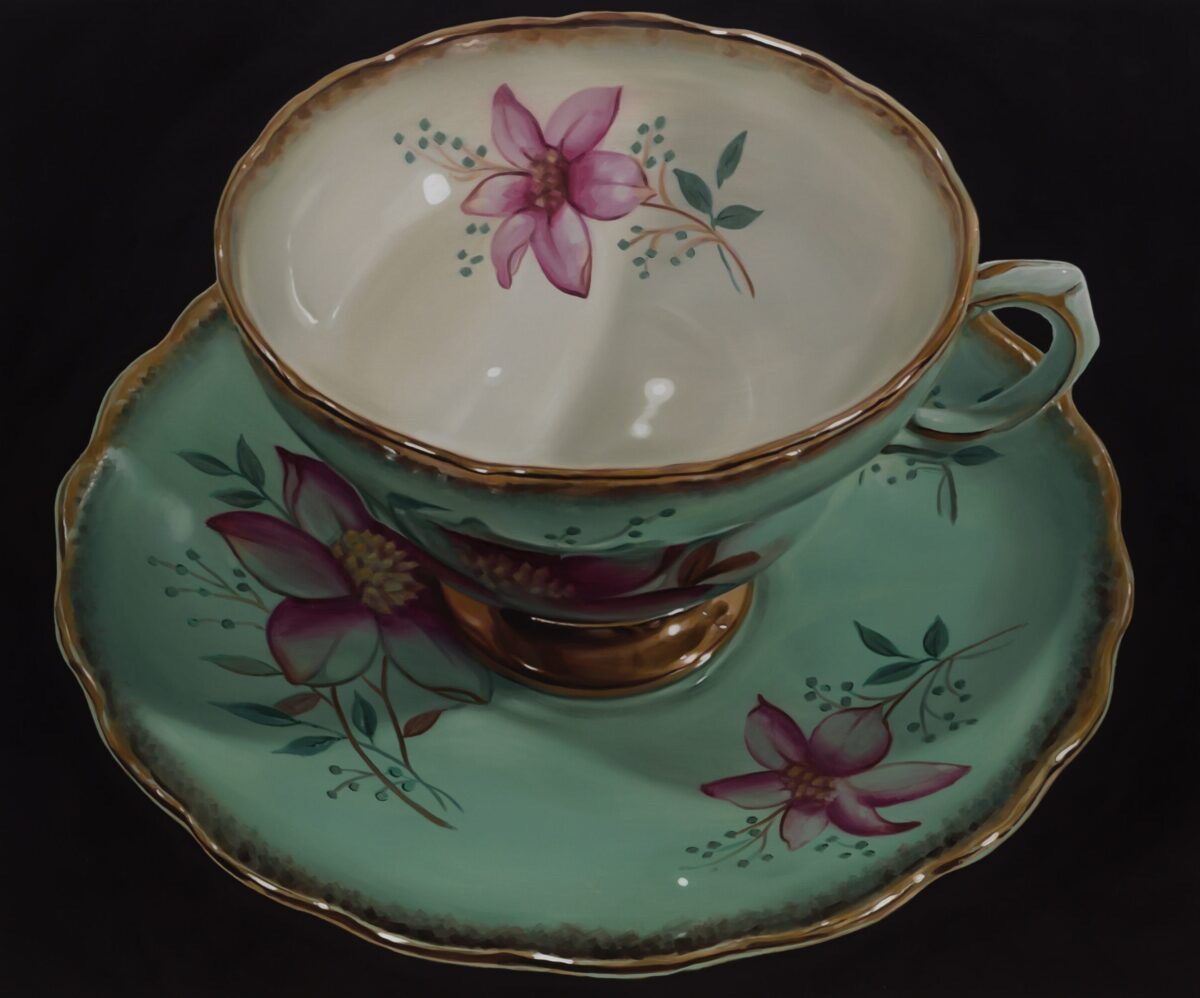 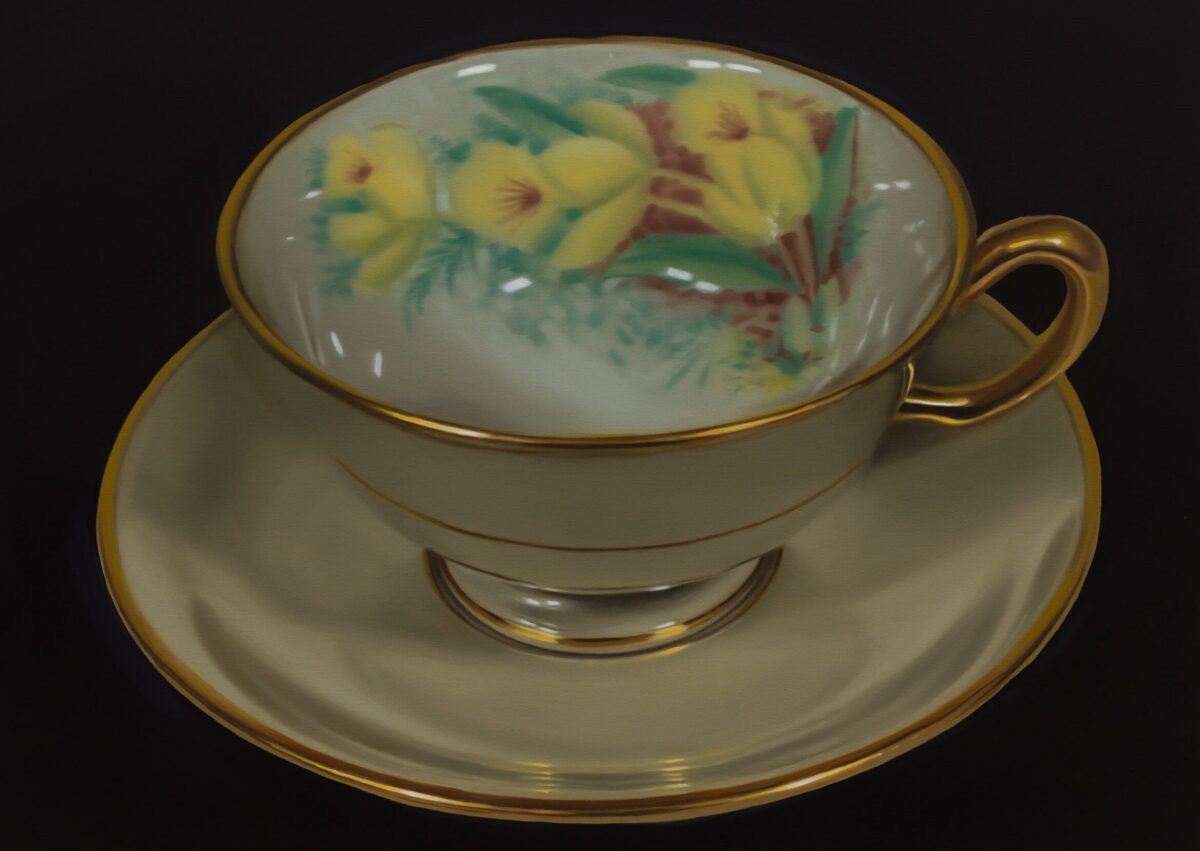