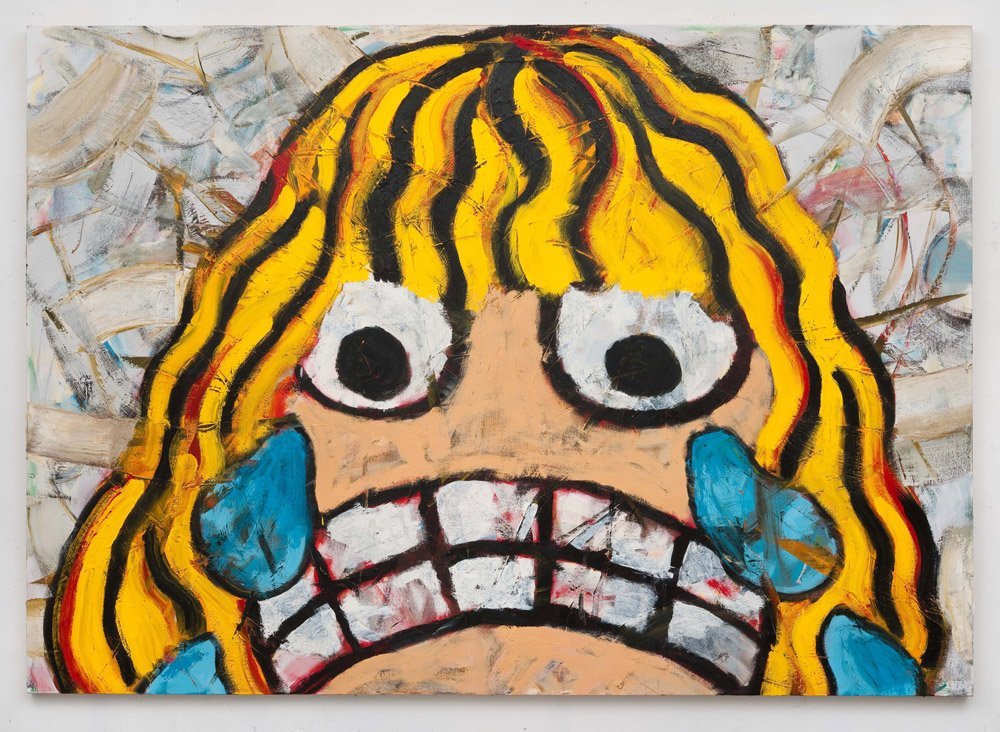 For Jay Stuckey’s second exhibition, the artist delves deeper into dreams and archetypical imagery. The paintings utilize an aoristic approach — an action without denoting whether completed, begun, or repeated — composing a perpetual grand narrative harkening back to allegorical and historical painting.

Launching from Stuckey’s previous works, the imagery in these new paintings gets pushed back, capturing the outlines and textures of faded fragments of memory, akin to the quality of dreams. They also ask more from the viewer, the images slowly boil up to the surface over a course of time, rather than immediately. Layers of oil paint, oil stick, crayon, and torn paper create a wall-like surface with scrawling figures of various sizes, veering away from the traditional pictorial plane.

By using dreams as subject matter, Stuckey consequently taps into the collective unconscious where the union of opposites manifest – male and female, love and war, darkness and light. In the large scale painting Guardians of the Secret, a smiling couple nestled inside a bus unaware, or hiding from, the dangerous and violent world outside the vehicle. These polarities are a reflection of our collective psychological condition – layered with complexities, sometimes perverted, vulnerable, and humorous.

Along with the union of opposites is a conflation of time and space. In the painting Pallas Athena II, the mythological goddess Athena shares the same canvas as a contemporary blonde female figure smoking a cigarette. As in dreams, the constructs of time and space are irrelevant, and the rules of logic are suspended.