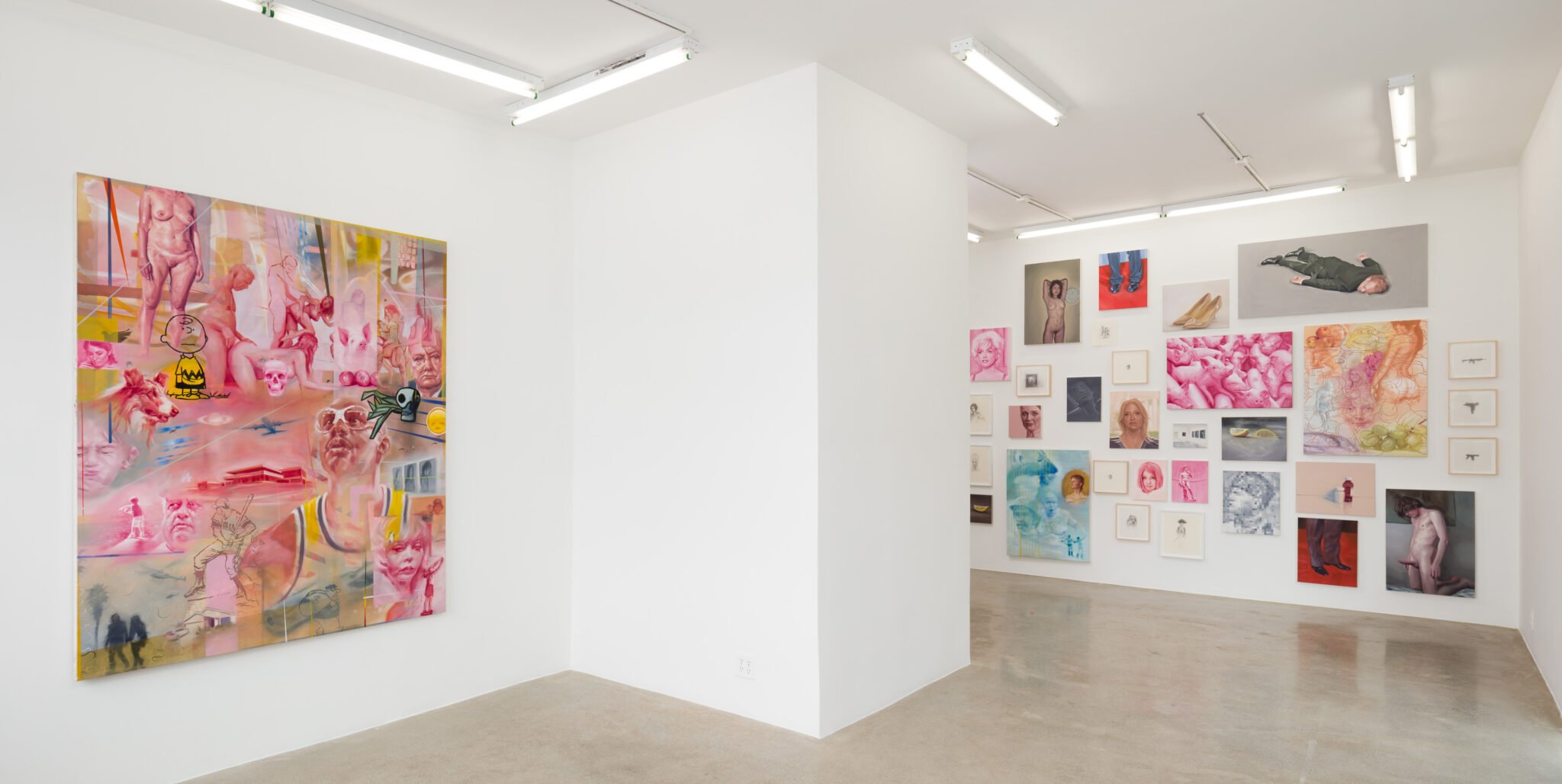 Anat Ebgi is pleased to announce, Moore. More. Moore., the gallery’s first solo exhibition of LA-based artist Robert Russell at AE2. A salon-style installation of paintings continue the artist’s interest in using the tropes of painting to critique contemporary culture.

Kellyanne Conway’s sullen face grimaces mid-sentence. A perplexed, prudish Charlie Brown looks out helplessly, trapped amid a mirage of panting dogs, a folle orgie of sweaty bodies entangled with rotting still-lifes, the old CalArts building in Valencia, and Kareem Abdul-Jabbar. Scenes of depravity rub against a sentimental use of color, breeding a hypertextual and media-saturated environment perhaps just as wet as Russell’s lavish use of oils. The conventions of self-presentation are explored in a succession of canvases depicting amateur webcam models mid-pose, recalling the traditional nude studies fundamental to any painter’s training.

Deconstructing how images are made and received, the romance of painting and art history are manipulated, collapsing the private and public through realism. Andy Warhol’s turtlenecked face stretched like a bad Photoshop edit, Michelangelo’s David swathed in a garish pink, and a nod to Pointillism with a “pixelated” Mussolini, appear alongside three small, “cropped” canvases, easily borrowed from Getty Image stock photography, of men’s slacks and dress shoes on a red carpet, their identities virtually indistinguishable save for the respective titles, George, David, and Leo.

The exhibition is accompanied by a collaborative publication by Russell and Carter Mull, materializing a deep social bond and investment in one another’s practices.Unapologetic in his politic, Russell’s work is still that of an earnest painter. The dark excess and volume presented in his sprawling installation is reminiscent of a Google image search cache, complete with the “cookies” of a viewer’s personal information, and the odd dick pic. A painterly accumulation occurs, questioning notions of value and media literacy.