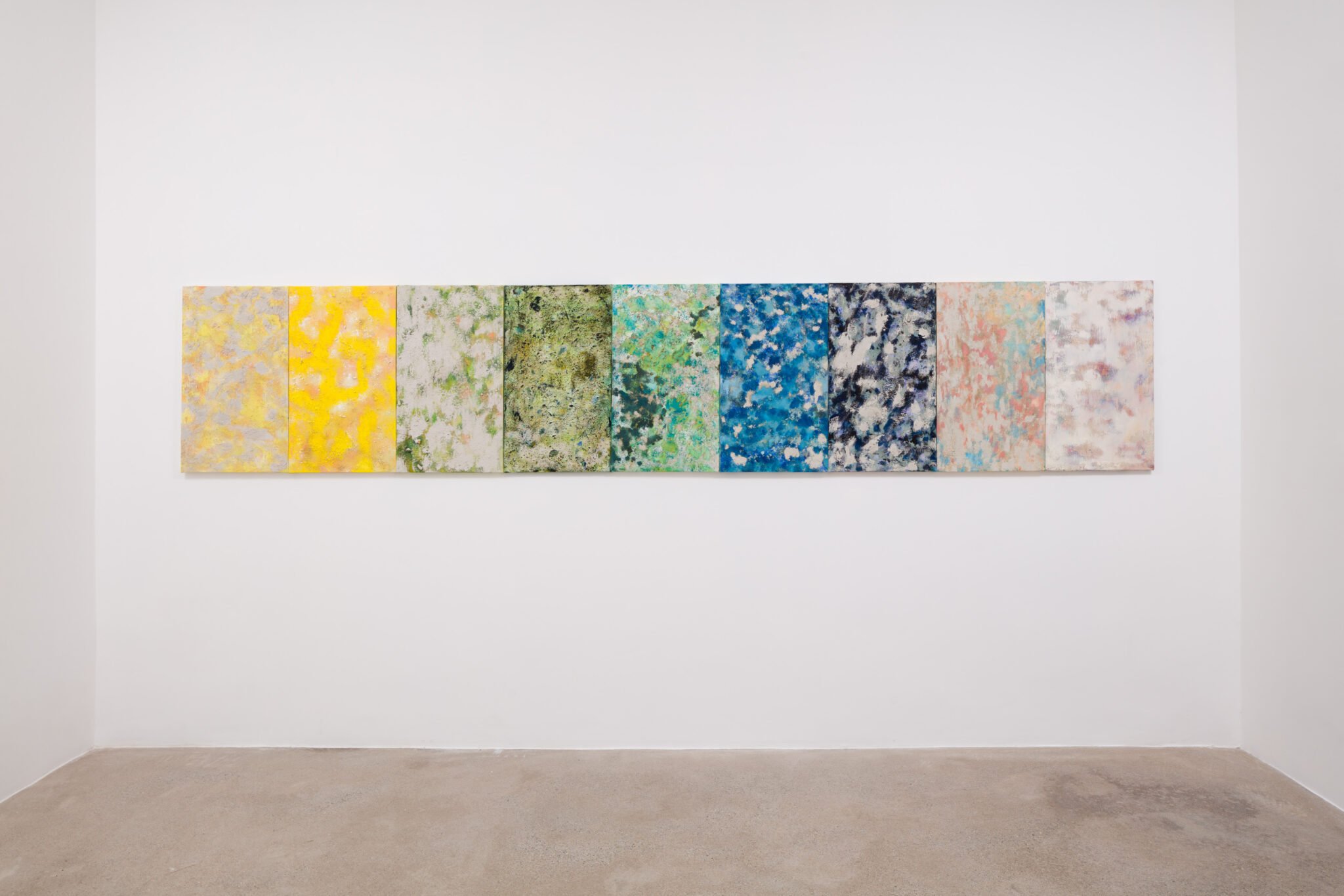 A continuous line of cars and lights and exhaust. La Brea. A mix of concrete and oil mirror the mineral pitch of the street. Low grumblings over the din of traffic, it’s a cyclical process. The street is lined with the flowering jacaranda and oil well pumpjacks— Los Angeles’ flying buttresses. Hitting a road block is just a detour around the Tar Pits. Trying to paint the smell of the tar in the air is impossible.The oil seeps out to become a stain on the porous concrete, its pigment won’t stick to a layer of dust.

Surfaces are crystallizations of the organic. A process moving forward and backward in time, refining the crude into some beautiful aggregate. Like a conversation at a red light, the words are slow but end abruptly when the color changes. Stop then go. The road and much of the landscape [is] artificial. Everything along it has been reused. The asphalt bubbling up from cracks below the surface, the tangerine and lavender sunset glow on the buildings, the canvas scraped down and built up.

I’ve been here before.