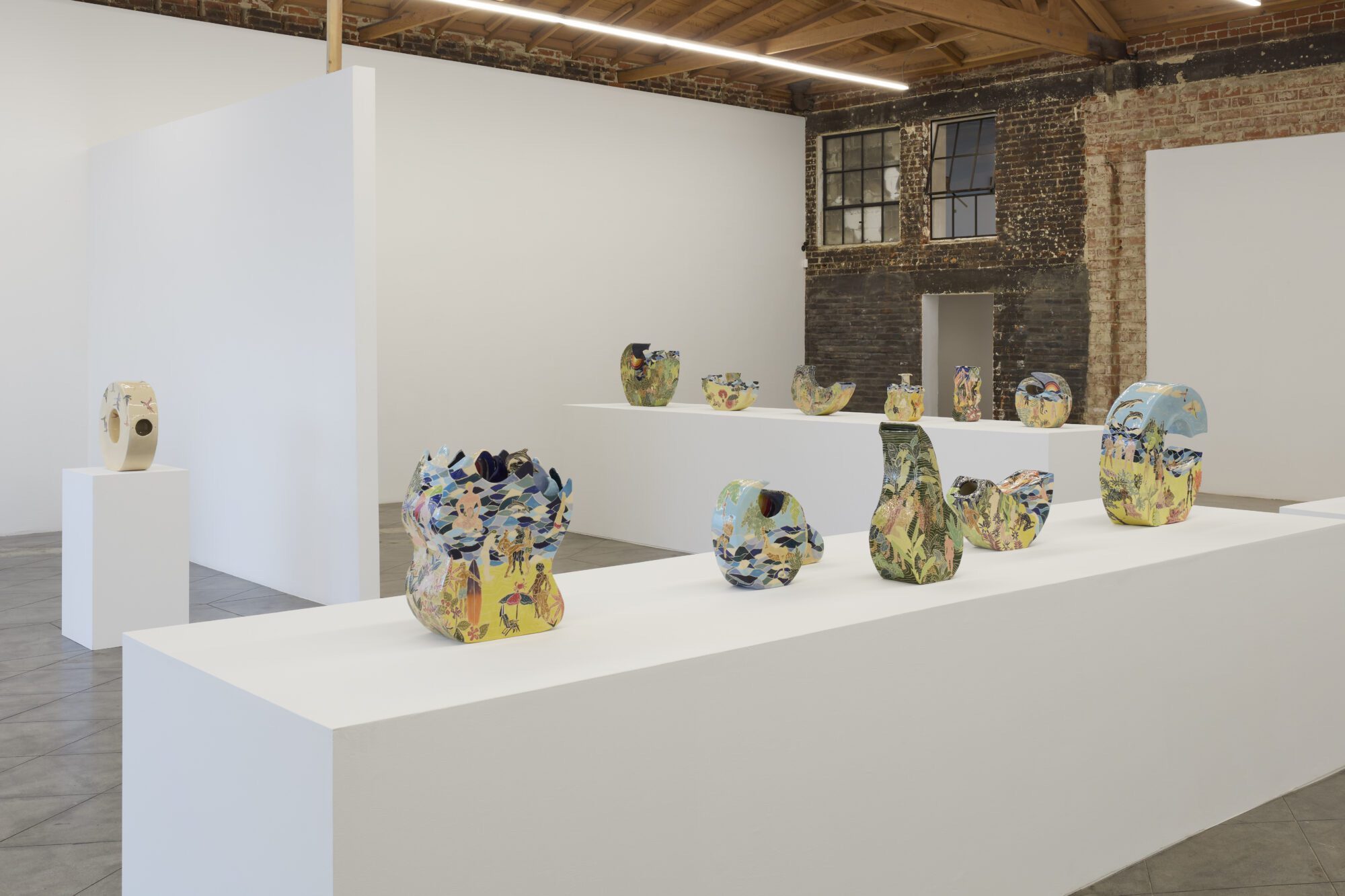 Strzelecki’s works encompass a range of influences. Looking to the canon of Western art, he draws upon fantasy of the exotic and projection seen in Rousseau’s wild landscapes and Hockney’s swimming pools. Christian iconography and ancient mythology also appear. Themes of creating and inhabiting his own world continue in the exhibition with a suite of works called ‘Origin of the World.’ These four ring-shaped nearly monochromatic vessels interpret the biblical depiction of the creation story—sea, sky, sand, and jungle—the foundation for his own ‘gay garden of paradise.’

Krzysztof Strzelecki (b. 1993, Świdnica, Poland) earned his BFA in photography from the University of the Arts London (UAL), Camberwell. He works in a variety of media, including ceramics and photography. Strzelecki recently exhibited his work in the group exhibition It’s Much Louder Than Before, at Anat Ebgi, Los Angeles, CA. His sculpture Olympia (2020), was recently acquired by the Dallas Museum of Art (DMA) permanent collection from our presentation at the Dallas Art Fair 2022. Strzelecki lives and works between Poland and London, UK.