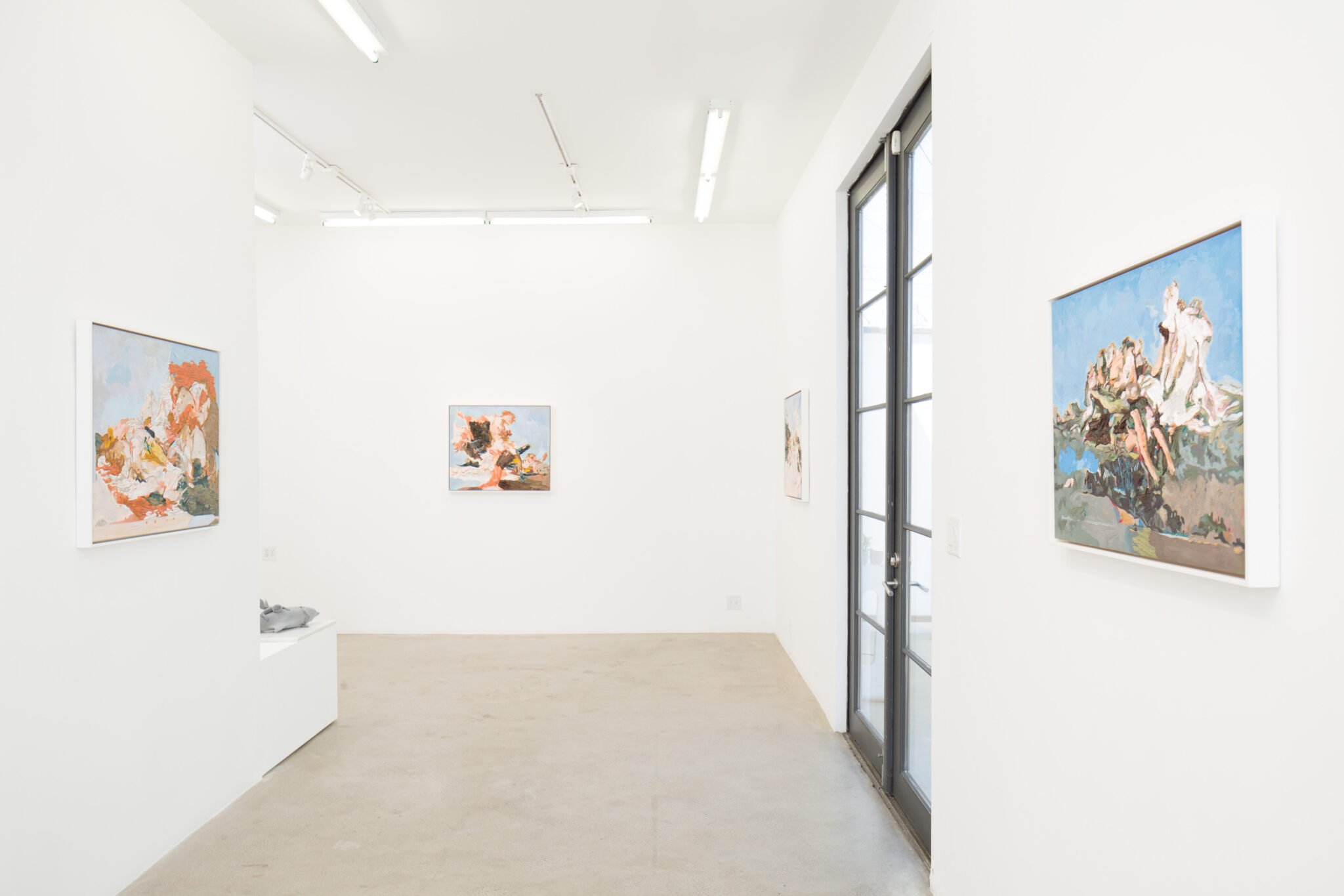 Anat Ebgi is proud to announce Jurassic, a solo exhibition of new work by Chris Coy. The exhibition will be on view at AE2 from July 20th through August 24th. An opening reception will take place at 2680 S La Cienega Blvd on Saturday, July 20th from 5-7pm.

For his second exhibition with Anat Ebgi, Chris Coy will present a body of work called the Transfermaster-C series, oil paintings first rendered with the assistance of an Artificial Intelligence program, then hand-painted on linen.

Working in partnership with this transfer program, Coy fed it images of excess and frivolity from the Rococo and Baroque periods. After engorging itself on a “decadent diet” of Jean-Honoré Fragonard and François Boucher images, the artist asked the program to map those images of superfluous pleasure onto Francisco Goya’s Disasters of War etchings. The results are troubling. They flatten histories and inherit both sets of imagery—luxury and playfulness as well as violence, rage, and human brutality—forming an aesthetic superposition that in Coy’s words “feel as if the soul of the world has been sucked into the vacuum of space.”

On one hand, the paintings vibrate between celebrating artificial intelligence’s gestural, “happy accidents,” not dissimilar to the Dadaist cut-ups; on the other, they serve as a reminder of its catastrophic potential. AI can be used to enhance our perceptions of reality, or distort it beyond recognition. Viewers might consider these works in light of how deep analytics and big data can be used to modify perception and stoke public sentiments to achieve targeted outcomes. Our old paradigms cannot comprehend the potential of these new technologies.

Of the exhibition title, Coy comments, “like Richard Attenborough’s character in Jurassic Park, I know there’s something untenable about what I’m doing, but the pace of the vanguard is never one for much caution, especially lately.” Like his peers of the Post-Internet generation, Coy embraces the unique conditions of present technological advancements, though their impacts may not be fully understood, exploring and championing them as powerful tactics for engaging the world. 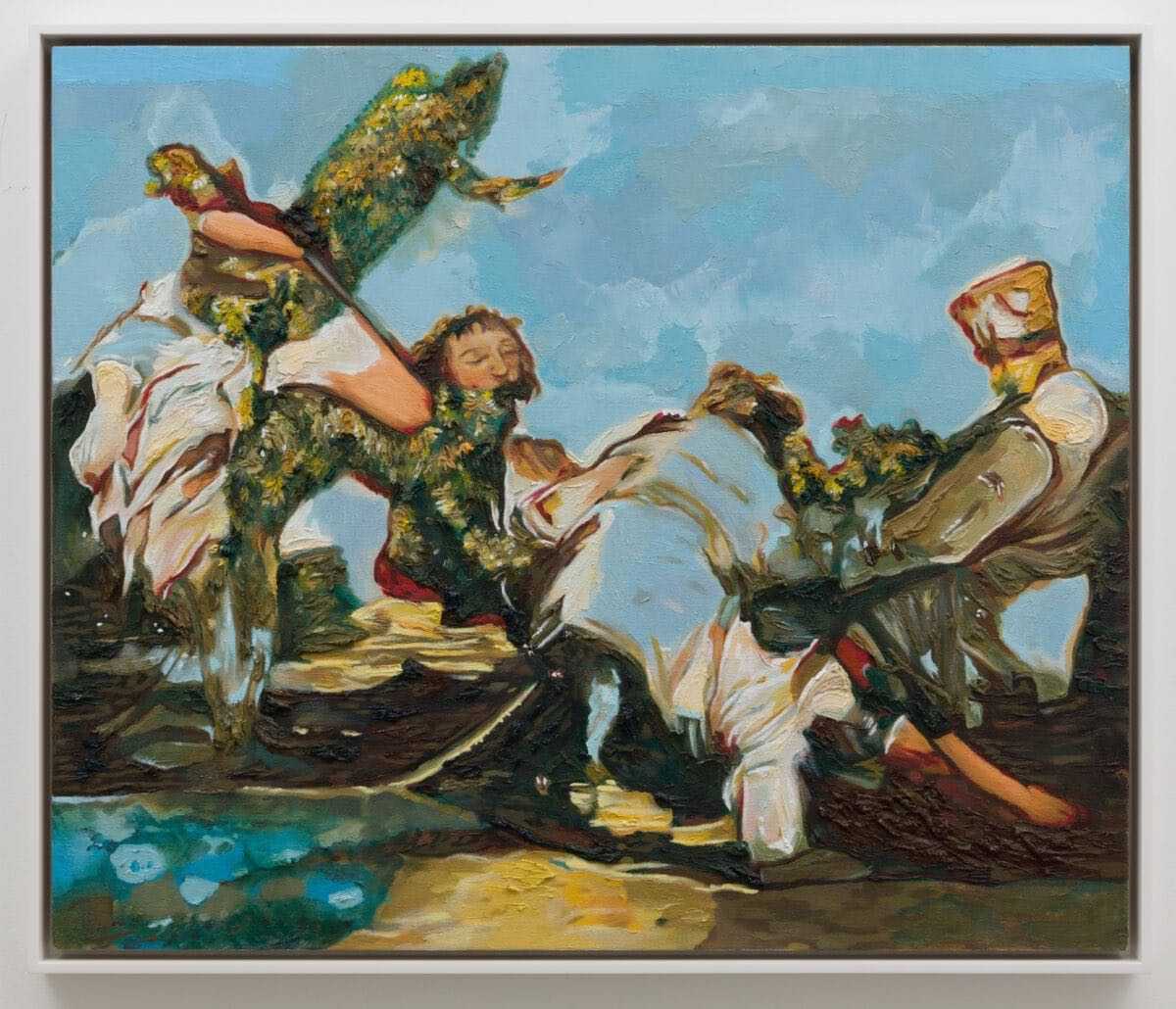 Chris Coy presents a body of work called the Transfermaster-C series. These oil paintings are first rendered with the assistance of an Artificial Intelligence program, and then hand-painted on linen. — Autre 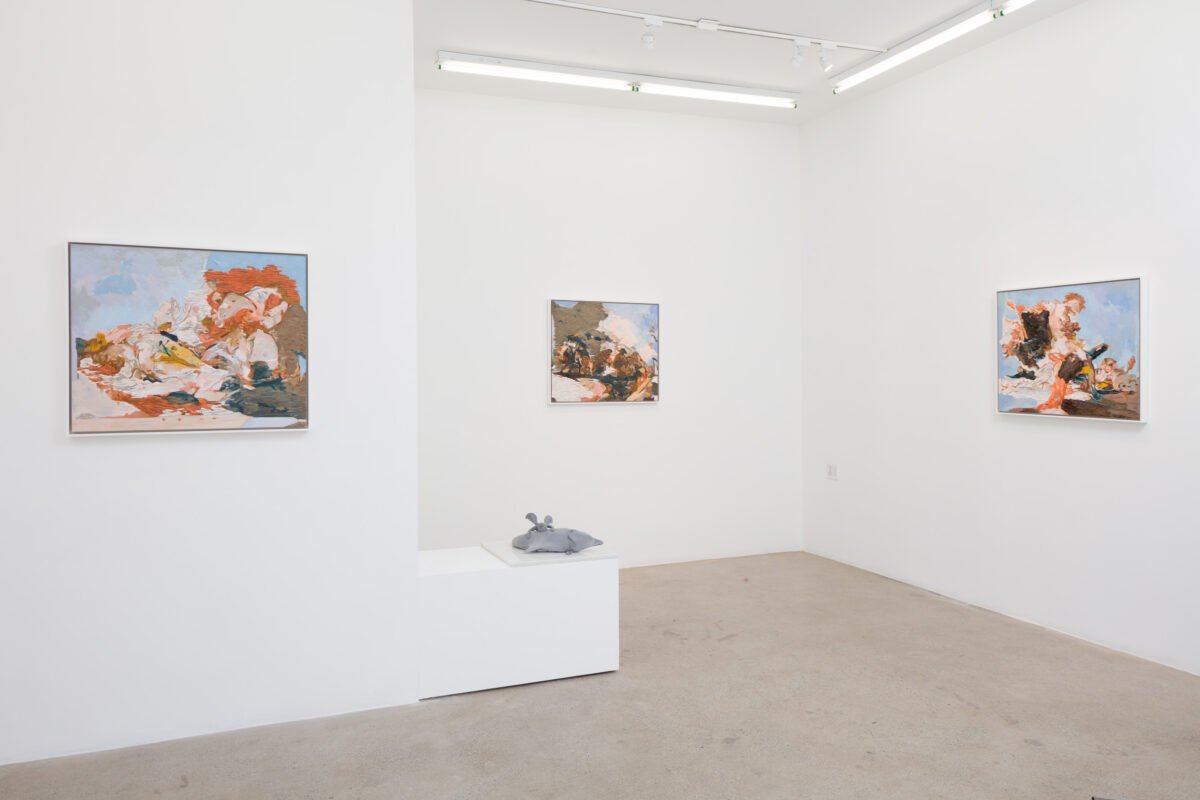 Chris Coy presents the first look at his series titled Transfermaster-C . True to its title, the works are all a result of what Coy describes as a process of “Happy Accidents” derrived through a process of Artificial Intelligence. — Larry Armstrong-Kizzee