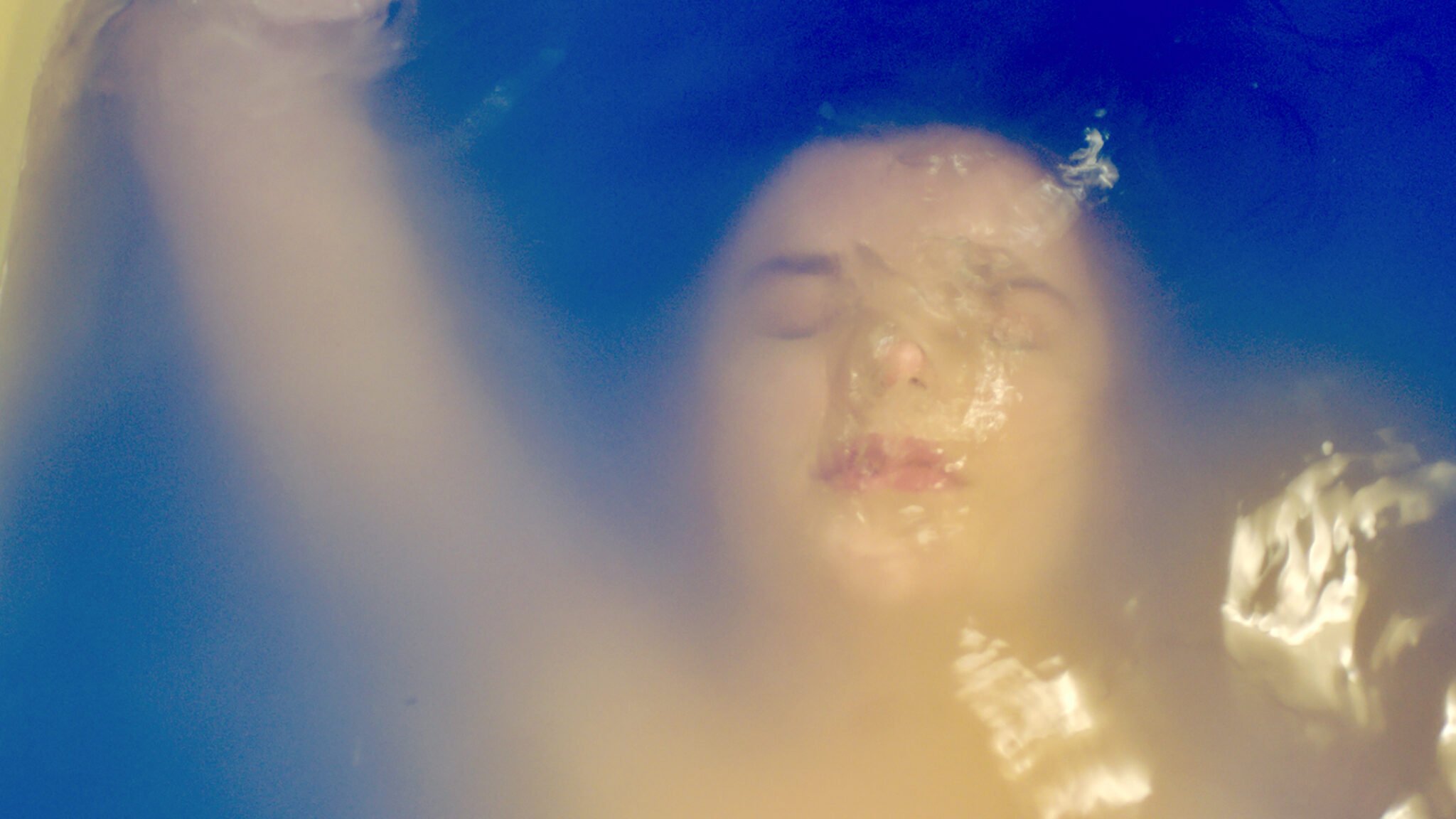 Waves lap, clairvoyant muses loosed upon with hatched resonance swing into the ether.

Hypnotic rhythm, migratory birds shifting in the deep, a well, and oceans traversing, the landscape pulls. The velocity of my stars gather, escaping the core of that black hole, a daughter’s hope and recognition, only existence.

Internal voices lapping still, to the place in her, I, she, we, is it real or imagined?

Anat Ebgi is pleased to announce Being Like Water, an immersive site-specific installation featuring Jen DeNike and Katherine Bradford at AE2. The exhibition includes DeNike’s new film Queen of Narwhals with four new paintings by Bradford. This collaborative installation grew out of a dialog between the artists and their mutual interest in the universal and psychological quality of water as a prevalent element in both their work.  An opening reception will be held Saturday Jan 13, 6-8pm and will be on view until March 10, 2018.

Katherine Bradford is a New York based painter who spends summers on the coast of Maine. In 2011 Bradford was awarded a Guggenheim Fellowship, and in 2012 a Joan Mitchell Grant. Last year Bradford was Senior Critic for the MFA painting program at the Yale School of Art in New Haven. Her work is in several public collections, including the Metropolitan Museum of Art, The Brooklyn Museum, The Hall Foundation, and the Portland Museum of Art (ME and OR). Recent exhibitions include a solo exhibition at the Modern Art Museum of Fort Worth, Fort Worth, Texas; Sperone Westwater, NY; Monica De Cardenas, Milan; CANADA, NY; Adams and Ollman, Portland, OR; and is currently included in Prospect 4, New Orleans. Bradford is represented by CANADA, NY and Adams and Ollman, Portland.