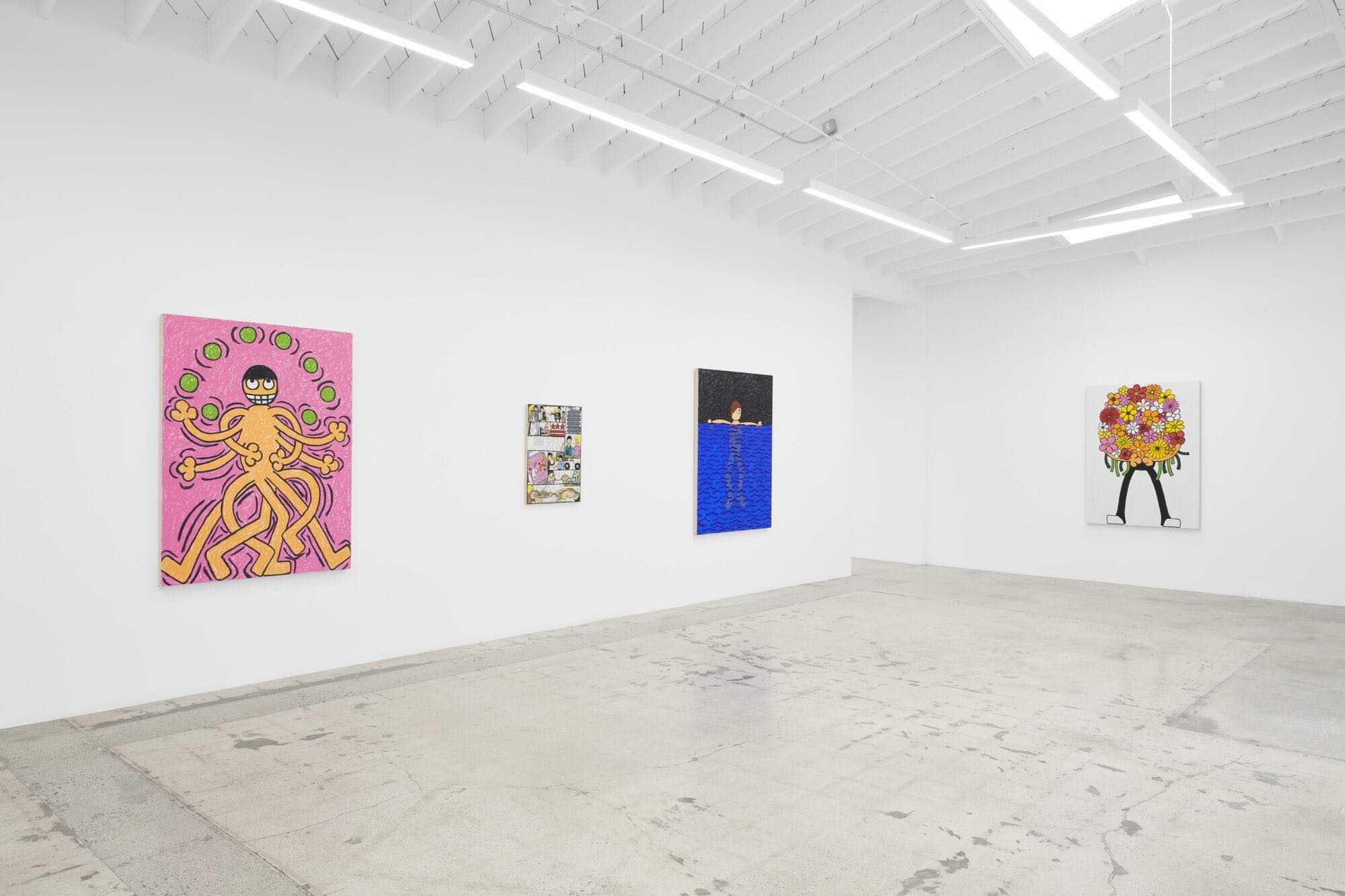 Anat Ebgi is pleased to present a solo exhibition by Los Angeles artist Jay Stuckey titled One Sock at a Time. This will be the artist’s fourth solo exhibition with the gallery and will be on view at 6150 Wilshire Blvd, April 2 – May 7, 2022. An opening reception will take place Saturday, April 2 from 6-8 pm.

Stuckey knows his archetypes. The jester. The romantic. The outlaw. The superhero. The everyman. He uses these characters—captured in a distinct pop and comic style—to marry ideas and emotional states that operate within a dream-logic. His pictographic paintings convey both tenderness and amusement, satire and critique about daily life, human nature, and the inexplicable. With a slapstick zaniness and an eye on the ordinary, Stuckey’s paintings pilot a passage to the profound.

An artist unbound by distinctions between high and low, messy and contained, important and irrelevant, primal and civilized, his work expresses an emotional and complex psychology in which innocence, melancholy, suffering, and exuberance are inextricably mixed. Building up the initial surfaces of his paintings with collaged images clipped from newspapers, penciled shopping lists, and drawings mined from his daily dream diaries, Stuckey bestows each painting with its own mood and subconscious.

Through Stuckey’s paintings, an expansive world emerges capturing the rush of life and evoking a hot allegory for the madness of right now. His union of opposites—the humorous and sinister, the abstract and representational, drawing and painting—generate a tension that makes the hair on the back

of your neck stand up, but reminds you that we all put our socks on one at a time.