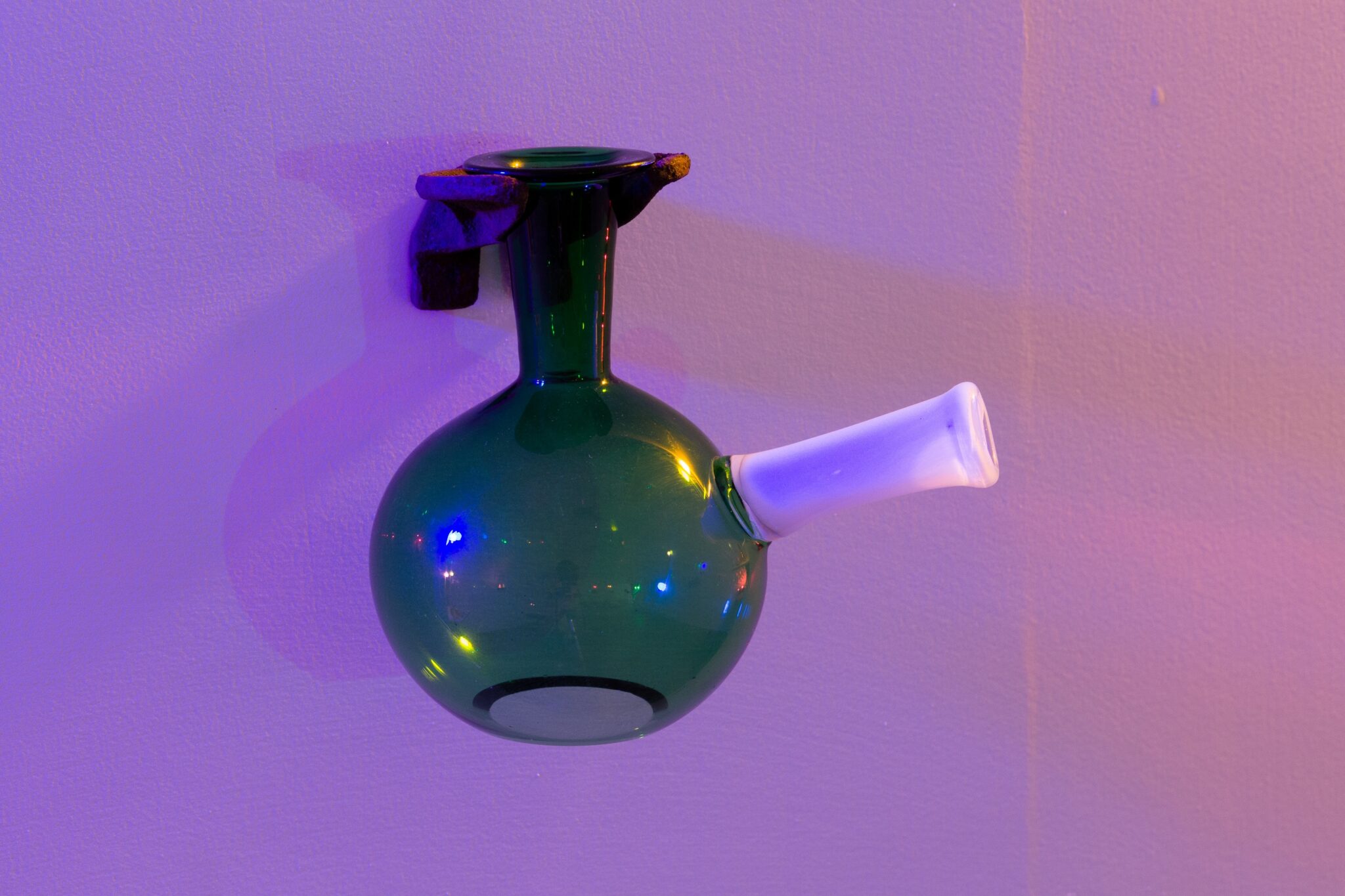 Anat Ebgi is pleased to announce I’m a long way from home and I don’t really know these roads, an exhibition of new sculpture by Elias Hansen opening Saturday January 11 and on view until February 22, 2014.

Working in Upstate New York, Hansen’s work is very much rooted in his current and past backcountry surroundings. Having lived on an isolated island in the Pacific Northwest for much of his life, he is no stranger to the wilderness. His art incorporates this while forcing its observer, often an urbanite, to ask ‘what goes on out there’?

The work comprises of hand blown glass pipettes, flasks and beakers displayed with found driftwood and arranged as rudimentary laboratories. Left dripping, bubbling or with LED lights flickering, the pieces appear to be recently abandoned; it is as if their creator has just fled the scene. Indeed, this seems like the apt conclusion to draw given their nature. With their titles reflecting possibly nefarious inspirations, we ask: are these functional? What do they distil? Their handcrafted appearance dissuades us of any scientific endeavour and lends them a mystical feel. Never certain whether we are looking at a meth lab or a witch doctors potion prep station, the juxtopositions of objects perplex the viewer.

The new work incorporates materials sourced from his geographical area, as well as historical references. This broadening of materials reflects the increasingly blurred lines in the artist’s life. He is the first to admit an uncertainty as to which of the objects in his home are art and which are his day-to-day trappings. The closeness of the artist’s life and work is something that you can sense with all of Hansen’s pieces. Each object feels manipulated and crafted so that it is hard to tell what is found and what is made. The end result is unsettling and mysterious, yet familiar. When one encounters Hansen’s installations, a feeling as if you’ve been implicated in his process, and not simply a bystander.