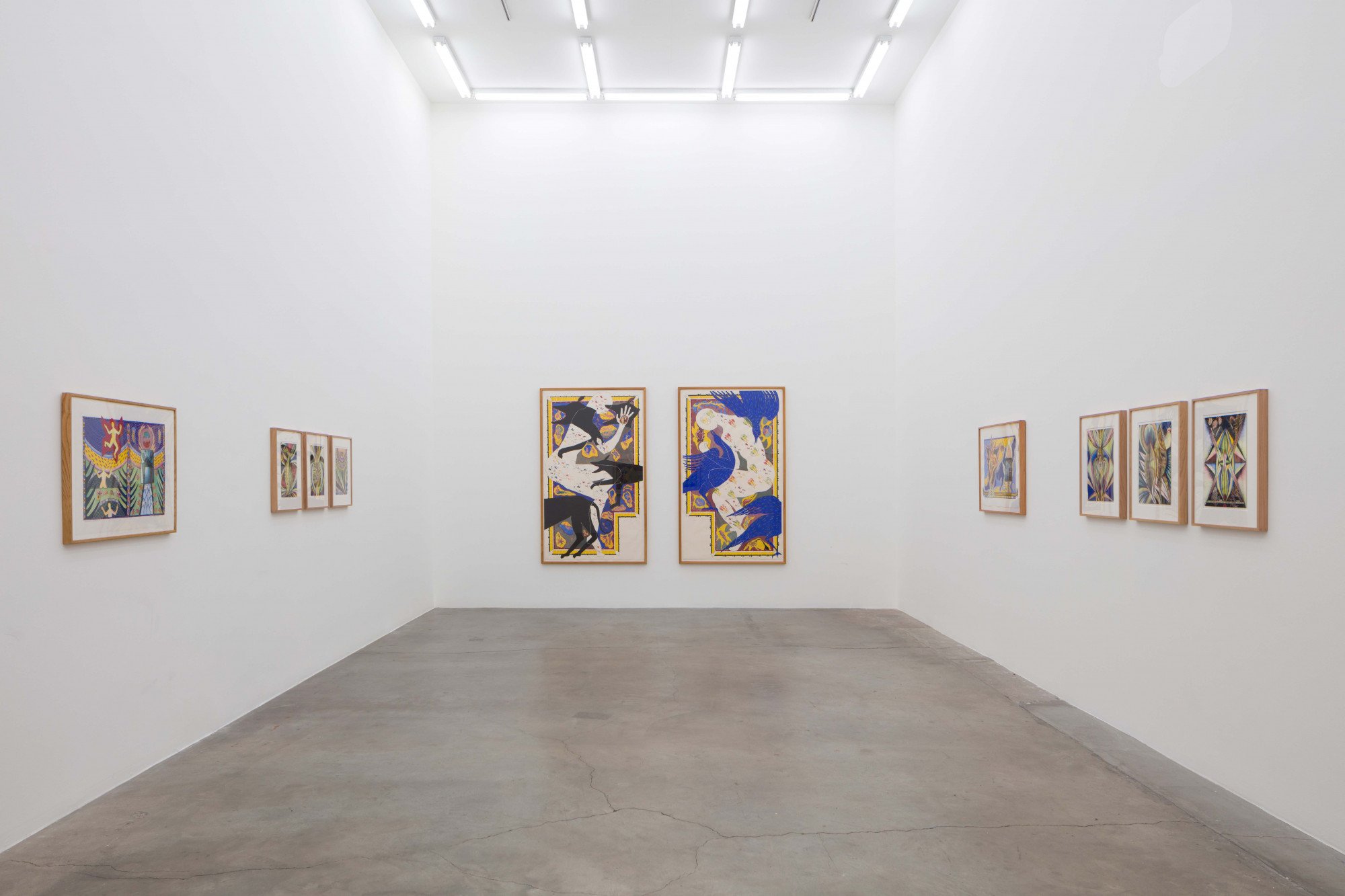 Anat Ebgi is pleased to announce Scriptorium Revisited, the first solo exhibition of artist and activist Faith Wilding with the gallery. The exhibition will be on view January 26th, through March 9th, 2019. An opening reception will take place Saturday February 9th, 6-8pm. A book signing and discussion with the artist will precede the opening at 4pm.

Scriptorium Revisited focuses on the development of Wilding’s rich and multi-faceted practice during the 1980s, alongside lush, recent watercolors. Perhaps best known for her involvement in the early 1970s Feminist Art Movement in Los Angeles, and the activities of the Women’s Building, Scriptorium Revisited re-orients the social aspect of Wilding’s prolific career within the context of her private studio environment, which fuels the artist’s commitment to collective political action.

Inspired by the 12th century German abbess Hildegard von Bingen, who greatly contributed to the fields of music, medicine, biology and the visual arts, Wilding’s Hildegard series portrays biological life cycles using botanical imagery, realized in an array of mediums including gold-leaf, stenciling, ornate patterning and cut-outs. Wilding first encountered Hildegard’s writings in Paraguay, where she grew up. Years later, Wilding made a pilgrimage to Eibingen Abbey on the Rhine, to see Hildegard’s illuminated manuscripts firsthand. The Hildegard series extends the mystic’s work into an “eco-feminist mythology,” informed by contemporary biopolitics, offering a feminist counterpoint to Western and male-dominated narratives.

Revitalizing the forms of medieval bestiaries and herbals, which originally sought to provide a moralized history of organic life, Wilding’s Scriptorium pages depict human forms with animal features and skins. These scroll-like drawings embody Wilding’s concept of “becoming,” a spirited, perpetual rebirth allowing for multiple transformations, and life-forms. The large drawings are pages in-laid throughout with intricate, gestural moments of human activity: joy, suffering, communing, that correlate to the body of the viewer.

A co-initiator of the Feminist Art Programs at Fresno State and California Institute of the Arts (CalArts), Wilding’s practice is informed by a steadfast resistance to gendered roles and ideas. Her fiber pieces of the 70s, and her continued use of handwriting, watercolor, and ink, combined with other natural materials, all quietly refer to the decorative handwork typically ascribed to women artists. Wilding reclaims these forms, as well as her deep research into medieval manuscript illumination, typified by her use of gold-leaf, no longer as only adornment, but as an elevation of the feminine. In a suite of new watercolors, Wilding continues to explore this visionary iconology of the energy and force of growth.