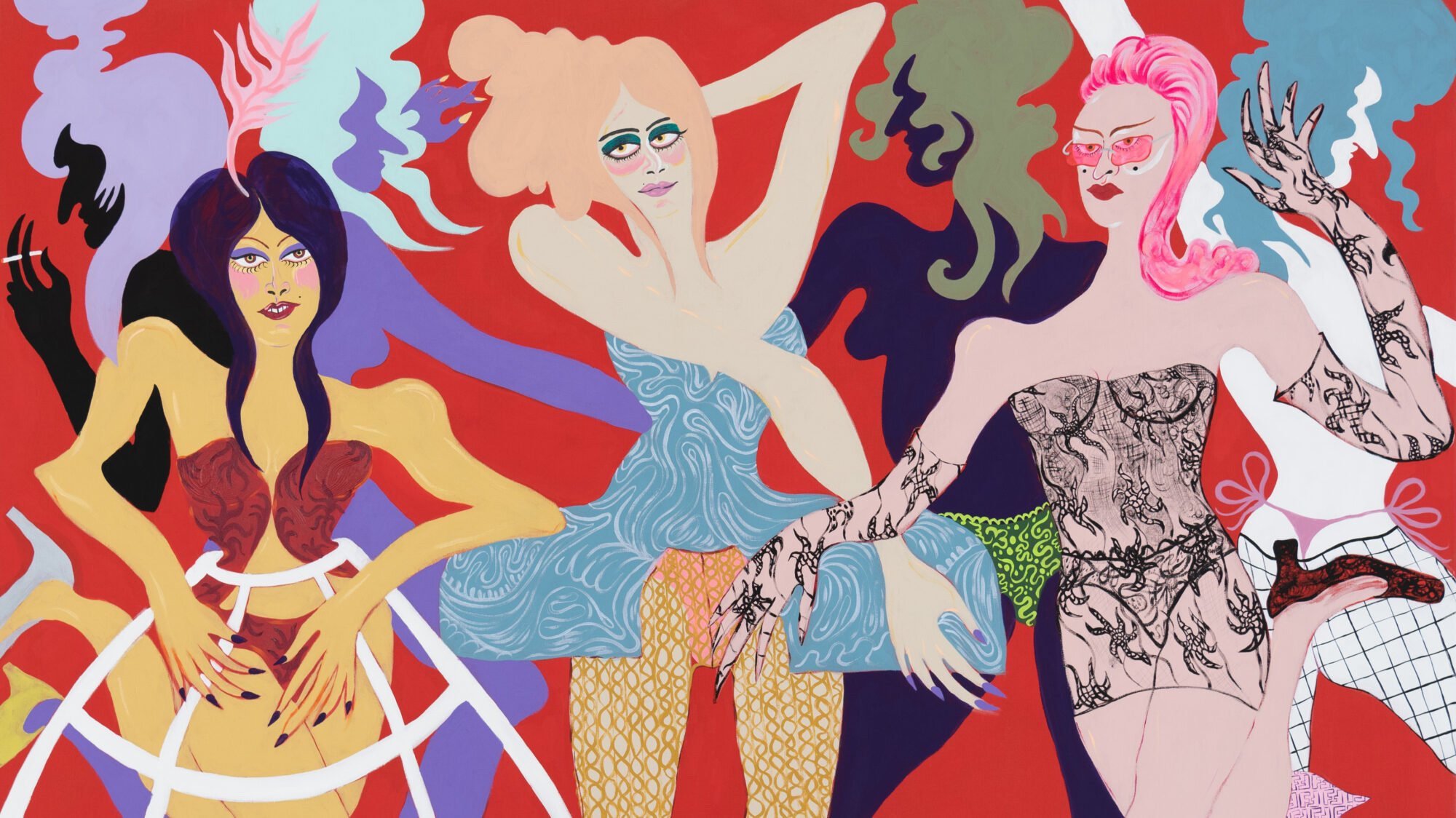 Anat Ebgi is pleased to announce Aloof Periwigs, a solo exhibition of new work by Norwegian artist Constance Tenvik on view at 4859 Fountain Ave, November 12 – December 17. This is the artist’s first solo exhibition with the gallery and in Los Angeles. A public reception will be held Saturday, November 12 from 5 – 8pm.

In 2020 Tenvik was approached by a theater in Norway about designing the sets and costumes for an upcoming production of Amadeus. Originally performed in 1979, the play gives a fictional account of the lives of rival composers Wolfgang Amadeus Mozart and Antonio Salieri. She commenced research and became “obsessed with the true life of Mozart,” drawn in particular to understanding mischaracterizations around his mythic contemporary status as a young genius and influential composer versus his reputation as an outcast and eccentric during his lifetime. Tenvik spent countless hours reading biographies and private letters, eventually making a pilgrimage to Vienna and Salzburg preparing for this job, which, in the end, she did not get. Instead she took her defeat and disappointment and turned it into a chance to explore new creative directions and return to her artistic roots in installation and performance.

Aloof Periwigs presents the culmination of Tenvik’s vision, research, and “fangirling” about the life of Mozart. Works range in media from paintings to soft sculptures and costumes. Welded steel sculptures, reminiscent of props and mannequins, transform the gallery environment into a stage, placing viewers among the ‘actors,’ activating a thousand imaginary scenarios. Tenvik upsets expectations of object and subject, bringing both ‘the cakestand’ and ‘the chef’ to life. Playing with notions of artifice and reality, she refers to these sculptures as “understudies,” stand-ins for the real thing. The exhibition examines performativity through costuming, character, and reinvention.

Meanwhile, Tenvik’s paintings expand upon the scene. She nods simultaneously to Baroque drama and decoration while embracing an exuberance and optimism in her fluid brushwork. Taking creative liberties, Tenvik embellishes the play’s narrative; by bringing in friends (including many Angelenos) to the studio to “play dress up” and sit for these portraits, she erases boundaries between her subjects and life, art, and performance. The use of wigs and costumes lends a seductive playfulness and eroticism to the exhibition. Tenvik veils and reveals emotional truths about human nature and our relationship to excess through celebrity, gossip, and madness.