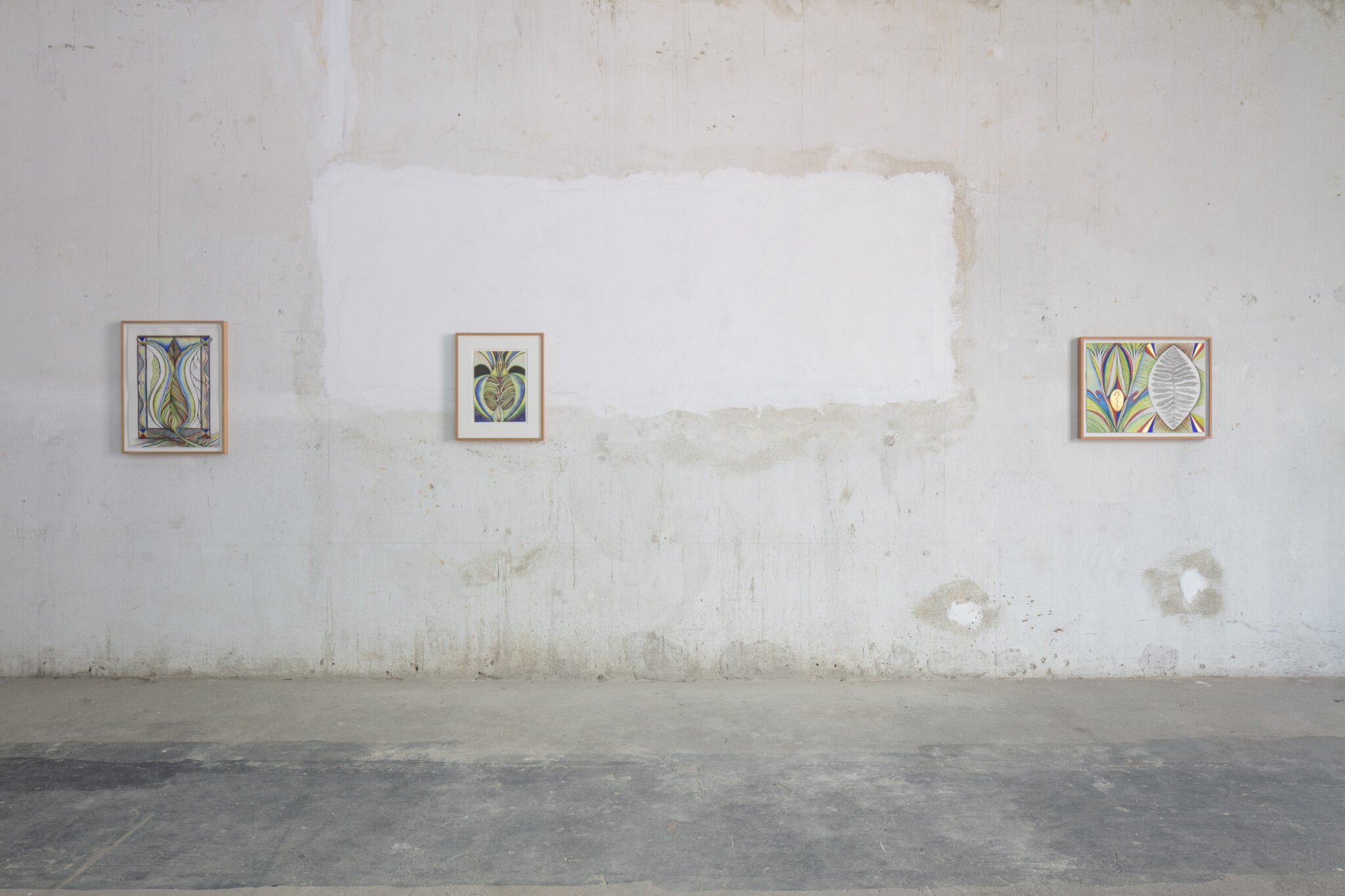 Anat Ebgi is pleased to announce a solo presentation of new works on paper by Faith Wilding at Condo: Sao Paolo, hosted by Galeria Jaqueline Martins from February 1 – March 7, 2020.

Although born and raised in Paraguay, this is the first time Faith Wilding will present her work in South America in her over five-decade career. Wilding’s vibrant watercolor and ink drawings are dense with nature-infused imagery such as, petal shapes, shells, vines and other botanical forms resembling living organisms. As seen in World Egg, a gold leafed egg containing a tiny serpent is positioned opposite a much larger fern-like plant with no top or bottom, both allude to rebirth, immortality, or a continual renewal of life.

As an avowed eco-feminist, Wilding’s work addresses the deterioration of the natural world in her lifetime, specifically in South America and her native Paraguay. She depicts symmetrical dualities: up and down, in and out, open and closed, evoking mystical, personal, and esoteric narratives. The works express interconnectedness and spiritual exuberance, while exploring visionary iconology of the energy and force of growth.

Wilding’s practice emerged at the forefront of Feminist Art in Los Angeles during the late 1960s and 1970s. For the last 50 years, Wilding has lived as an activist and artist, with a fierce commitment to eco feminism. Wilding was a co-initiator of the Feminist Art Programs alongside Miriam Shapiro and Judy Chicago. The Feminist Art Program produced Womanhouse, an art installation and performance space focusing on collaborative and feminist ideas. Fueled by the explosion of female-focused work and research, Womanhouse sought to move beyond the predominantly male-centric art history. Wilding’s work continues to interrogate societal narratives, challenging the status quo in art-making, life, and politics.

CONDO is a large-scale collaborative exhibition that is planned between international galleries. Past editions have occured in London, New York, Shanghai, Mexico City and Athens. Host galleries share their spaces with visiting galleries – either by co-curating an exhibition together, or dividing their galleries and allocating spaces. The initiative encourages the evaluation of existing models, pooling resources and acting communally to propose an environment that is more conducive for experimental gallery exhibitions to take place internationally.

Faith Wilding (b. 1943, Paraguay) has exhibited extensively over the last five decades at Reina Sofia Museum (Madrid); Centre for Contemporary Arts (Glasgow); Bronx Museum of Art (New York); the Whitney Museum of American Art (New York); the Hammer Museum (Los Angeles); the Drawing Center (New York); Documenta X (Kassel) and the Singapore Art Museum. Wilding was awarded a Guggenheim Fellowship in 2009 and has been the recipient of two individual media grants from the National Endowment for the Arts. In 2014, she was awarded the prestigious Women’s Caucus for Art Lifetime Achievement Award. Her work was recently on view at the Kestner Gesellschaft (Hanover) for the exhibition Where Art Might Happen: The Early Years of CalArts curated by Philip Kaiser and Christina Végh, travelling to Kunsthaus (Graz). Wilding lives and works in Rhode Island.