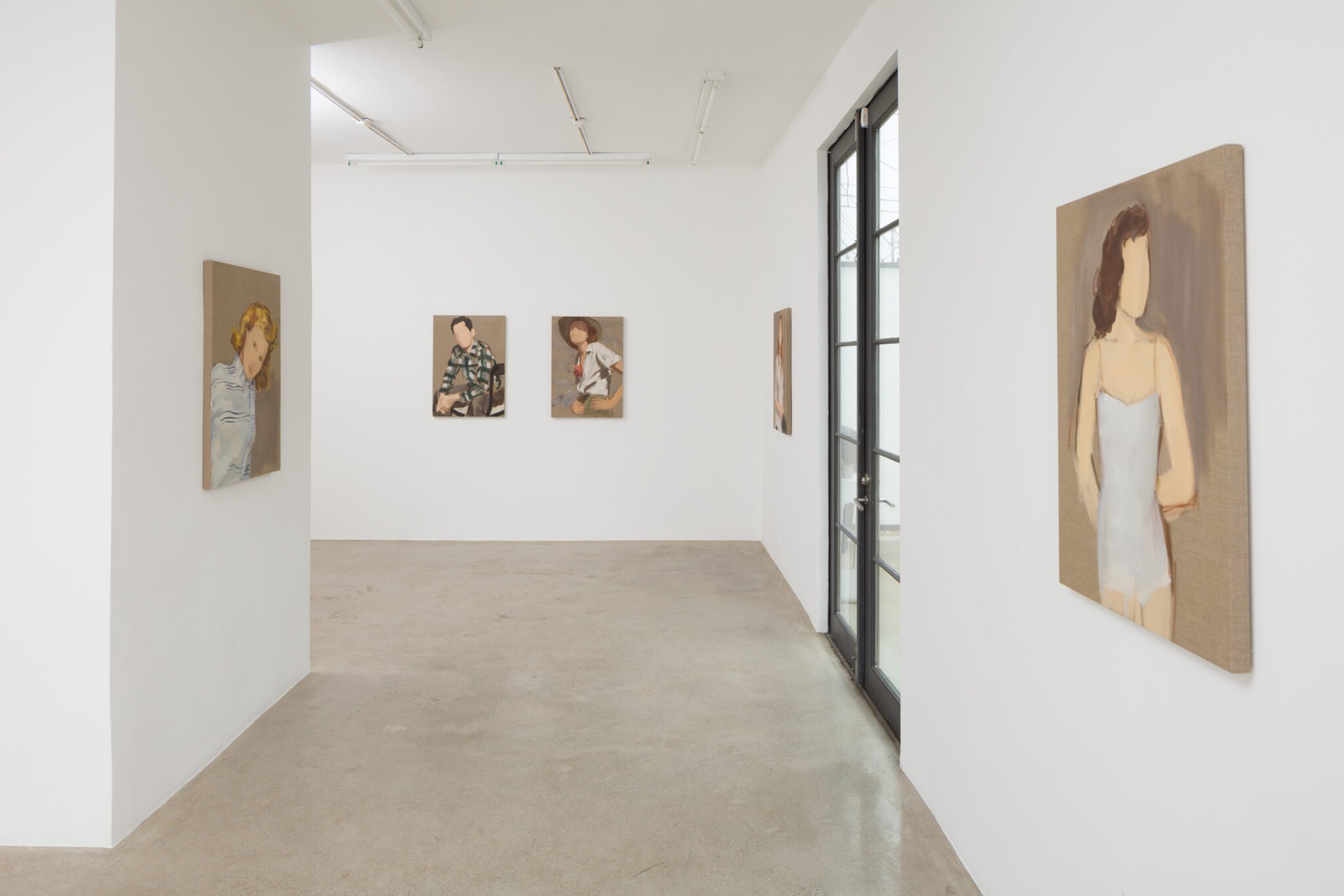 Anat Ebgi is pleased to announce Comrade, an exhibition by London-based, Israeli artist Gideon Rubin. Continuing his fascination with memory and history, Rubin uses found images as the armature for abstract portraits of the past. The exhibition is the culmination of a month-long residency at The La Brea Residency.

Often directly painting over source materials if not explicitly referencing them, cultural memory is revised and questioned through the historicized image. His broad, wet brush-strokes challenge the younger medium, photography, as much as it makes use of its conventions – specifically the idea that a picture tells a thousand words, or that that either can purport to be “truthful.”

A degree of anonymity shrouds much of Rubin’s human figures – faceless, they become surfaces for projection, no one and everyone, all at once. This obfuscation through overpainting and blending – in particular a composition of suited men who upon closer examination are the Hollywood Ten – allow the viewer to consider different versions to the familiar tales of history and popular culture. Whether painted on canvas, wood, cardboard or even the original photograph itself, Rubin’s varied sources directly inform the visage of the work, playing with the connotations of a glamour which has become disposable. A tousled lock of hair, clenched fists or the way a garment wrinkles falls on the body, these are the human impressions Rubin imprints upon the viewer. Without falling into the trappings of nostalgia, Rubin tackles this collection of headshots, print ads and family photos in such a way that blends time and spectatorship into ambiguous flux. Suddenly, everything is less specific, intangible, a barely-decipherable glimmer.

Gideon Rubin (b.1973) is an Israeli artist based in London. He received his BFA from School of Visual Arts in New York and MFA from Slade School of Art in London. He has been the subject of numerous international solo exhibitions, most recently at the Freud Museum, London, the Herzliya Museum of Contemporary Art Israel, San Jose Institute of Contemporary Art, Galerie Karsten Greve, Paris, Rokeby, London, and Hosfelt Gallery, San Francisco. He has been in numerous group exhibitions including Flag Art Foundation, New York, Klosterhaus in Magdeburg, Germany, Mackintosh Museum, Glasgow, Tel Aviv Museum of Art, the Jerusalem Biennial, the Beijing Biennale at the National Art Museum, China and the Israel Museum, Jerusalem. Rubin was a recipient of the ‘Shifting Foundation’ grant in 2014 and Outset residency program, Tel Aviv in 2013. He is represented by Galerie Karsten Greve (Paris, Cologne, St Moritz), Hosfelt Gallery, San Francisco and Alon Segev Gallery, Tel Aviv.