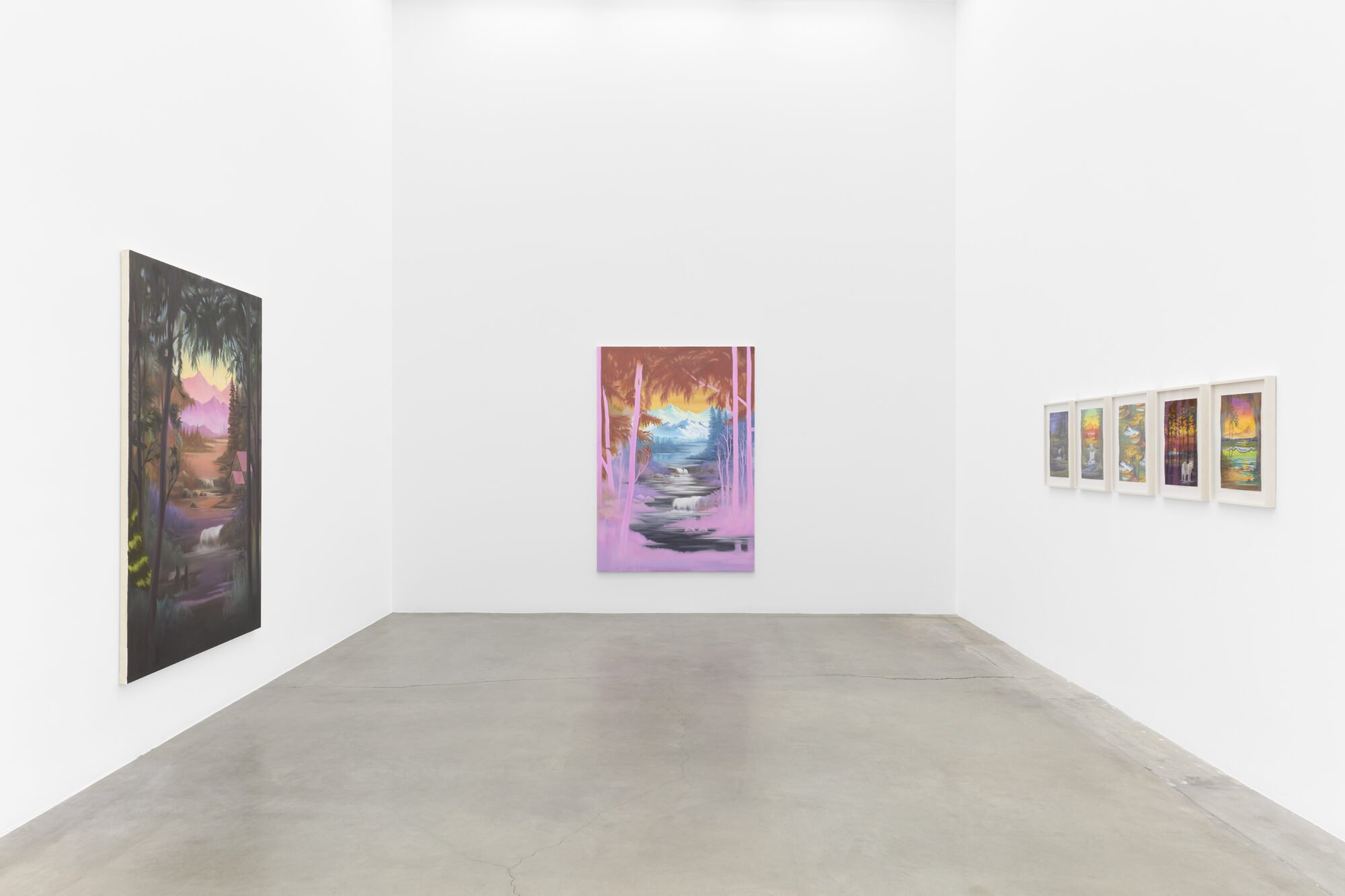 Neil Raitt Between a Rock and a Setting Sun, 2021, Anat Ebgi, Installation view

For his third solo exhibition at Anat Ebgi, Neil Raitt has created eight new paintings and a suite of watercolors for an exhibition titled Between a Rock and a Setting Sun. On view at 2660 S La Cienega Blvd, opening Saturday, November 13, 2021.

Neil Raitt’s surreal landscapes test the limits of reality and artificiality. His paintings depict impossible places and forego the idea of an original relationship to a real or even specific place. Terrains, climates, disparate geographies are all mixed together becoming a portal to an emotional or psychological space. Their impossibleness acts almost as a parody or critique of traditional sea and landscapes and argues for the possibility of fresh perspectives. Free from nostalgia and lamentation of fading natural beauty, Raitt’s landscapes have an almost mythological, dream-like quality conveyed both through the saturated intensity of his color and the strangeness of the wolf silhouettes repeated through several works.

The title of the exhibition Between a Rock and a Setting Sun nods to Raitt’s shift away from infinite interlocking landscapes with the introduction of suns, moons, and distinct horizons to his work for the first time. Still, he continues to subvert and displace traditional illusions of space. Viewers have a sense of being in two places at once as cave-like forests open out to distant seashores. Meadows and glades are dotted with desert flora and bathed in the tropical light of setting suns, one gets the sense that these scenes are lit from within.

Over time Raitt’s process has evolved to become more intuitive, resulting in paintings that emerge slowly through delicate brushy layers. Working the compositions out first in watercolor produces a fluidity and looseness that distinguishes the pieces from previous bodies of work. Due to the repeating nature of his earlier paintings, Raitt could start at the top of a canvas and work his way down in a near-mechanical fashion resulting in abstract and maze-like pictures. Together the works in this exhibition embrace the romantic and expressive possibilities of painting, uncovering a world that is open and mysterious, wild and irregular.