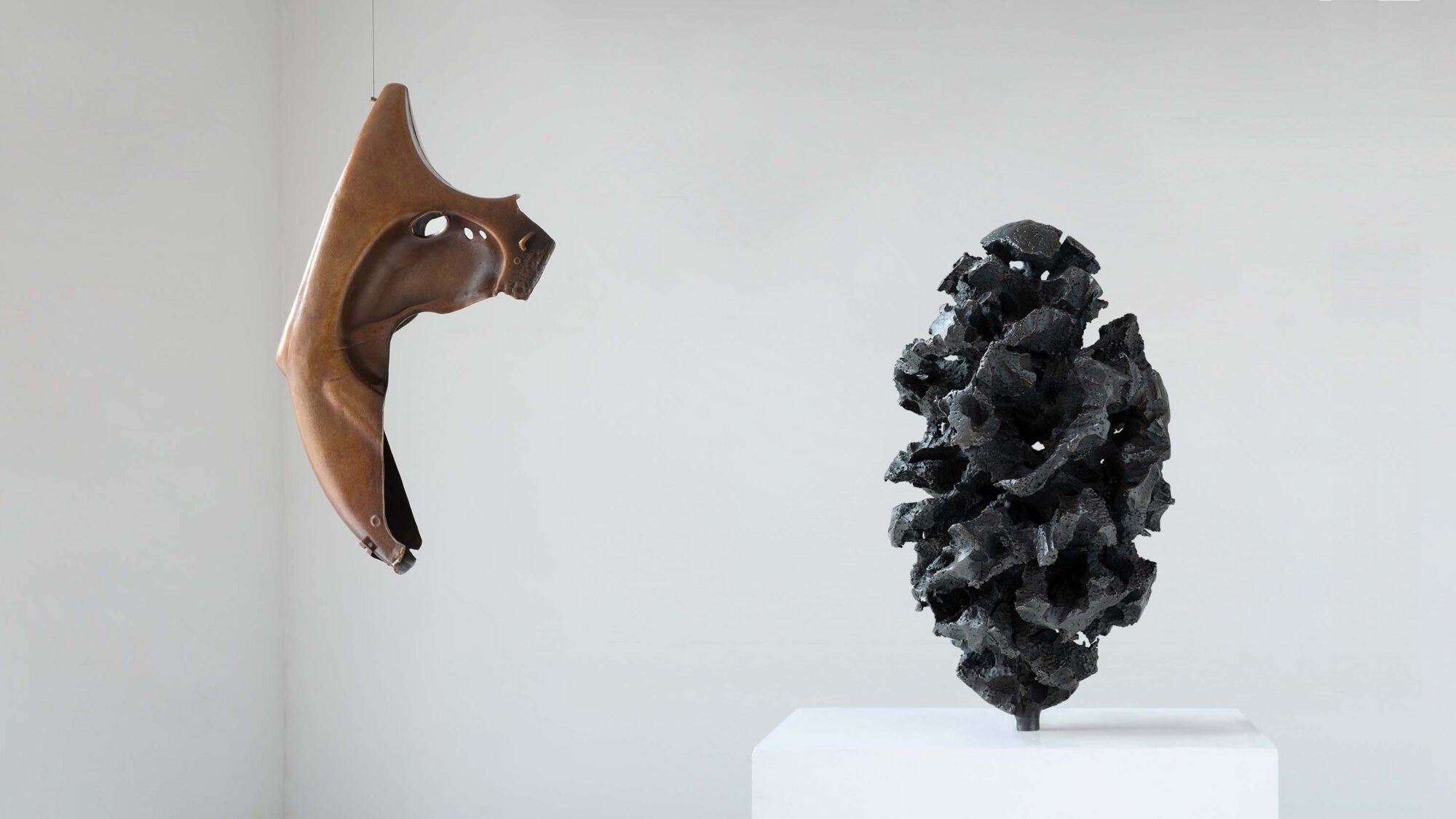 For Low Fidelity, the artist presents a collection of bronze, ceramic, and steel sculptures composed and cast from foam packaging materials, sports equipment, and other relics of the artist’s childhood. Liu’s sculptures take their origins from everyday objects designed to protect and enhance and, through his interventions are transformed into sensual biomorphic forms that are at once familiar yet uncanny.

Several works in the exhibition draw upon early memories of the artist’s upbringing in Taiwan. Two suspended works, Sukuda and Mikado were cast from the body of a 1964 Vespa VBB — the same model of scooter the artist’s grandfather and parents rode. These crescent-shaped figures hover in the gallery like apparitions; artifacts of his childhood. Similarly, the rhizomatic Over Time derives its mysterious coral-like form from a deconstructed Nerf football — the first piece of sports equipment Liu recalls owning. In this way, the child’s plaything metamorphoses into a scholar’s stone.

These allusions to the excavation of personal history and altered casts of sports equipment and armor continue to echo throughout much of the exhibition. Citing the history of Modernism and its hubristic desire for purity and refinement, Liu’s transgenerational signals of the body and memory mutate and devolve. These works serve as a means for the artist to explore progress, improvement, and provocations of what it might mean to achieve one’s peak physical form or “optimum condition” through time.

This connection is furthered in a related group of works Mola Mola, IO, and Omatic. These ceramic sculptures take their forms from heads of massage guns, designed to release tension and improve flexibility. Turned upside down, their gleaming forms assume the appearance of helmets; their enlargement amplifies Liu’s ruminations, transforming them into idols or something to venerate. In a comical turn, the artist has given a parenthetical title to this series, Verschlimmbesserung, a German noun describing an attempted improvement that only makes things worse, suggesting that despite earnest attempts to become fitter and better, this is perhaps a losing battle.

Within Low Fidelity, the new suite of sculptures become anachronistic actors upon a dramatic stage orchestrated by Liu. The reverberations of time and formal memory the works emit are distortions of originals yet reanimated through their transference. Whereas the concept of fidelity imparts a near moral sensibility, Liu ascribes value to loss. It is in the valley Liu creates between the original and its echo that his works garner their character; specters of someone, something, somewhere that once could be known.

An Te Liu (b. 1967, Tainan, Taiwan) received his Masters in Architecture from the Southern California Institute of Architecture in Los Angeles and his BA in Art History at the University of Toronto. Working predominantly within sculpture and installation, Liu’s work has been exhibited in venues including the Witte de With Center for Contemporary Art, the Louisiana Museum of Modern Art, Ursula Blickle Stiftung, the EVA Biennial of Ireland, the Venice Biennale of Architecture, and the San Francisco Museum of Modern Art.

His works are included in the permanent collections of The San Francisco Museum of Modern Art, The Louis Vuitton Foundation, The Art Institute of Chicago, The National Gallery of Canada and The Art Gallery of Ontario. Liu lives and works in Toronto, Canada. 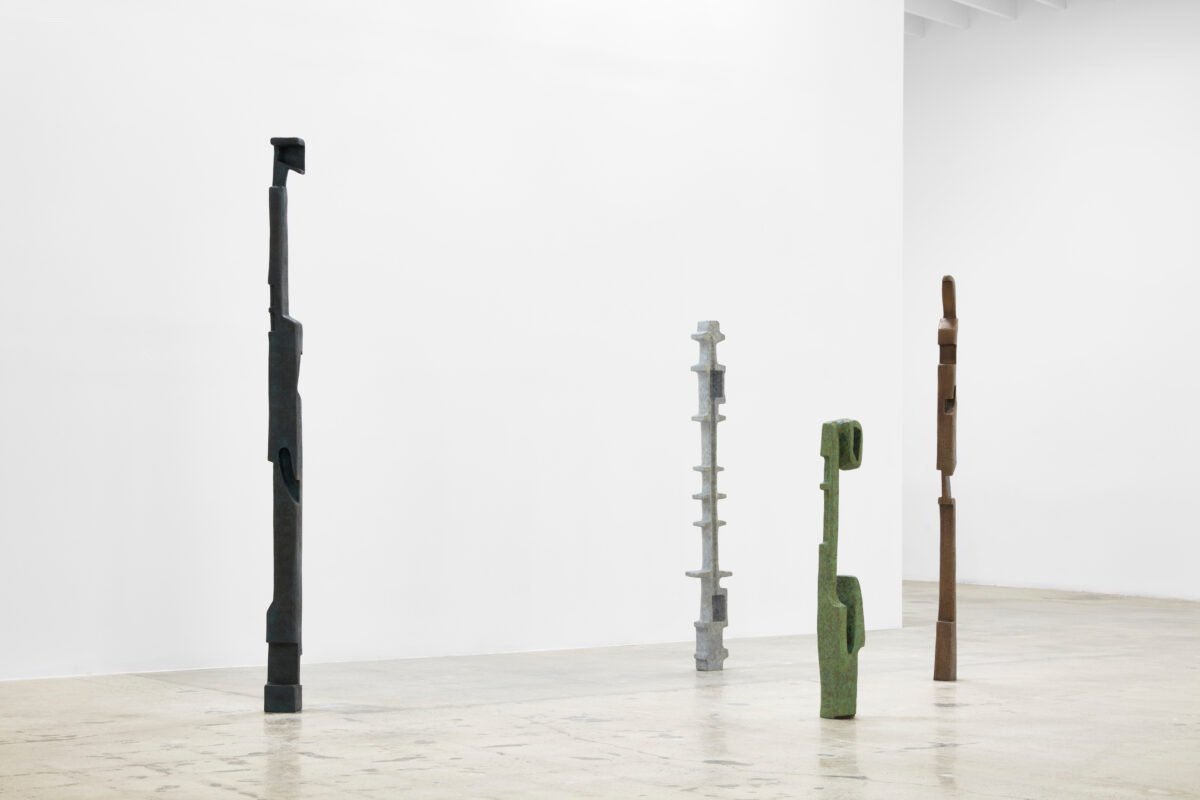