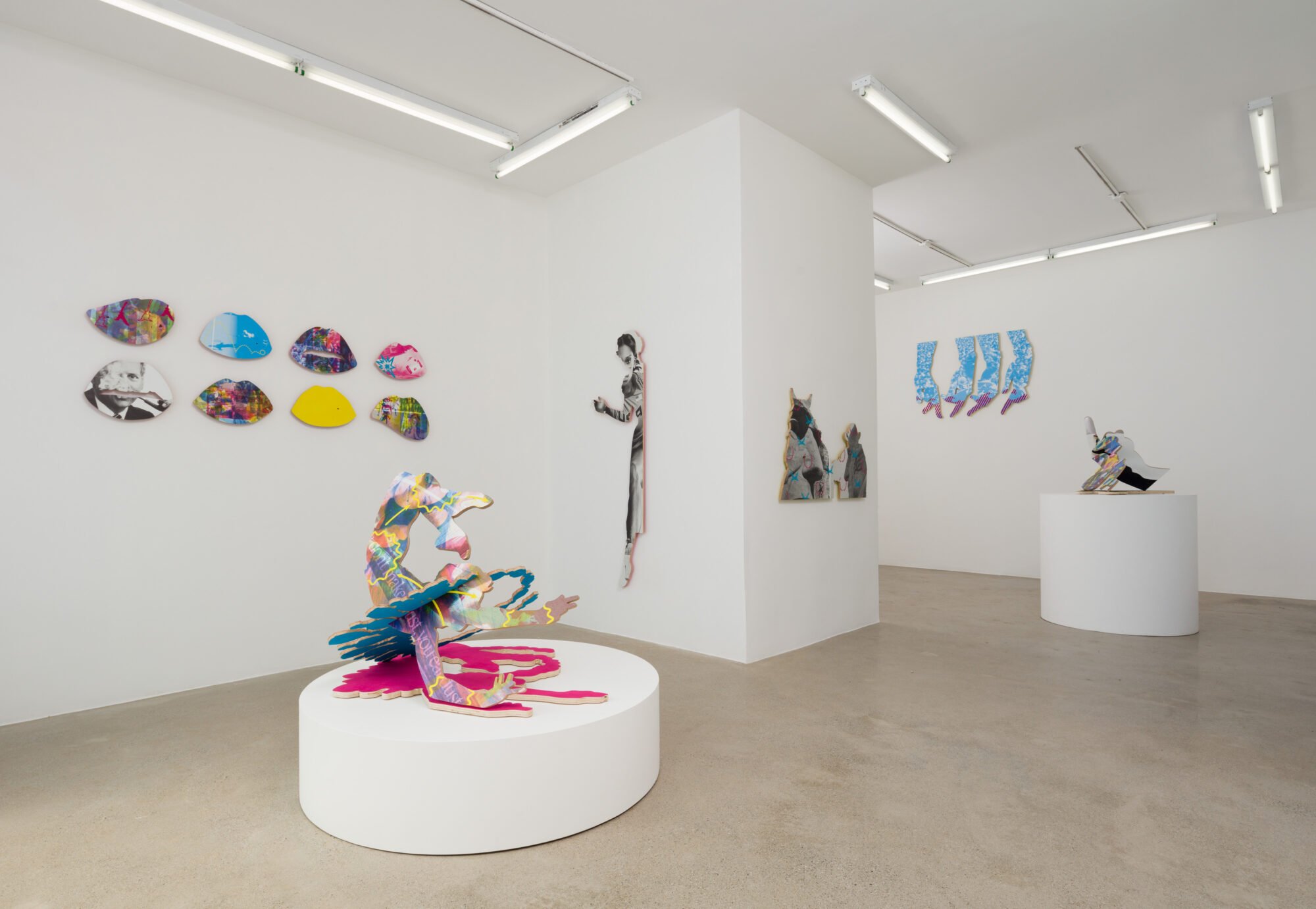 Anat Ebgi is pleased to announce Total Knockout, the gallery’s first exhibition with Los Angeles-based artist Julie Henson opening April 28 and on view through May 27. The exhibition inaugurates Anat Ebgi’s extended space AE2 located at 2680 S. La Cienega Blvd that will host a concurrent schedule of exhibitions, projects and selections of work alongside the gallery’s main space.

Comprised of inkjet and wood sculptures featuring images mined from an archive of American magazines, Henson portrays gendered notions of strength, power and celebrity seen through the prism of mass media. Her works are structured around formal silhouettes that reference the visual syntax of magazine layouts, while working within the physical space of trophies or theatrical props. The flatness of her sculptures are accentuated by the flocking done to their surfaces, which, as a treatment process commonly used for upholstery fabrics and textiles, accentuates the tension between perception versus sensation.

Drawing on her experiences growing up in a religious family in South Carolina, Henson points to parallels between how religious iconography and cultural norms are reiterated and maintained. The sculptures become reference symbols of power and consider the performative nature of identity, competing with the images printed across their surfaces that conflate content and form. Henson delves into the syncretic nature of mass media, questioning the legibility of symbols outside their context and what is revealed through such displacement. The work in Total Knockout treats the celebrity icons of the last half-century of American media as contemporary saints, using their image as allegories that transfer meaning from one image to the next. The result is a combination of advertising images from the past and present, often featuring iconic figures like televangelists, celebrities, politicians and sports heroes.

Julie Henson (b. 1983 in Charleston, SC) lives and works in Los Angeles. Henson received her MFA in from California College of the Arts in 2011. Henson has had a solo exhibition at the Columbia Museum of Art, South Carolina. She has also participated in group shows at numerous museums and spaces including the Torrance Art Museum, Torrance; BBQLA, Los Angeles and the Visual Art Center at the University of Texas, Austin. Henson’s work has been reviewed in the pages of Elephant Magazine, Artforum and Hyperallergic and was a 2017 nominee for the Rema Hort Mann Foundation Emerging Artist Award.