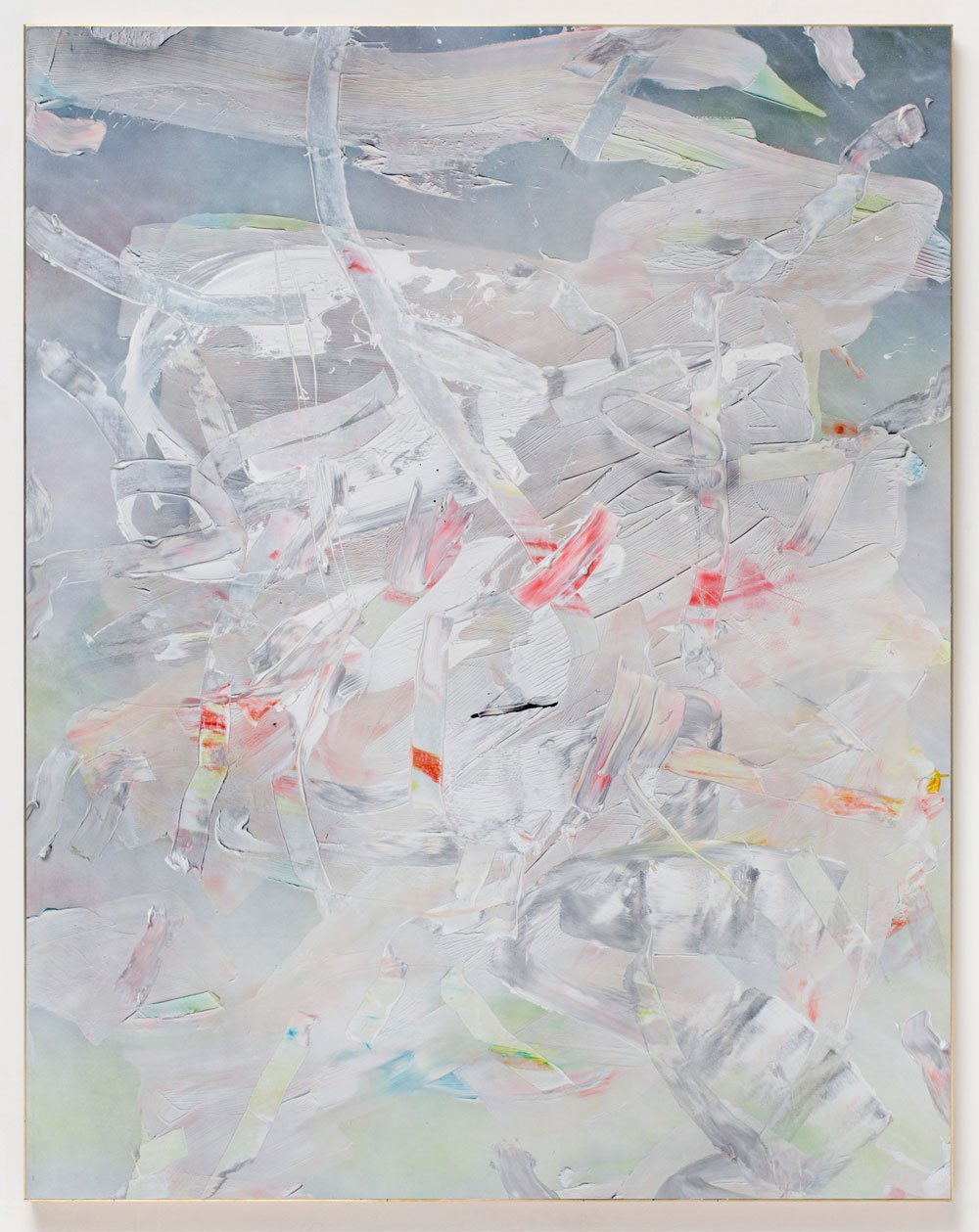 Characterized by the illusion of an excessive amount of paint, Joe Reihsen’s work consists of optics and illusion at play in colors of neon pastels. The ambiguity of the creation of the work, as digital production or studio process, pushes the boundaries of surface, color and the flexibility of paint as medium. Reihsen’s performative method captures and intensifies the earlier version of his work, leaving behind an acidic rainbow of lines, shapes and smudges that appear to be lifted from the canvas. His work establishes an opposition between his pleasing use of color composition and shapes balanced against the tension in challenging the viewer’s perception and knowledge of artist creation. The amalgamation of Reihsen’s techniques are entrenched in the language of abstract painting, while still exerting their relationship to contemporary digital culture.

This is the story of America. Everybody’s doing what they think they’re supposed to do, Brand New Gallery, Milan, IT