Angela Lane paints postcard-size landscapes, aligning herself with the art historical tradition of depicting environments of celestial and mysterious phenomena. Robust pastoral beauty, bathed in soft light or cloaked in fog, is offset by dramatic eclipses, comets, or twin suns. These phenomenons suggest a range of mirages and visions open to broad interpretation, which in Lane’s words “leave the events in the paintings to be their own messengers.”

The intimate scale of Lane’s oil on wood paintings, compels viewers to draw quite near in order to see them properly—giving the sense that these visions are your very own. Despite this commitment to the diminutive, the artist achieves a magnetic sense of drama and verdant solitude. Occasionally certain phenomena are repeated either in title, or through shared compositional elements, suggesting passage of time, or varying moods and emotional states.

At times informed by recorded accounts of unexplained meteorological events from the early medieval period, the artist also channels her mystical forms through automatism. Her loose brushwork and painterly articulations register gradually. Lane’s interest in spontaneity and inspiration emerges from the desire to look at the spirit and essence of the world, rather than record its surface details. 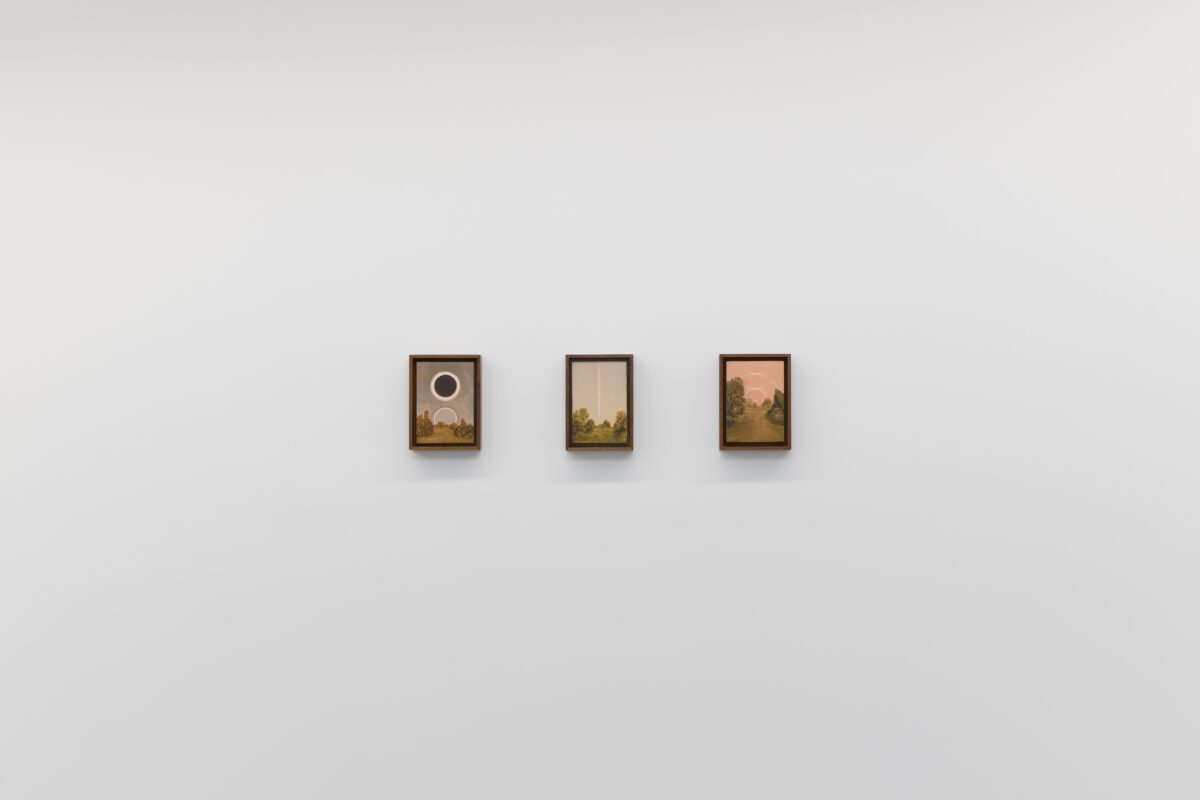 Angela Lane: Beside the Sun